A hybrid car basically has an IC engine which can drive the car directly and also charge the battery. I have seen claims of 80+ mpg with this system, but I am puzzled.

If all the energy comes from an IC engine and it takes the same amount of energy to propel the car, does the ‘more efficient’ drive train account for all of the savings?

It’s a rough normalization/harmonization of units that basically boils down to “distance per energy, combined across all engines and fuels”. A gallon of gasoline has roughly 33kWh of energy content, but the average driver doesn’t know what a kWh or joule is, so the EPA decided to convert it to “the rough amount of energy available in a gallon of gas, if you burned it all and captured it with 100% efficiency.”

Joules per kilometer (or rather, km/J) would’ve been more scientific, but mpg is what America demands.

The barrel of oil equivalent (BOE) is a unit of energy based on the approximate energy released by burning one barrel (42 US gallons or 158.9873 litres) of crude oil. The BOE is used by oil and gas companies in their financial statements as a way of combining oil and natural gas reserves and production into a single measure, although this energy equivalence does not take into account the lower financial value of energy in the form of gas. The U.S. Internal Revenue Service defines a BOE as equal ...

It’s just a way of expressing a unit of energy in terms of a unit of volume, by assuming that a processed fossil fuel has largely similar energy density from batch to batch (a pretty fair assumption), and thus a gallon of gasoline has a roughly approximate but consistent enough energy equivalent

If all the energy comes from an IC engine and it takes the same amount of energy to propel the car, does the ‘more efficient’ drive train account for all of the savings?

And on a hybrid, although all the energy initially comes from burning fossil fuel, there is less loss of efficiency by virtue of the electric drivetrain being more efficient. An ICE only operates efficiently at certain speeds (around 60mph), otherwise it’s literally burning gas without translating it all into forward motion. There’s also regenerative braking. 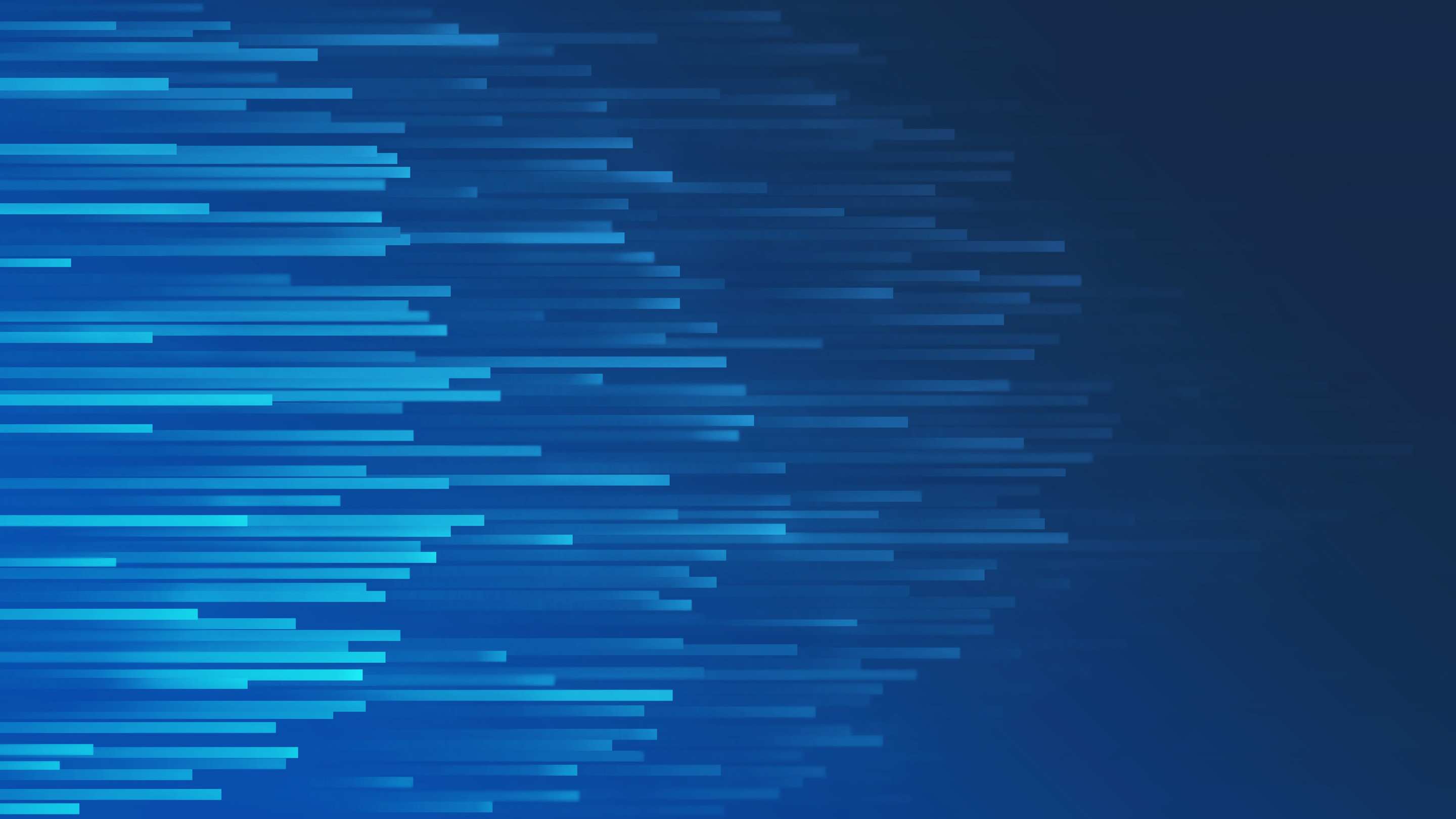 Why hybrid and electric vehicles are more efficient than conventional ones |...

There are two kinds of hybrids: plug-in and non-plug-in. For the latter, all the energy does come from the gas. The usually have a fairly small battery and get less mpg. Plug-ins (PHEV) have a larger battery and can be recharged from the grid. If they are plugged in daily (and apparently some people don’t[1]) they get much better mileage (the 80+ mpg cited in the OP is almost certainly from a PHEV). I’ve heard of people going months without using the ICE in their PHEV, so they’ll probably get far more than 80 mpg. It makes you wonder why they’re hauling around this heavy engine that they never use.

.
[1] In Britain, PHEVs qualified for a rebate just like EVs and apparently many businesses got them for company cars. The users of these often just skip the recharging. They’ve since significantly reduced the amount of rebate on hybrids, so companies probably aren’t getting them much anymore.

Some of the MPG efficiency comes from the city driving test, where you test for a lot of stops and goes. Hybrids will turn off the engine and use the electric motor for short distances and low-speed movement, so it’s not using much gas (other that the extra gas needed to recharge it later, but that can be done more efficiently than idling in a car). Plus, they have regenerative braking, so you can recover some of the energy used to go from 0 to 10 mph when going back to zero.

The other part is that you can get away with a much smaller engine, and use the motor for extra boost when needed (accelerating, passing). I think this is one reason why a turbo 4 cylinder engine can give you similar acceleration as a 6- or 8-cylinder naturally aspirated engine, while giving much better mileage when not accelerating. When cruising along at speed, your 8-cylinder, 5 liter engine is overkill and inefficient compared to a little 2 liter turbo, but they may both have similar torque when called upon to get on a highway.

Another factor (in addition to the more efficient drivetrain and regenerative braking) is that hybrid cars are usually designed for overall efficiency in every way. You could make a pure-ICE car with the same aerodynamics as a hybrid, for instance, but they usually don’t, because the people who care that much about efficiency are probably not buying the pure-ICE cars.

I’ve heard of people going months without using the ICE in their PHEV, so they’ll probably get far more than 80 mpg. It makes you wonder why they’re hauling around this heavy engine that they never use. -

Likely, it’s an only car and they want the gas range if it’s ever needed. Not much different from hauling around a huge battery pack in a long rang electric-only car.

It makes you wonder why they’re hauling around this heavy engine that they never use.

Range… a lot of folks can’t afford both a commuter electric and a separate car for road trips.

Edit: gotta learn to read the posts before me

That’s helpful. So the savings come from the high efficiency of an electric motor at low speeds compared to an ICE.

Rail Engines used to have electric systems where the big diesel engine is just a generator to power the electric motors which power the wheels. I believe modern ships use the same system. Does the engine in a hybrid car drive the wheels directly like a normal ICE car or is the drive always electric like the trains and ships?

Both. The gas engine → generator->electric motor system is called a serial hybrid. But there are also parallel hybrids where both the gas and electric can drive the wheels.

Hybrid vehicle drive trains transmit power to the driving wheels for hybrid vehicles. A hybrid vehicle has multiple forms of motive power. Hybrids come in many configurations. For example, a hybrid may receive its energy by burning gasoline, but switch between an electric motor and a combustion engine. Electrical vehicles have a long history combining internal combustion and electrical transmission – as in a diesel–electric power-train – although they have mostly been used for rail locomotive...

You could make a pure-ICE car with the same aerodynamics as a hybrid, for instance, but they usually don’t, because the people who care that much about efficiency are probably not buying the pure-ICE cars.

Nope. Because of CAFE and similar requirements in other countries, all gas-burning cars, whether ICE or hybrid, are very streamilined. And because range is a big selling point for BEVs, those are just as streamilned. There’s really not much room for improvement in any of them.

There are things they can do internally in terms of where things are located to make performance better, but that probably won’t change the mileage much. For example, putting the heavy battery very low in the car will make the car more stable during maneuvering. BEVs have this and I expect PHEVs do too. Non-plug-ins may as well, but their batteries are smaller.

There another thing. The efficency of a ICE will depend on the RPM. At lower or extreamly high RPM the efficiencies will be lower. With a Hybred the engine can be running at a constant RPM the most efficient RPM. And a Hybrid car also used dynamic braking.

Some one brought up Diesel Electric ships. With a direct drive ship the the engine RPM will vary between 10 and 120 RPM. With a Diesel Electric ship the engines will run at a constant RPM and VFD will be used to vary the prop speed. Plus with electronics today the ships hotel load can be run off the main engines. Won’t go into turbo electric ships that is old school and the main motor speed varried by varring the turbine speed.

An ICE only operates efficiently at certain speeds (around 60mph), otherwise it’s literally burning gas without translating it all into forward motion.

So the savings come from the high efficiency of an electric motor at low speeds compared to an ICE.

Speed isn’t the primary factor. Others have already explained this though so I won’t belabor it.

Trains still use a diesel-electric drive. One consequence of this is that it’s very easy to change the ultimate energy source for a modern locomotive: In high-population areas on the East Coast, they’ll stop running the diesel engine entirely, and raise a contact bar to overhead wires to power the train.

The thing about diesel-electric locomotives (which are basically series hybrids) is that a mechanical transmission wouldn’t be able to handle the enormous amount of power and torque, not to mention all the added complexity and potential for breakdowns. That said, the problem with a series hybrid is that you’re converting the mechanical energy of the engine to electrical energy for the motors then back to mechanical energy at the wheels, which hurts efficiency compared to direct mechanical connection even through a transmission.

In a small vehicle like a car, the reduced efficiency from the multiple power conversions is viewed as a poor tradeoff for the improved mechanical simplicity. A series hybrid car is more costly than a traditional ICE car, and still tends to be costlier than a parallel hybrid because it needs a bigger battery and bigger motors, offsetting the reduced complexity that comes from having no traditional transmission. So prospective buyers would be wary of paying more for something that’s less efficient, and the car company and dealerships would rather sell a car with more parts and potential service revenue.

Diesel electric trains are not Hybrids at all. Their only source of power is the diesel engine. The East coast engines are a dual drive system. Either power is provide by the diesel engine or the overhead lines, they do not use both at the same time.

The will use diesel electric drive when there is no over head lines to provide power, then when the come to where there are overhead line they will switch to shore power. It cost less for the electrical power than the DO. In Northern California there had been an effort to convert Cal Train from Diesel electric to overhead electrical lines to save money on fuel and polution. Large Stationary power plants are more efficient that existing train engines.

Diesel electric trains are hybrids in the same sense that hybrid cars are hybrids: In both, the burning fossil fuel is the only source of power, but it’s converted to electrical energy before being used.

And while, yes, there are losses of efficiency in converting between kinetic energy to electric energy and back, they’re fairly small, especially compared to the step where you’re converting thermal energy to kinetic.

Trains still use a diesel-electric drive.

Diesel locomotives always (as far as I know) used electric drives. The Diesel engine runs a generator that in turn drives a motor which moves the locomotive.

The reason for that was simple: A mechanical transmission for a locomotive would be excessively large and cost prohibitive. Trains have very different torque/speed profiles than cars .