Oh, and it was released as a single on this date. Radio stations got it a couple of weeks earlier.

On international plane flights where it’s an option on the entertainment system, I just put Nevermind on repeat.

I was 13 when it came out and it came to represent the music I associate with high school. Alice in Chains did release Facelift before this, but their Dirt album was after this and is more highly remembered by me. Ten from Pearl Jam was just released about two weeks earlier and also defined an era for me.

I don’t listen to Nirvana much anymore. I wouldn’t rank them as the best of the bunch, at least not since they only lasted a few years, but I think Nevermind was the MASSIVE album of the early 90’s. Hugely important.

Great song to be their lead single as well. I think Smells like Teen Spirit is probably one of the top songs to represent the 1990’s.

I was in high school, and it was a big deal there. I never liked it that much myself; I liked just about every other Nirvana single better.

Thank you for this! What an interesting take on a classic.

(Man. Adults back when “Nevermind” was released would be boggled to know we’d be discussing that single as a classic all these years later.)

I was 18, and the song had no importance to me at all.

I was a young adult back then, and it was apparent that Nirvana and the other Seattle “grunge” bands were ushering in a new era in rock music and its attendant culture. Metal had become so ridiculous much the way Disco became absurd in its latter years; the Seattle bands put it out of its misery. Many Metal enthusiasts, e.g. my late guitar playing friend and others, bemoaned the fact that Grunge and Alternative pretty much killed off the guitar solo in rock music; they’d have conniption fits to see that Kirk Cobain would be voted best guitarist in Guitar Player magazine.

I liked this song a lot. I still get a shot of “moshing energy” when I hear it. But in retrospect, there are many better grunge songs.

I was in my 20s when this came out and really wasn’t aware of it or the grunge thing. It wasn’t until Weird Al’s Smells Like Nirvana that I listened to the song and have come to enjoy it on its own.

Was never really that into them, but liked what I heard. But I remember the exact spot/time/situation when I heard Kurt was dead.

I was driving my boss’s nasty-ass truck* (dude smoked about 40 packs a day) to go pick something up, and I was parallel parking in front of the place when I heard it on the radio.

*Would have been a Fucking-A Awesome Truck if it wasn’t more or less an ashtray. It was some limited edition S-10 or something with like a drag-racing engine. Fun to drive, if you could keep your head out the window!

It was pretty big to me. Not really in life changing ways, but it got me out of the rut of listening to the same classic rock, or cringing at the new stuff which was occasionally fine, but didn’t really capture my interest.

At the time nationwide new music came from the radio, MTV, record stores, alternative weekly newspapers, and occasionally that cool friend who was a bit more in touch with counter culture. Sure, lots of places had music scenes, but it was extremely difficult to be in touch with the Seattle or LA scene unless you lived in Seattle or LA. If you were lucky, a cool record store turned you on to something special, but not at the Hastings or Tower Records in the mall, which is where most of us got our music.

Why was it Nirvana instead of any of the other grunge bands? I don’t know, Cobain’s melodies and lyrics? Perfect timing, some well placed payolla? Luck (for Nirvana)?

Nirvana’s best stuff was not the stuff that got played on the radio. I can’t remember the names of the songs bc it’s been so long.

I do remember “Grandma take me home” which I’m quite fond of.

I was in my late 20s, grew up on what is now the “classic rock” of the 70s. I hated most of the MTV oriented music of the 80s and had gotten pretty sick of the rock stations I used to listen to earlier in the decade, to the point where I pretty much quit listening to commercial rock radio altogether. So I missed out on a lot of 90s rock like Nirvana, Pearl Jam, NIN, etc. I’m not saying I don’t like it, but it just never had much of an impact on me.

Funny story though - my youngest stepdaughter (who turned 40 this year) was over for dinner the other night and she was wearing a Nirvana t-shirt. And she was telling us about how her 13yo daughter, when she saw the Nirvana shirt, said something like “Mom, you’re too old to like them!” And my stepdaughter told her “This is what I was listening to when I was your age!”

Nirvana’s best stuff was not the stuff that got played on the radio. I can’t remember the names of the songs bc it’s been so long.

I do remember “Grandma take me home” which I’m quite fond of.

That would be “Sliver”.

I thought it was OK, but nothing earth-shattering … certainly nothing new - I was already a dedicated Pixies fan and the … let’s call it influence …there was clear.

I wasn’t particularly a fan of the genre but it was undeniably a smash hit. It was definitely a major song from my formative teenaged years. My own musical preference went something like oldies - classic rock - punk (very brief) - electronica (now called EDM), and grunge wasn’t really in there. But it Nirvana was all over the radio, mixtapes, dances, parties, etc and unavoidable for someone like me during that period.

And the Weird Al adaptation is excellent. The video, too.

Man. Adults back when “Nevermind” was released would be boggled to know we’d be discussing that single as a classic all these years later.)

I was 30, and I could tell it was something different, something genre shattering. It wasn’t the same rock I’d been listening to all my life. And even I, an old fart, liked it. I’m not surprised we’re still talking about it.

Spoken like an old fart. Like someone that forgets that, when the music you liked came out, some other old fart said, “that isn’t music!”.

Even if yon think Nirvana is a “poorly mixed garage band” (I don’t), it led the way for “better mixed” garage bands to change the path of rock. Somebody has to break down the door of complacency.

Wow–kinda surprised to see that not a single one of the Billboard 100 hits from 1991 (when SLTS came out) or 1992 (when SLTS) has any special meaning for me at all.

Not even Rico Suave? 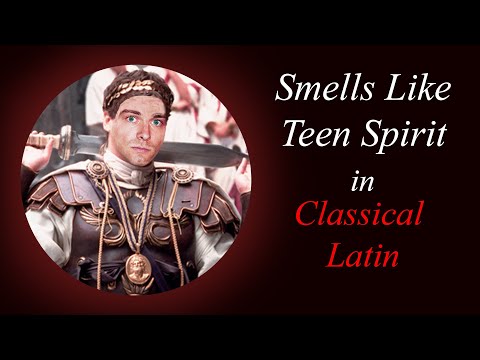