The few “hell yeah i’d fight” posters have my respect, but as i stated, I’d only join the resistance if i thought it was viable and gaining momentum. Guess that might me a coward, but Panache45 is a better man than I. I’d join him…eventually.

There is a certain tone to a lot of the posts that lead me to suspect, people aren’t answering directly to the OP because they think it is trick to get liberals to either welcome our Chinese Communist Party overlords or join with the NRA gun nuts, flag waving patriots.

Life isn’t bifurcated. Just say what you would do.

This, I think, the most plausible answer which the majority of Americans would take. Including myself. I might not like it, but as long as I don’t rabble rouse, my life wouldn’t change much. The SDMB of course wouldn’t survive internet censorship.

Empires have been conquering people forever. The common folk just go about their lives.

If a viable armed resistance was gaining momentum, i might join. But I don’t have any delusions of patriotic heroism. I might hope for some sudden fall of the Soviet Union/Berlin Wall type event.

Did any of you read the whole thread? It seems like your read the first few posts and decided i was conservative troll. Don’t congratulate yourself so fast.

These are my own answers to my own question. Which none of you bothered to read. You made assumptions.

No, you’re the one making assumptions, after bifurcating us and second-guessing our responses. And you were wrong.

You have violated Rule #1 (Don’t be a jerk), and it looks like your days here are numbered. It’s not your politics that are unwanted here. It’s your attitude.

And by the way, you never answered my query about this post:

Right wingers - what are your most left views, Left wingers your most right view?

Pro Lgbt (though i have my limits)

What are those limits?

Fortunately, I’m not interested in helping you convert this cryptic non-answer into something closer to an actual answer . . . 'cause I ain’t a dentist.

I would elaborate but the topic has been beaten to death. Just Semantics.

Really? AFAICT the subject that has been beaten to death is accepting other people’s prefered pronouns.
If you don’t want people to come to the conclusion that you’re avoiding a clear answer because it shows your true colors then you might want to stop being so fucking cryptic . . . it would go a long way towards making you a better Doper, in my eyes at least.

There are rules about discussing trans issues. Which i am not 100% clear on and will not elaborate on because i might run afoul of them and the topic has been beaten to death. 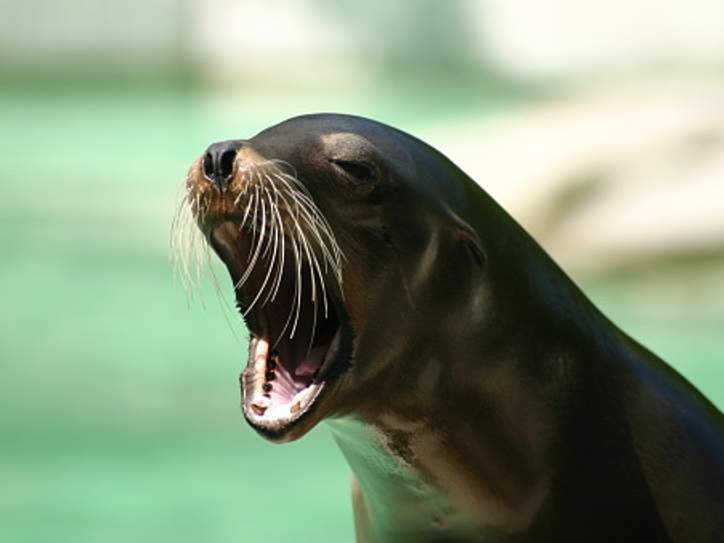 Yeah, I’ve seen enough. I’m not sure if I should call what I did before being “good cop” or just deliberately giving you more benefit of the doubt than I felt you deserved, but the point was to give you a chance to show you actually cared, or to hang yourself.

I see you chose the latter.

Nope. I disagree with you, probably on a number of topics. That does not make me a Sea Lion

It’s fascinating how many different types of trolls the SDMB attracts, and yet none of them manage to be the kind that ignore troll accusations.

From the "How to Be a Better Doper" thread:

Me and my friends have been here for 21 years.

Nobody lurks for 21 years. Not that I’m doubting he’s been here that long. That leaves only one other possibility…

I’m totally getting a vibe that this is that kid* that kept coming back with socks and begging for a second chance.
Who’s name I just can’t remember.

Yankees 1996 Champs, among other names?

I’m totally getting a vibe that this is that kid* that kept coming back with socks and begging for a second chance.
Who’s name I just can’t remember.

Luciano700. Googling the name, I see he is still posting at CityData.