I pit the asshole who drugged my wife

Perhaps you could make a deal with her - “if it happens again, promise me you WILL see a doctor, period.” Would that work?

Yes, though I don’t think I would need to do so. A recurrence would be likely to push her in that direction by itself.

Good point. To be clear, I didn’t say the only reason rohypnol is selected is that it’s more difficult to detect (according the the doctor in the article I linked to). All the popular date-rape drugs are fast: rohypnol (as fast as 20 minutes), ketamine (20 mins.), GHB (10 mins.), and alcohol (10-30 minutes, depending on amount, proof, and rate of consumption.

She has an appointment with a therapist tomorrow afternoon. The therapist is an LPC, but she may recognize a medical issue. Perhaps if she says to go to the doctor, my wife will agree.

Sometimes a suggestion like that is received better from someone besides your significant other.

When my then-BF came in from mowing the lawn one morning in April 2004, held his fist up to his chest, and said “there’s a kind of squeezing thing happening here,” I gave him two aspirin to chew and drove him one block to the local fire station. Having six burly firemen telling you that you need a doctor is much more effective than just having your girlfriend tell you. I knew if I had suggested it, he would have given me a hard time, and I didn’t want to waste time. He had quad bypass surgery five days later.

Having six burly firemen telling you that you need a doctor is much more effective than just having your girlfriend tell you.

To say nothing of the implied threat of being driven to ER with a burly fireman sitting on each limb and two spares letting you know non-stop what a dumbass you are.

Something similar to this happened to a friend of mine and me many years ago. We stopped by a bar for a couple of drinks before we met her husband for dinner - we were both very experienced drinkers with rather high tolerances-, yet we both got completely trashed. We somehow made it back to her apartment where her husband found us passed out in the living room, after we stood him up for dinner and failed to answer our phones. Neither of us has any memory of getting home, but the trip seems to have been uneventful and because of timing we’re almost positive that we went straight from the bar to her apartment.

I always assumed we were just egregiously overserved. And we had been drinking frozen margaritas made in one of those slushy machines. Although our memories are hazy, we both vaguely remembered the bartender pouring extra tequila ( a lot of it ) into the machine before he poured our drinks.

If it had been just me, I would’ve figured that I was just tired or stressed and that the alcohol had just hit especially hard, but it was both of us, and we knew how to drink.

I guess my point is that she may have gotten nine or ten or twelve drinks worth of Jack in her three Jack and Coke slushees without realizing it. It’s a very sweet drink and she might not have tasted the strength.

We called it “wapatui” (or something like that) in college. We had a “wap party” in my dorm during my freshman year (this was in Wisconsin in 1984, when the drinking age was 18), and that was the most inebriated I’ve ever been in my life. I saw an awful lot of girls get fall-down drunk that night.

The most wasted I’ve ever been in my life. I had no idea the alcohol content was that strong - I didn’t drink much, especially in college, so a threw a couple red solo cups of these back… Oof. I threw up all over my buddy’s spiral staircase and crawled into the bathtub. Never again.

I don’t have any experience with making drinks in those “slushy” machines, but it makes me wonder, because you make them in such a bulk quantity, if it’s possible to accidentally make them super strong. And given the high sugar content in most drinks that come out of those, you very well may not notice that you’ve consumed so much.

I have had some issues especially when I was younger with drinking way too much, and a lot of research echoes this–blackouts and types of extreme intoxication like that are often triggered specifically by consuming a lot very quickly. Like 8 drinks in 30 minutes (ballpark here) is a lot worse for causing something like a blackout episode than 20 drinks in 5 hours, even though in the latter example you drink way more alcohol.

I’m reminded of an incident with a relative of mine when I was down in New Orleans. I was in my 30s at the time and he was just out of college, and he was having hand grenades. He wasn’t nearly as experienced a drinker as me–I told him, so those hand grenades taste like kool-aid, but are like 5oz of hard liquor, that go down easy, can be drank in seconds, and taste like sugar. 5oz of hard liquor is a lot to drink fast, and if you have a few hand grenades you are in danger of a blackout and getting really fucked up. Despite my warning my younger relative over consumed them, and I basically had to carry him out of the bar he was so fucked up.

I kinda wonder if an over enthusiastic bartender could basically turn a whole slushy margarita machine into a giant hand grenade dispenser so to speak.

It takes a lot to get me tipsy (let alone drunk) but I got pretty smashed in Vegas on one of those slushy booths. I got a pina colada drink in one of those giant bong-shaped plastic yard cups, like this: 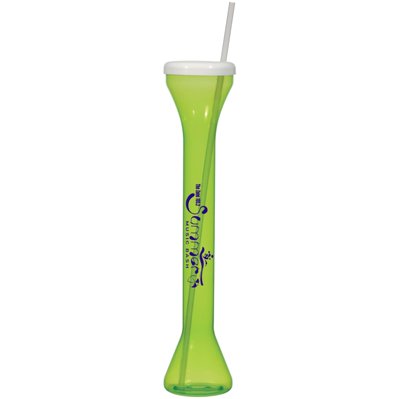 I asked for a little extra rum and gave a tip and holy crap did it deliver. I wasn’t able to walk straight. And it wasn’t that boozy-tasting. Granted, it was a HUGE amount, this wasn’t a little red cup from a frat party. But I wasn’t expecting it to hit me that hard, especially as little alcohol as I tasted. It was dangerous.

We called it “wapatui” (or something like that) in college. We had a “wap party” in my dorm during my freshman year (this was in Wisconsin in 1984, when the drinking age was 18), and that was the most inebriated I’ve ever been in my life. I saw an awful lot of girls get fall-down drunk that night.

We called it hairy buffalo - Hawaiian Punch, grain alcohol and sliced fruit, in a (clean) 55-gallon trash can. And yep, never again. Some of us woke up in the morning still drunk.

We always called it jungle juice. I once chugged a fifth of Jim beam at a party but when I saw that stuff being made I stayed far away, that’s shit is dangerous.

Trashcan punch in my day was equal parts Everclear and Hawaiian Punch. 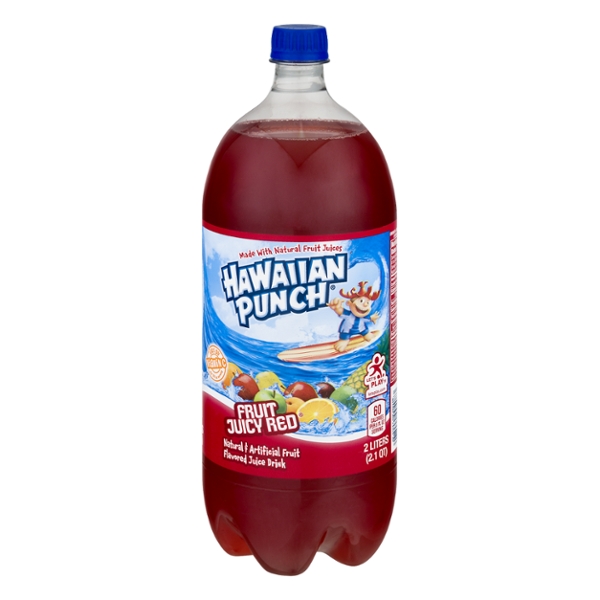 We called it “wapatui” (or something like that) in college. We had a “wap party” in my dorm during my freshman year (this was in Wisconsin in 1984,

It wonder if it must have been a WI thing - no one else I’ve asked ever heard that term. It always sounded like an ethnic slur. (I think we pronounced it “wop a tulie” with an L. Never saw it written down.)

Maybe an upper midwest thing. Wapatui or wap parties were big in Minnesota when in was in college in the '80s, too.

It most certainly is. 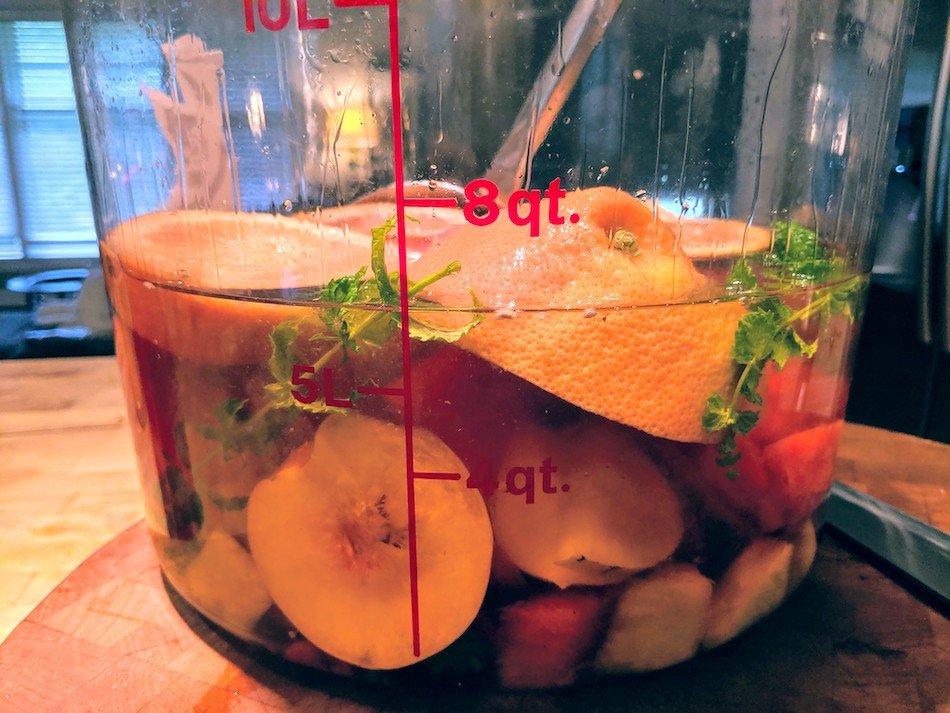 A drink for everyone, and no one, dear lord be careful.

Any recipe I find online for wapatui seems to come from the same upper midwest area.

I’m from the Pacific Northwest and I’ve never heard of it before this thread. I think I’ve heard of “jungle juice” a couple of times.

I think I’ve heard of “jungle juice” a couple of times.

That’s what they called it 20 years ago in Michigan.

Back to the OP: @Drum_God, how is your wife doing?

Thank you for asking. Unfortunately, I don’t have a good answer. Our other marital difficulties are preventing communication right now. The past week has basically been like living with a grumpy roommate. From her perspective, she would probably say that it’s like living with someone leading a completely different life. Our schedules don’t mesh right now, so we only see each other rarely. As I type this, it is almost 1:00am CDT. I just got home from work a few minutes before midnight. I think she came home briefly after her work, but she’s been out all night. I finally got a text from her that she is staying at a friend’s house (a female friend) because she’s had a bit to drink. That’s all I’ve gotten from her.

So, basically, I just pit my life right now.