In The Autobiography of Lucky Luciano, Charlie Luciano said that someone pointed out to him that he had the brains and energy to succeed in legitimate business. IIRC, he said it wouldn’t be as fun. The book was self-serving and uncritical, but there’s no reason to think that he wasn’t being honest about that.

Of course, in early twentieth-century America, an Italian immigrant from New York wouldn’t have been able to amass the sort of money and power he enjoyed as a capo in the Cosa Nostra; which probably helps explain present-day Hispanic and African-American crime bosses.

I figure most of these criminal movers and shakers are very intelligent but also not particularly well-educated. They’re typically making money as teenagers. Furthermore someone with that kind of personality might not make a very good lawyer, doctor, accountant, etc. Some people find that kind of lifestyle exciting.

They may have also missed opportunities. The American Mafia used to be much more powerful, in part because of discrimination against Italians. The main character in Goodfellas probably suffered form ADHD and dyslexia (before people really knew what these were, so no treatment options) so was doing very badly in school. He probably wouldn’t have graduated, or shouldn’t have achieved enough to graduate had he done so.

Different people perceive risk differently, as well. Chapo went years and years without getting caught. Yes, his quality of life suffered, but he was rich, protected, and could summon hot actresses (apparently he’s a big fan of Kara Del Toro, and met her once).

A few years ago I read a book by a reformed criminal. It was semi-autobiographical, although it ended differently (the main character got killed). He started as an extrovert who loved meeting people and partying. He made a lot of friends this way. He started making money, too, stealing cars, selling fake IDs, and so forth. By the end he was paranoid, hated meeting new people for that reason, and sacrificed friends for money, which is why they killed him. It was a very sad story. I wonder how many “master criminals” are trapped in that lifestyle.

Most law-abiding people think, “I don’t want to risk prison, or getting murdered by a rival gangster.” Like the merchant in Pirates of the Caribbean who refuses to get involved in pirate industry: “I’ll make an honest living and sleep well every night, thank you.”

But many crooks apparently aren’t afraid of getting caught, or prison. Harsh laws don’t deter them, they cannot be deterred. With that sort of mindset, a crime career makes a lot more sense.

Welcome to the Straight Dope Message Boards. I suspect you are equivocating on the kind of work, skill, and attitude that is required for and tends to criminal success versus legitimate business success.

There is some overlap, but there are significant differences too.

Wasn’t there a Freakonomics article/presentation on how in reality you can make more at McDonalds than starting a life dealing drugs or doing crime?

So, if you believe the media accounts, being a drug dealer in the height of the crack cocaine epidemic was a very glamorous life, in the words of Virginia Postrel. There was money, there was drugs, guns, women, you know, you name it – jewelry, bling-bling – it had it all.

What I’m going to tell you today is that, in fact, based on 10 years of research, a unique opportunity to go inside a gang – to see the actual books, the financial records of the gang – that the answer turns out not to be that being in the gang was a glamorous life. But I think, more realistically, that being in a gang – selling drugs for a gang – is perhaps the worst job in all of America. And that’s what I’d like to convince you of today.

As for bigger enterprises, I think that with big syndicates there comes influence and power in places with bad law enforcement and corruption. Paradoxically the war on drugs increases the power and wealth of those groups, one big reason why we need to end the war on drugs.

well, it’s interesting. drug cartels that make billions a year operate in the u.s. as well. yet, while they managed to corrupt latin american governments, cases of subversion by a cartel in the u.s. are very rare. so I think it’s just not just the drug war. It’s the drug war + low paid law enforcement + ineffective low enforcement + culture of corruption. Because the u.s. lacks the latter three, the cartels are not successful in corrupting officials in the u.s.

Oh well, you see, in the USA the corruption comes in indirect ways.

The money Police, prisons and local governments get from the war against drugs is a gravy train that they do not want to lose, hence the strong support for politicians that promise to continue with the war, regardless of the consequences to even their constituents.

For a local example, the marijuana legalization initiative prop 207 in Arizona did pass (Yay!) the opposition was virtually an AstroTurf organization with “Health” on their name and the Arizona Chamber of commerce. They may had sincere reasons to oppose the change, but as many pointed, it was just the powerful with conflicts of interests with the issue trying to find ways to continue to send poor people and minorities to jail, while the more well to do go regularly off the hook for the same “crimes”.

There have been studies made of the economics of gangs and drug dealing - this one is especially famous.

Sorry about the .pdf file, but in summary the reward is mostly signficantly less than minimum wage in return for far higher occupational risks to life.

Having worked with offenders, I can only offer an informed opinion.

In terms of risk assessment, offenders are at least as bad as the general population, and generally worse - like gamblers they concentrate on wins and fail to assess costs fully. They will concentrate on material gains over the short term, and fail to account for the same monetary value over the longer term, they fail to cost or evaluate time in prison, they fail or cannot understand how to cost the loss of relationships or ill-health or injury or reduced life span.

Some crimiminals do indeed work hard - but for very little reward, in the case of gangs and drug networks the artical I posted notes that the heirarchical nature of a stable gang means indivuals at the lower levels typically obtain less than 4% of those at the top, and those at the top in 1996 values were obtaining around $14800 per month whilst operating - but a 20 year or more sentence will tend too knock that down somewhat.

the economics of gangs and drug dealing

Your link does not go to the study, BTW the TED presentation I linked early was by Steven Levitt, one of the authors of the study you attempted to link to.

This looks like the paper you wanted to link to:

Thanks, I found out too late for the edit

In terms of risk assessment, offenders are at least as bad as the general population, and generally worse - like gamblers they concentrate on wins and fail to assess costs fully. They will concentrate on material gains over the short term, and fail to account for the same monetary value over the longer term, they fail to cost or evaluate time in prison, they fail or cannot understand how to cost the loss of relationships or ill-health or injury or reduced life span.

There’s also the factor that if you look at your circumstances and realize you’re probably destined to fail anyway, the idea of having some short term success before that inevitable failure may look like a good idea.

For the ones that can’t see the video in the early link, the TED presentation by Steven Levitt is also on YouTube: 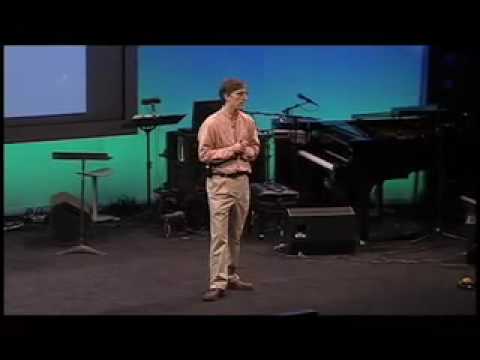 Ah well, we are both extremely well aware of the social factors that influence the liklihood of moving into a criminal career.

However the OP seems to be looking at crime more in a financial aspect - sort of divorced from the messy reality of everyday living - more as an intellectual cost/benefit analysis, and taken in purely monetary/effort terms there are specific reasons why crime does not tend to pay well.

The answer I guess is that the people who are prepared to work hard tend not to be attracted to crime, and vice versa.

Or at least they’re not attracted to what many people naively think of as “crime”: robbery, burglary, drug dealing, assault, murder, etc.

ISTM there are plenty of successful so-called white collar criminals who skim profits, cheat on taxes, fail to pay employees full wages, and generally skirt around many of the laws and regulations that inflict costs or obstacles upon them. There’s also of course the famous “pay to play” nexus between corrupt buyers and corrupt suppliers. With no requirement that the buyers be governments; many corporations are being victimized by their purchasing staff’s illegal methods.

Right up to outright grifters like e.g. the Bakkers, Trump University, Enron, and Bernie Madoff. Sometimes they start out fully legit then just lose track of where profitable shades into illegal. Others start out with a basic disregard for the law and a simple desire for profits by whatever means possible.

All are criminals, just not the kind with guns.

I think the criminal enterprises are more forgiving of adolescent mistakes. If I get a record for a few crimes and fail out of high school with F’s, I probably can’t get into many profitable career paths (at least not with high income).

Incredibly, there are people still being murdered and imprisoned for marijuana. I think all soft drugs (which is most drugs by far) should be decriminalized. I’m very reluctant to decriminalize traffic in meth, opiates and crack but I’m open to being convinced otherwise.

A lot of talk here about drugs, largely indicating it’s not going to lead to criminal success, so not really relevant.

Look into the case of Peter Maggio to find a successful criminal. He used organized crime to make the Maggio Cheese company a success in the world of legitimate business. Instead of branching out into other areas of crime he stuck to ‘convincing’ stores and restaurants to carry his cheese products, and ‘convincing’ his competitors to stay out of town.

Transition to legitimate business or becoming a head of state are about the only ways to find success for a criminal.

It’s not hard work alone that leads to success. That is the same fallacious logic that underlies a lot of conservative political ideology. “I got where I am through hard work, so why doesn’t everyone else work as hard?”
People become criminals for a lot of reasons, and then they become successful criminals from some combination of hard work/opportunity/luck. Same as for any other economic activity.

We can go into the weeds of “hard work”. To me, “hard work” means consistently doing what you don’t like to do but what is necessary to achieve your goal. It’s a mental quality very closely related to conscientiousness. It doesn’t mean “hard labor” in the physical sense of it nor does it mean working long hours.