In defence of Russia

Russia is increasing personnel and material.

Cite? Certainly they are piling more bodies in, but every single indication is that it’s Russia running out of material. Tanks, missiles, hell even UNIFORMS are in increasingly short supply. Even RUSSIAN media sources are talking about a structured withdrawal from Kherson.

The Wagner group is making very limited gains along one small stretch of a very long front. That’s it.

Look, Russia may still “win” this via the use of scorched earth tactics and/or WMD. But they’ll have done so by literally expending a significant portion of their future populace - either thru diaspora or direct battlefield attrition. It’s almost the very definition of pyrrhic victory - especially given that the terms of the victory will ensure they get next to no economic benefit from the gained territory.

the more hardened Russian lines have been slowly chewing up Ukraine offensive and defensive forces. Resupply of personnel and material is slowing. Russia is increasing personnel and material. It does not look good at all…I can see the Russian plan. let Ukraine deliver their forces to us and wear them down

I’m afraid this may be true. We all rejoiced last month at the Russians running away in chaos. But the silence for the past two weeks implies that there is no good news now.
And it’s not only silence from official Ukrainian sources, but also from other western sources. Last month the news showed lots of talking heads and “expert analysis” reports from various retired generals and defense ministers, from civilian satellite photos, etc.
It’s a long, cold, dark winter ahead- millions of civilians living with no electricity, and no way to re-build all the destroyed transformers. After the Republicans win elections next week, America will stop supporting the war.
How long can Ukraine last?
I am sad today.

I know. Every time I use material, I thought I should use materiel. But I thought people might nitpick that mistakenly. Second guessing. Also, I never bothered to look up if my first impulse of materiel was officially right. So you double nailed me on that bit of laziness.

Apparently even a Ukraine military official stated that Russia is adding to Kherson forces not with drawing. But the sources do not provide a direct link I can post. But the sources never state such a thing if it is not there. I will try again to find it.
It is likely that the the more lightly equipped forces that have been defending Kherson are being taken out as reinforcements come in. So troops and materiel are going east as well. Looking like a pull out.

So far it does not look like Russia needs to resort to scorched earth tactics. Maybe so if it drags out long enough. But Ukraine is under a lot more strain. So it may not go so long.

I’m going to make it official now and instruct you to stop posting in the Russia invades Ukraine breaking news thread.

When the new one starts shortly you are not to post in that one either.

Even if it is legitimate breaking news? Not the officially allowed jokey, snarky, sarcastic, drivel?
Said from the pit.

You’ve been instructed, have fun but stay out of that thread.

Fun?
It is not fun to me to watch this war and contemplate it’s possible outcomes. Or it’s ongoing death and destruction. People in the threads I am/will be banned from seem to have a lot of laughs about it. Guess the BBQ pit might be the only serious place for this.

I want to get in my last blast of woefully uninformed propaganda.

Congratulations, you succeeded in your goal spectacularly. I couldn’t make it past the second paragraph of your tl;dr masterpiece due to the amount of propaganda horseshit. “Mostly entered via the Donbas areas that were ready to welcome them in” - are you channeling your inner Baghdad Bob or is that the verbiage you were told to use at the Russia bot farm?

What a fucking troll

The Donbas areas had been fighting the Ukraine military since 2014. Asking for help from Russia all the time. Getting some help from Russia. But Russia kept hoping the Minsk accords would actually be enforced. They were not. 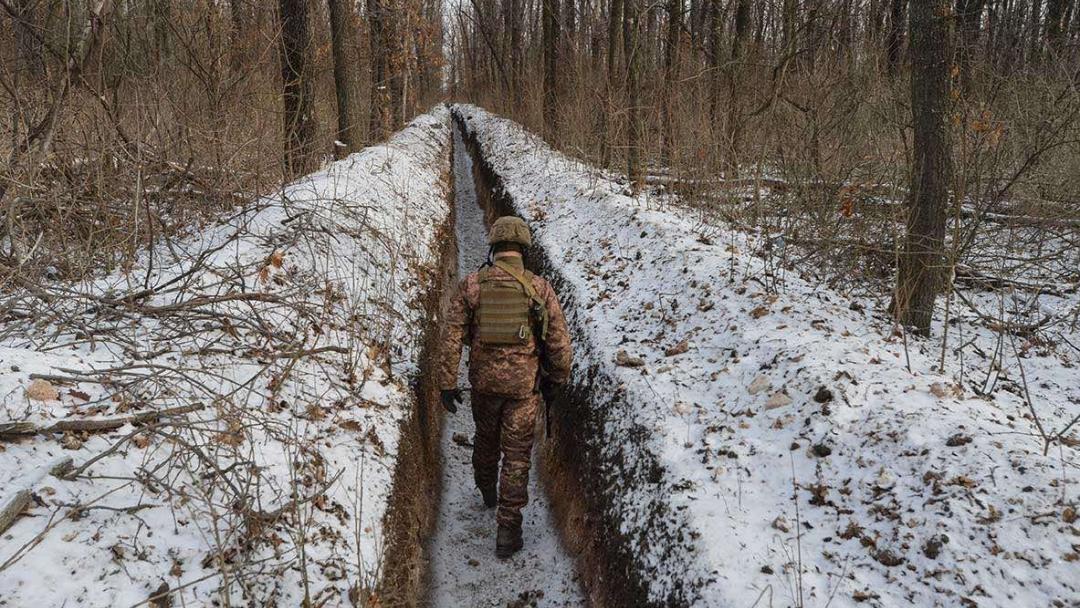 I wish there had still been more room for talk.

Russia: “Surrender and give us control of your country or we’ll keep raping and killing your people.”

The idea that Russia just needs more manpower or more gear is a joke. This war has revealed the deep, deep rot in both Russian society and the Russian military – it’s riddled with corruption, to the point that not a single institution appears capable of reacting to real world circumstances. This starts at the top – those close to Putin are afraid to give him bad news, as well as being afraid of jeopardizing their own personal wealth and benefits accrued due to being close to Putin. And this assuredly continues at every level – everyone is afraid to tell the truth, and afraid to put in danger the money they’ve made from selling equipment and favors. It means that missing gear isn’t reported, missing men aren’t reported, etc. Nothing can function well in this kind of kleptocracy. And nothing will change with Russia’s military performance until the entire system is broken down and built up again.

Russia can’t win this war. All they can do (and pretty much all they’ve done since the first few weeks) is cause death and destruction with no military purpose.

The Donbas areas had been fighting the Ukraine military since 2014.

Russian troops invaded the Donbass in 2014. The Donbass war was largely Ukraine versus Russia.

But the sources never state such a thing if it is not there.

Yes, they certainly do, if the “sources” are spewing propaganda for suckers to read and believe.

But Russia kept hoping the Minsk accords would actually be enforced. They were not.

You mean the accords that Russia repeatedly violated? Like hundreds if not thousands of times? Yeah, too bad someone didn’t stop Russia from being a bunch of colossal douche canoes. Russia continues to be the biggest douchebag country in the world. NK looks on longingly…

But Russia kept hoping the Minsk accords would actually be enforced.

Have you actually READ the Minsk Protocol agreements, or even a reasonable summary thereof?

Answer: None. It wasn’t in Russia’s interests to dial back the DPR/LPR separatists, so Russia did nothing to dial them back. Other signatories were supposed to enforce their parts, not Russia.