In the absence of legal options, does a black market for slot machines ever develop?

In areas of the world where various forms of gambling are officially illegal, you see underground sports betting, underground poker tournaments, underground casinos with roulette wheels and craps tables etc. But I don’t think I’ve ever seen anyone report on underground slot machines. Given that slot machines are by far the biggest money maker for legitimate casinos, are there black market slot machine emporiums or is it just not a form of gambling that there’s latent illegal demand for if there are no legal options?

If you google “illegal slot machines” you get a bunch of hits, so it does certainly happen. You have to be pretty dumb to be putting money into an unregulated black box, but there are plenty of dumb people; and of course (depending where they are) people may not realize that they are illegal and unregulated. 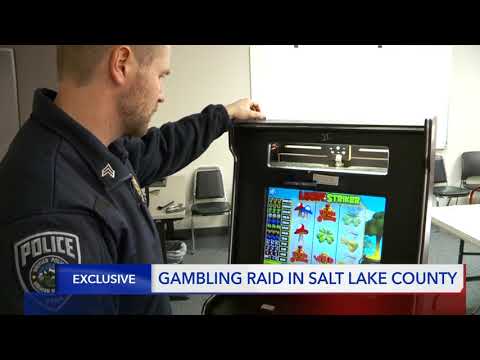 Although I was ninja’d …

Not on the next block so much as next door. Makes it easier to get the lightly used plush toys back behind the prize counter.

I’ve got a slot machine at home. It’s a vintage, entirely mechanical, “Castle Front” nickel machine. It’s old enough to be legal where i currently live (WA) and where my wife bought it (CA). My mother-in-law lives in Nevada, so all her slot machines are legal. One of them was not technically legal when she lived in California. IIRC, she got it in Reno and brought it back home. It’s old enough now that it would be legal in CA if she moved back.

True private ownership isn’t something that law enforcement bothers with on its own. But if she had it set up in the back room of a laundromat or something, that would be different. (More, she never and would never do that. She just likes to play slots without losing money.)

I agree with others - I wood put a penny into an unregulated slot machine. Easy to easy too rig. Our Castle Front payout rate can be adjusted, but I don’t know how. I’m lucky I was able to learn how to clear out the load of random foreign coins my idiot nephew crammed into it when we hid the cup of nickels.

Black market? There a market for machines after the legal casinos are done with them. I doubt they have much appeal for an underground casino. An illegal card game or craps table can be cleared quickly enough. A slot machine is fucking heavy evidence.

I was briefly, very briefly, member of one of those Faternal Order of Eagles and they had illegal slot machines in them. They were computerized, though maybe I’m thinking of the wrong thing. Might have been poker machines, which I guess are different?

At least once a week I drive by a company called Slot Machines Unlimited. Am going to stop by one day, out of curiosity.

I don’t have any cites or proof. Bu where I am, a lot of American Legions have illegal slot machines in a back room. Joker Poker machines as well (the one I was a member of had four in the back). The are rented by and maintained by a local video “game” company (not on the books).

Many years ago I stopped into a donut shop somewhere that was off my usual path, and there were two video slot machines hidden in the corner, one of which had someone playing it. I assumed that they were not just for fun. Given that it was a donut shop, I assumed the cops knew about it and took a piece of the action.

I’m not sure why there would be much draw for this because the Detroit casinos were not all that far away. Maybe people preferred losing money to local businesses.

I don’t have any cites or proof. Bu where I am, a lot of American Legions have illegal slot machines in a back room. Joker Poker machines as well (the one I was a member of had four in the back). The are rented by and maintained by a local video “game” company (not on the books).

This is pretty much what I was saying with that Fraternal Order of Eagles thing. Yeah, it was illegal and we were told to not make a big deal out of it. I don’t think the police were exactly busting down the door on little places like this.

Bu where I am, a lot of American Legions have illegal slot machines in a back room.

Just what I stopped in to say. The local Legion post had four such machines. They didn’t contain any money, but they certainly printed tickets that were redeemed at the cash register behind the bar. They were quite popular with some of the patrons.

However, under pressure from the local authorities, these machines were recently removed. The fact that a Native American casino recently opened about 15 miles away may have had something to do with this action.

Place closed, thank God. Had a lot of friends who blew a lot of money.

I played here and there, but not like the ones who’d blow a few hundred bucks a night

EDIT. One machine did a ticket. The other slot machines did quarters.

I would imagine the biggest thing that would deter people from playing illegal slot machines is that you can’t compel the illegal casino to actually pay up even if you won - or complain if the machines were rigged. It’s not like you can sue them in court.

The other slot machines did quarters.

Forget the gambling, market it as a change machine for people who have to use pay laundry machines. Back when the first casino opened where I lived, I was walking up to cash in a bucket of quarters, when I suddenly realized this was enough quarters to do my laundry for a year. Best part of the casino, hands down.

The kwik e mart attached to a local gas station and a nearby tavern both had ‘video poker’ ‘game of skill’ machines. I wanted to ask what the deal was. But, my Cathode sense tingled and I kept quiet. What’s the deal?

In a lot of jurisdictions, a “game of skill” isn’t considered gambling, so they’re technically legal. Poker was the classic example of this, where people said good players could win consistently, more than random odds would allow.

In Missouri we don’t just have illegal slot machines, we have people calling the state regulators asking how they can get in on the action. 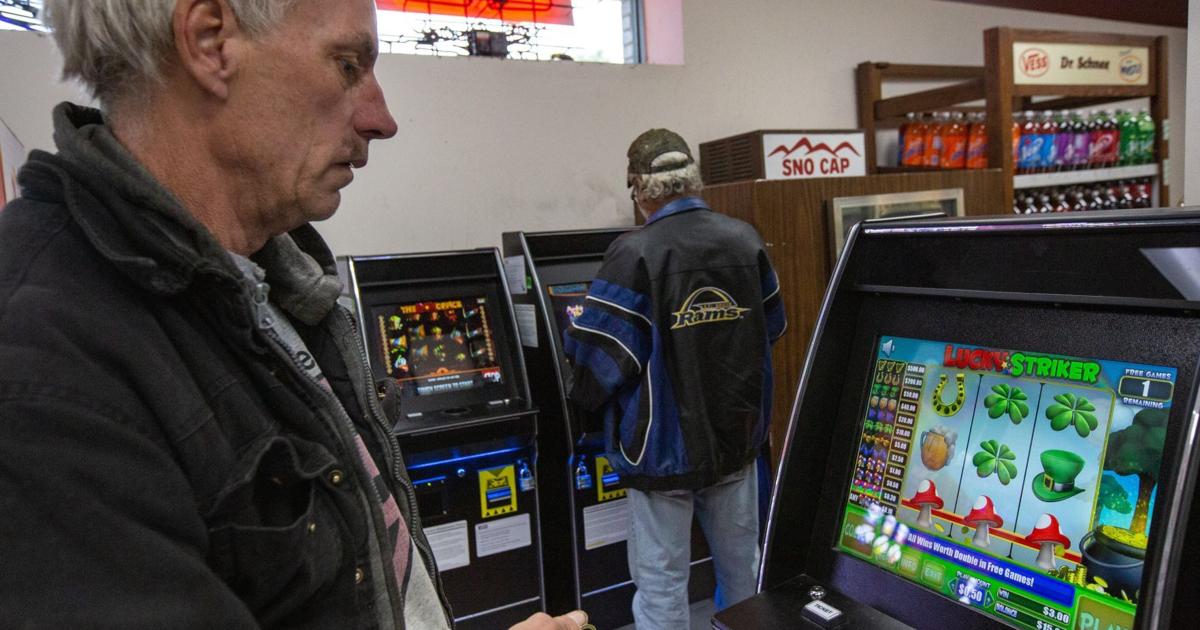 Some people call the Missouri Gaming Commission in hopes they can bring illegal slot machines into their businesses.

In Missouri we don’t just have illegal slot machines, we have people calling the state regulators asking how they can get in on the action

The machines in that picture look a lot like the ones that were in our local Legion. When I asked about them, nobody seemed to know who owned them.

I remember seeing a (civilian) job posting with the Toronto police in the gambling section and they mentioned illegal slot machines as something that the job would deal with.