Interesting examples of "To put it in perspective" things

Finally this guy from Germany, who had been sitting there the whole time listening to the conversation, piped up and said “You know, my parents’ house is older than your entire country .”

Yeah, I had it kind of hit home like that when I went on my study-abroad to Oxford England (Trinity College), and the newest buildings were from the 1920s. The oldest at my undergrad alma mater dated from about the same time frame.

My favorite is the contention that computer hard drives are put together with such precision that the drive heads are so close to the spinning platters, and the platters are spinning so fast, that the real world equivalent is that of a 747 flying six inches off the ground at 600 mph.

Indiana is only 200 miles from Arkansas.

And West Virginia is only 85 miles from Lake Erie, by the way the crow flies.

and the platters are spinning so fast, that the real world equivalent is that of a 747 flying six inches off the ground at 600 mph.

And, spinning disk is touchy at altitude. Because the air is thinner, and it uses air as a cushion between the head and the disk. Things can get dicey over 10,000 feet for laptops and such because a laptop gets bounced around. Airplanes are pressurized to ~ 7000 feet.

I had a spinning disk on a laptop and couldn’t figure out why the thing would sometimes just go insane. I live at 11-2.

It is almost closer to London, England than to London, Ont. There is a signpost on Signal Hill, St. John’s that gives those distances and London, Ont. is only a few miles closer.

If every artery, vein and capillary was removed from your body and placed end to end…you’d be dead.

The drive from San Diego, California to El Paso, Texas (725 miles) is shorter than the drive from El Paso to Houston, Texas (747 miles).

One that came up at my last high school reunion (about 4 years ago): Teenagers today still listen to Led Zeppelin. That’s equivalent to us listening to Benny Goodman or Count Basie when we were in school in the early 80s

“You know, my parents’ house is older than your entire country .”

A few year back, we were planning a road trip from our area, up to Quebec. We invited one of our former summer students to join us if he wished (he wound up not coming, though). I was trying to put the trip in perspective - and could barely find a point to point drive of the same distance in his country (Germany) that was as long as our not-that-long-by-US-standards trip.

My husband’s grad student advisor told the tale of a student from Europe who wanted to buy a cheap used car and see the country. “If it breaks down, I’ll just walk the few kilometers to the next town”. The prof pointed out that in parts of the western US, “the next town” might be 30 miles away in dangerous conditions. IIRC, the student bought a bus ticket.

The introduction of the Big Mac is closer in time to World War 1 than to the present day.

My high school graduation is closer to World War 1 than the present day.

“You know, my parents’ house is older than your entire country .”

Yeah, most people don’t know that the modern state of Germany is 95 years younger than the USA.

My high school graduation is closer to World War 1 than the present day.

My high school graduation is closer to the presidency of Teddy Roosevelt than the present day.

If Back to the Future premiered today, Marty would travel back in time to 1992.

We have lost 844K American to covid, over 2 years. More Americans than died in the Civil War, the bloodiest American war over 4 years.

If a disease has a “99% survival rate”, but spreads throughout the nation, it would be the disease that killed about 3.5 million Americans.

If a disease has a “99% survival rate”, but spreads throughout the nation, it would be the disease that killed about 3.5 million Americans.

This is something I’ve tried to hammer home again and again - a 1% fatality rate is not trivial at all, it’s very serious - not to mention the countless millions of others who suffer severe organ damage.

But to many, “99%” sounds high enough to be the be all and end all of an argument.

Queen Elizabeth and Marilyn Monroe would be the same age.

If Back to the Future premiered today, Marty would travel back in time to 1992.

I shopped for clothing the other day the first time in two (Covid-)years and saw flannel shirts everywhere. So it’d be a good time for Marty to get dressed now and travel back to the heydays of Grunge…I’m sure you can also still find ripped bluejeans and worn out tennis shoes.

The movie “Toy Story” is closer in time to the Viet Nam war, than to the present day.

The movie Gone With the Wind is closer in time to the actual Civil War than to the present day.

Wil Wheaton is now older than Patrick Stewart was when Star Trek: The Next Generation premiered.

The premier of Star Wars is closer in time to the premier of The Wizard of Oz than the present day. Or Gone With the Wind if you prefer.

Or “The United States, as a nation, is so young that it is only about as old as the lifespan of 3 octogenarians put end on end.”

Growing up, when I was about 8 I was introduced to a man who told me with some glee after I shook his hand that I had shaken hands with a man who in his youth had shaken hands with President Washington when he was in his youth … I didn’t really doubt the guy, he was at the time 92 or 93 [this was in 1969, and we were at some sort of political thing in Albany] which would have put his handshaking back around 1880, so if that guy had ended up in his late 90s it would have been plausible. Not casting aspersions, but it is the sort of thing that one might tell to a young kid so I took it with a youthful grain of salt. It does point out, however exactly how young the country of the United States is. I have actually sat down for a drink in a bar in a building where there has been a bar since 1200 or so. mrAru just joked that when they were on Sardinia they hit a bar that was in a building that was there long enough they probably had legionaries hold bar fights within =) 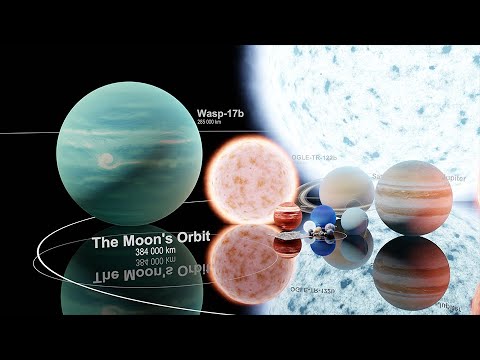