I’m getting tattoos and they’re all based on mathematical symbols and images. I have Pi on my back, Phi on my shoulder, and a drawing of a 3-“sided” Mobius strip on the left side of my chest.

Next I’m planning on doing the infinity symbol, but after that, I’m out of ideas.

Good choice, by the way, for a theme. I’d say you’ve got to work e and i in there somehow. I believe the magic equation that contains lots of important math symbols is e[size=-1][sup]i(pi)[/size=-1][/sup]+1=0. Or, if you can add the chemistry, Planck’s Constant, written as h, is important, too.

“a[sup]n[/sup] + b[sup]n[/sup] = c[sup]n[/sup] has no positive integer solutions for n > 2. I have a truly marvelous proof of this proposition which my body is too small to contain.”

There’s a bunch of cool diagramatical proofs on this page. I posted with the one on top of the page in mind. Proof 22 is pretty, too.

There’s lots of cool geometry pics on this page, The Geometry Junkyard

Take a look at the Fano mnemonic for octonion multiplication.

How about a Steiner Chain:

there are a lot of interesting anomalies in the book A Dictionary of Curious and Interesting Geometry. (Ignore the dorky cover on the current edition) 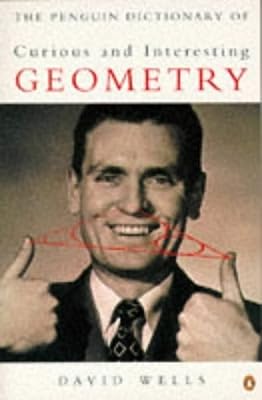 Curious and Interesting Geometry, The Penguin Dictionary of (Penguin Science)

Howzabout the 47th problem of Euclid? Not really an anomoly, and it’s been mentioned before, but how often do you get a chance to shout “Eureka” and sacrifice a hecatomb?

Trying to figure out just what a mathematical anomaly is is like driving two flats crossing the border to Mexico: I’m out of ideas.

If you just mean cool mathematical stuff, I can throw some stuff out there.

One of my favorite mathematical formulas is that for the function of a normal distribution. [Link.](http://mathworld.wolfram.com/images/equations/NormalDistribution/equation1. gif) It’s just so simple and pretty and describes something so common and profound in statistics.

Another simple and profound thing you could forever etch into your body could be something to do with Boolean algebra, like maybe a Hasse diagram.

Oh, and have you considered a fractal? That would be nerdy, Woodstocky, and awesomey.

Box fractal - Almost doubles as a neonazi symbol
Antisnowflake
And for the super pretty, a star fractal.

Something from topology would also be fairly hot. Unfortunatly, I’m a total topology noob, so maybe someone else could point you to something good there. I was trying to find something on a Calabi Yau space or a Hodge diamond, but couldn’t find anything worthwhile.

You mention phi but do you have the “Golden Ratio” and rectangle within a rectangle drawn out with the nautilus spiral inside traced out? I love this one myself.

I’ve got Pi on my back too!

How 'bout a Klein bottle (goes well with the mobius strip), or Gabriels Horn.