Is flu transmission likely while we are ultra-careful to avoid covid-19?

Since Mrs. CC has an immune deficiency and a lung disorder, we are extremely careful in our behaviors so neither of us contracts covid. No one comes into our house. We visit no one. We do not eat at restaurants, inside or out. We spend no more than 10 minutes in any store - with masks - and stay distant from anyone else, and only go into any stores about once/week, at most. We wear masks all the time outside and avoid walking near anyone. I can’t help but think that our caution will also protect us from the flu, so I don’t see the reason to get the shot. Is my reasoning sound? Qagtop, or other physicians, you around?

Not a doctor, but unless your wife’s doctor or your doctor recommend against it, why not take the extra precaution of a flu shot?

I hope this is okay as it’s not meant to be facetious, but just because she’s on birth control, doesn’t mean you shouldn’t wear a condom. Double measure against pregnancy and protection against other diseases.

At the risk of stating what you may already know …

IMHO (as somebody with a primary immune deficiency myself), I’d run all questions like this one by her treating immunologist … no matter which way you decide to go.

I can’t help but think that our caution will also protect us from the flu, so I don’t see the reason to get the shot. Is my reasoning sound?

You haven’t given any reason for not getting the flu shots, just reason for why it’s not likely to be needed as much this year. It’s certainly extra protection for extremely little risk, why not take the shot?

If people wear masks, and stay 6’ apart transmission does drop. As been seen where the flu season has already begin.

But does NOT disappear.

As your wife is at high risk, she should def take the extra precaution and get the shot, I should think. 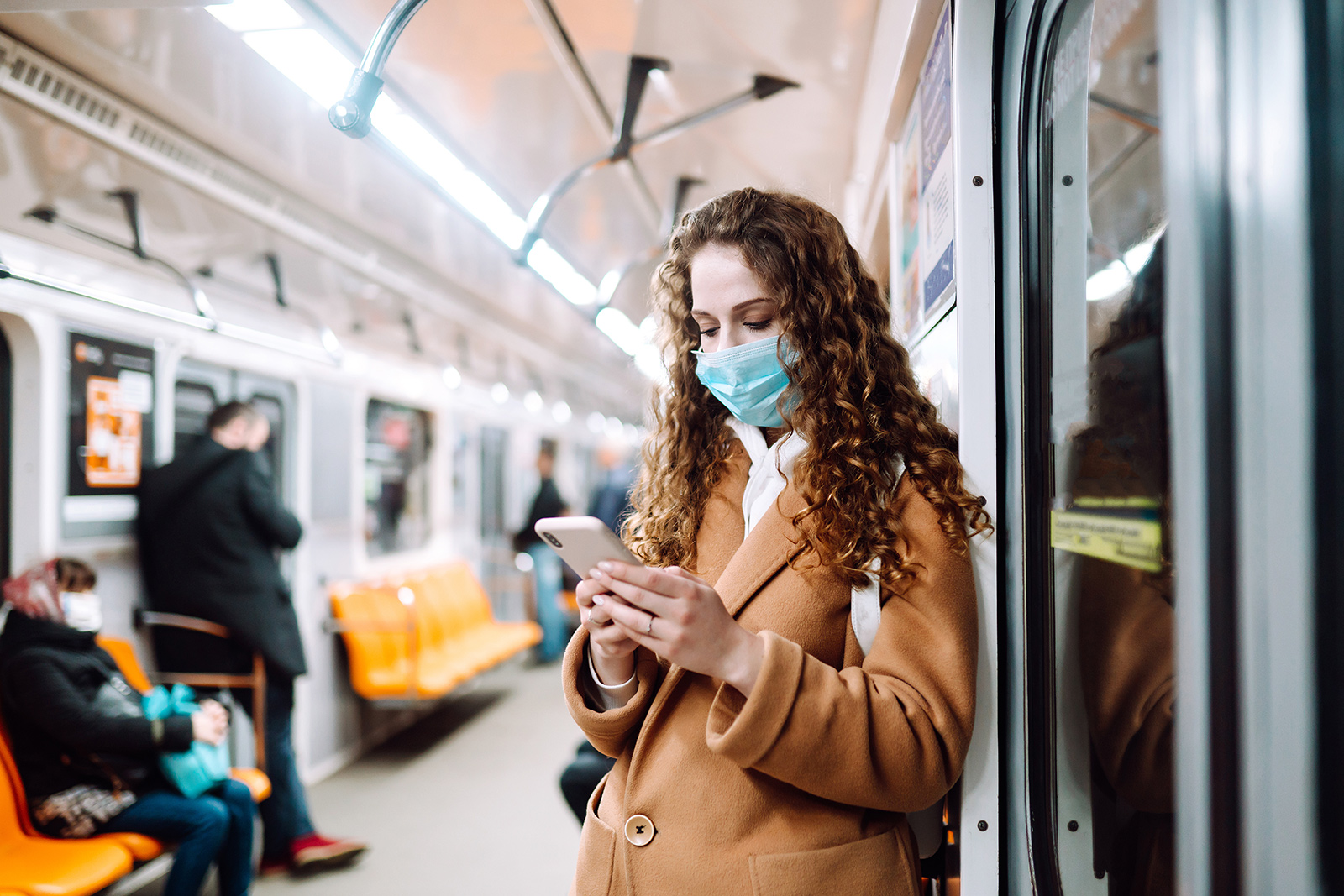 Definitive proof that 2 simple things protect you from COVID-19 and other...

The preventive measures that can reduce your risk of catching the novel coronavirus can also protect against another infectious disease, influenza. Face masks and social distancing measures reduce COVID-19 spread, but they also work against other...

US health experts still recommend that more people get flu shots this year, to further reduce the risk of getting infected with flu viruses. The flu vaccine could also prevent a dual coronavirus-flu infection down the road. The recommendation is worth following, especially in communities where there’s a tendency to avoid masks and ignore social distancing guidelines.

I can’t help but think that our caution will also protect us from the flu, so I don’t see the reason to get the shot.

As noted, the reason to get the shot is because your current methods are not 100% protection; the shot provides an extra margin. My wife and I don’t have any major health issues, and we get all of our groceries delivered, but we’re still planning to get a flu shot this fall.

I can’t think of a good reason not to get it, other than your doctor actually telling you shouldn’t get it.

Since this involves medical advice, let’s move it to IMHO.

I’m getting my flu shot this week. And I’m due again for the pneumonia one, so I’ll be getting that at the same time.

I hope this is okay as it’s not meant to be facetious, but just because she’s on birth control, doesn’t mean you shouldn’t wear a condom. Double measure against pregnancy and protection against other diseases.

Excellent example, and, the world really does work like that. When DH and I decided to try to have a baby, we stopped using birth control, and figured, well, it was January, and maybe I’d be pregnant by May or so, given the general experience of most people we knew.

Took us two weeks. Yup. I had a positive test my the middle of February, which is about as early as they’ll show.

We’d been married four years, and together 18 months before that. Never had an accidental pregnancy. Never had one since, either. We double down on birth control when I’m ovulating. Most of the time, we just use a diaphragm, but for four days a month, we add a condom.

Now, before the fact, we had no idea that we were either very fecund, or very genetically compatible, but it seemed that way once we tried. Maybe we just got lucky. There are probably people who play Blackjack once in their entire lives, and win money. But the more likely explanation is that if we hadn’t been overly careful all those years, we’d have a houseful of kids.

Get the flu shots.

The only reason I can think not to is the possibility of catching something while waiting in the doctor’s office, which is bad with your wife’s lung issues. If that’s a real worry, call ahead of time, and express your concerns. You can probably be taken back right away if they are expecting you, and know of your issues. When I had to see my doctor once and had to bring the baby with me, and I was concerned about the baby being in the waiting room, they took me back right away, so doctors do take such things seriously.

Like pregnancy, flu only takes one time. While your extra precautions will probably give you lots of protection, and change your odds of getting the flu, they are still non-zero. A vaccine doesn’t bring them to zero either, but not only does it help, it does this: if you do happen to get exposed, and get sick, you will not get seriously ill. I had two coworkers who got the flu two seasons ago. Both missed just a single day of work, even though they had diagnoses from doctors. One was literally just out a day; the other one was out on a Friday, and might have missed another day if she’d been sick mid-week, but nonetheless, she was back by Monday.

You might keep your visits to the store short, but you could still buy something sneezed on by someone who didn’t even realize they had the flu, and was wearing a mask in such a way that left their nose exposed, which so many people do, and no one says anything. Or you might need to go to the doctor, the ER, or a pharmacy, all places where exposures are more common, and someone whose job it was to keep things clean you have been negligent.

I don’t see why you’d take a chance and not get the shots.

I’ve never taken the flu shot before and I’ve not been significantly ill in many years, other than the odd cold from time to time.

I’m getting a shot this year.

Since Mrs. CC has an immune deficiency and a lung disorder, we are extremely careful in our behaviors so neither of us contracts covid.

Bravo, thank you for helping protect yourself and those around you. Okay, having said that, please get the shot unless your Doctor suggests otherwise. Others have already posted the main reasons, but I want to emphasize at least one other. I’m counting on you (and others like you) to help stop the spread of the flu and not spread it: you’re doubling down on not only protecting yourselves, but preventing transmission to others.
I’m in a battleground state, and we’re already seeing tons of people who are flaunting the rules and restrictions about COVID protection. Plenty of people are casual about the flu vaccine, figuring why bother if they’re only risking themselves, but just like COVID, they’re running the risk of sharing it with others. Each and every person that can reduce the chances (since you wouldn’t be protected from all strains of the flu anyway no matter what) is helping everyone else.
Now, if your wife would be in any way at risk from the shot (which only your Doctor would know), or if it was a burden financially, those are important issues to take into account. But otherwise, I would thank you again if you would make the time to get the shot because your current minimal exposure is not the same as zero exposure.

I would advise to just get the flu shot anyway. For all the effort you are taking to avoid transmission (masks, etc.) you might as well.

As I was reading the OP, I thought the question was going to be “will the precautions we are taking reduce the chance of getting the flu?” and the answer is of course yes.

I used to get mildly sick frequently like a cough or scratchy throat. Since being careful for Covid, that has almost completely gone away. So I believe I have been exposed to way less bugs.

However I will be first in line for the flu shot in mid October. I realize that the flu shot is not close to 100% percent effective. I just hope it will help lessen the effects of flu if I do happen to get it. I am in stores with a mask on, but could still get the flu.

Flu shot helps, as it prevents against what they predict are the most likely strains of flu.

But it seems there is always a ringer or two out there that they didn’t see coming.

Covid level precautions should help to prevent those flus as well.

I’m at high-risk for covid; if I get it I’m a dead man. My husband and I are taking lots of precautions, but we’re still getting flu and pneumonia shots. When there’s a reliable covid vaccine available (not necessarily the first one), we’ll be getting that too. You can’t be too safe with this shit.

For those of us doing paranoid-maximum-level protections against COVID, it’s kind of ironic that the business of getting a flu shot itself will necessarily expose us to a level of risk we’ve been very careful to avoid up till now (sitting in a waiting room; being close to a medical technician, etc.) We’re planning to visit an outdoor clinic, but we’ll still have to be a lot closer to another human being outside our pod than we’ve allowed ourselves to be in months.

For those of us doing paranoid-maximum-level protections against COVID, it’s kind of ironic that the business of getting a flu shot itself will necessarily expose us to a level of risk we’ve been very careful to avoid up till now (sitting in a waiting room; being close to a medical technician, etc.

Do you suppose you’re somewhat less at risk if you get it at a drug store than a doctor’s office? I do. The person who gave me my shot at Walgreens didn’t see patients for other causes because they don’t run a health clinic in that store, and there were only two other people waiting the whole time I was there, unlike the potential crowd at a doctor’s office.

I’ve never taken the flu shot before and I’ve not been significantly ill in many years, other than the odd cold from time to time.

Good on you for finally getting it this year; hoping you continue to get it even after the COVID pandemic is brought under control.

I might have had the flu when I was a little kid, but then never got it again until I was 43 - on which occasion it was really, really bad. I’ve gotten an annual flu shot ever since.

In addition to reducing your own flu risk, an added benefit of getting the shot is that it reduces your risk of becoming a vector who can sicken other people.