Is It Ethical To 'Correct' Religious Folks?

Because until I got on the internet, I assumed faith was a private thing. So I never debated it.

But recently, I have been getting into some pretty hot debates. (I guess I can tell you. It is on Facebook.)

I don’t know. People tell me that the Bible is a scientific manual. Then I point out its scientific flaws. And they immediately retort, of course. And the debate goes on.

One lady tells me she read the Bible and finds none of what I say is in there (e.g., that the world is flat, and is 6,000 years old, etc.) I explain that to really know what the Bible says, you have to ask two people. A biblical linguist (language changes a lot

) and a biblical historian, who can tell you what people actually believed back then (like that the earth is flat, and 6,000 years old, …).

I do sometimes feel guilty, bursting people’s bubbles. But then I encounter how homophobic some Christians are (some), and I start the debate all over again…

Thoughts? (And realize I am posing this as a factual and moral debate

Let he who is without sin cast the first stone…
…everyone else has to deal with the return throw.

But the “if” is the big word here.

As was just quoted in another thread here:

you can’t reason a person out of a position that they didn’t reason their way into in the first place.

It’s exceptionally unlikely that you are going to be able to use logic, reason, or facts to argue with someone who is, as you say, using the Bible as a scientific manual. You aren’t really bursting their bubbles, because in their minds, you’re the one who doesn’t have the facts right.

Unless you really really enjoy fruitless debates, or arguing with people who will never be convinced, it’s simply not worth your time.

(And, yeah, when I was younger, politics and religion were the two things that you didn’t bring up in polite social company. Both of those have gone out the window now.)

As to the question of ethicality, let people believe whatever they want. Up to the point where they start hurting other people with their religious stupidity (advancing public policy that is anti-gay, christian nationalist, or garden variety racist). Then, is it ethical not to correct them?

To add to that, a lot of people - especially, scientific people - have this notion that all there is to convince or persuade someone is purely facts and logic, as if people were robots. It isn’t.

Pride and “face” are enormous human motivators. It doesn’t matter how well-reasoned your arguments may be, if you prick someone’s pride, you won’t win them over. If you present the most logical case in the world, but your opponent perceives it as “He’s trying to score a point at my expense,” you won’t budge them. If your opponent feels “If I concede or agree, he’ll think he won and I lost,” then he/she won’t ever concede.

You have to convince someone in a way that doesn’t make them feel like they “lost.” And that’s walking-on-tightrope-over-Niagara-Falls tricky to do.

@Jim_B said*correct *not condemn. There is no sin in that.

Thoughts? (And realize I am posing this as a factual and moral debate

Myself, I only correct religious folks when they are wrong about their own understanding of their religion or what is actually in the bible. Surprisingly a lot of people don’t really even understand their own religion or know what is really in the bible (and what isn’t). I also will correct them about history (for example, I recall one guy saying that the Hebrews invented writing or built the first known temple…things that were trivially easy to refute, even using examples just from the bible).

As for scientific stuff, I will discuss that if they ask, but I don’t try and correct some of the goofier the world is only 4000 or 6000 or whatever years old or anything along those lines. I just don’t see the profit in talking to people about stuff they don’t even have the basic understanding of the subject to discuss it rationally.

For the homophobia, just point them to that clip from The West Wing where the President gives chapter and verse to a bible bigot, and dare them to watch it and then come back and comment. 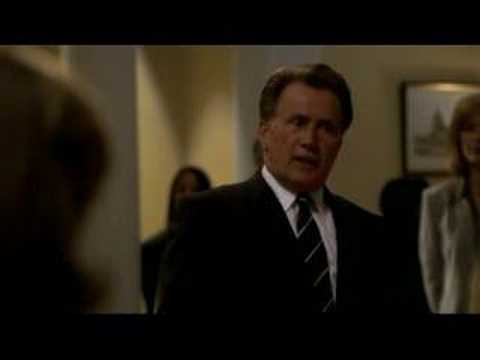 Of course debate is ethical and religion is a legitimate subject. However, if you undertake a religious debate without a reasonable grasp of the relevant theology, you run the risk of appearing clueless yourself.

ETA the Bible as a scientific manual falls into the “not even wrong” category, though; what would be the debate in that case?

I’d suggest you ask yourself why you would want to. Is it for you or for them? Or some other reason? What - if anything - do you expect to accomplish?

I long ago stopped arguing religion w/ anyone. The only reasons I would consider confronting someone as to beliefs I disagree with, would be if they expressed beliefs such as racism/homophobia/etc, which I found repugnant and harmful to others. I would not want my silence to be viewed as tacit agreement, so I would (and have) said something along the lines of, "I strongly disagree with everything you have said on this subject. I prefer that we not discuss it. If you feel you must continue to express such views, I will end this conversation."

@Dinsdale Oh, but the internet is a wonderful caldron of different opinions. Even if you said enough once, maybe you should repeat it for some new person. Facts never die. Or at least they shouldn’t.

That is one way of looking at it at least. I also should have made clear, I wonder how far, ethically, one should go. But you have a duty to uphold the Truth, I have always believed. (Also, if anyone is unclear about the purpose of my thread, read the title again, please

I’ll also just note that I don’t think she’s wrong in that – I don’t think that either of those statements are literally in the Bible.

“Young Earth Creationists” (i.e., Christians who do believe that the Earth is only somewhere between 6,000 and 10,000 years old) did, in fact, originally arrive at that belief by studying the Bible, in particular the genealogies in Genesis), and making calculations based on that. But, that said, (a) different YECs have arrived at different numbers, due to which assumptions and/or other source material (beyond the Bible itself) they were using, (b) these calculations were all done many centuries after the various books of the Bible were written, and (c) it isn’t based on any one particular statement in the Bible.

who can tell you what people actually believed back then (like that the earth is flat, and 6,000 years old, …).

IDK about the age, but the flat earth thing is more modern sort of a americanized version of Christianity that was formed by those who broke away from the churches at the time of the colonization of the Americas, People generally either believed the world is round or didn’t consider it either way. The round ball earth was apparently generally understood from observations. The Bible itself would have to be interpreted in a certain way to come up with a consistent flat earth so I’m not sure that makes your point. The 6000 years I would say is a stronger point.

I’ll also just note that I don’t think she’s wrong in that – I don’t think that either of those statements are literally in the Bible.

My overall impression is that most people who subscribe to such beliefs do so based more on what their pastor / church elders / parents / other respected member of their community tells them to believe rather than them personally having rigorously studied the Bible and comparing it to other sources that they also studied carefully and rejected.

But recently, I have been getting into some pretty hot debates. (I guess I can tell you. It is on Facebook.)

It should be pointed out that Facebook is not a good medium for discussion, let alone debate. People using that sort of social media aren’t generally there to participate in two-way conversations. They are there to state their opinions as facts without challenge. 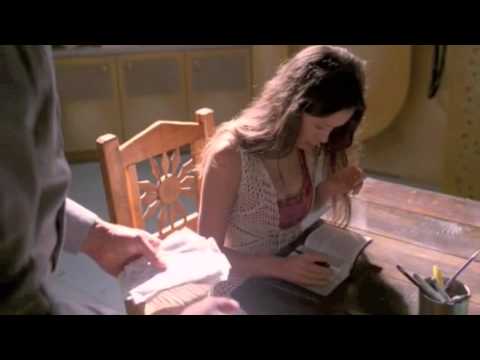 I doubt ethics are the proper lens to view this kind of question through. Imagine yourself at a dinner party. Do you want to be the guy who responds to the naive inane blathering of a flat-earther fellow guest by standing up and bellowing “How can you be so stupid as to ignore every scrap of experience and scientific evidence?”

Who would be the asshole here?

You know who decides to ditch the whole basis of their beliefs and world view because someone told them everything they learned is wrong? No one. You are doing no one a service, just being irritating.

In general, those who attempt to assert ‘facts’ on the basis of religion are wrong. there is no ‘if’

Who would be the asshole here?

The flat-earther is the asshole. I consider combating misinformation to be a moral obligation. Dedication to TRUTH demand it. It’s dirty job but, someone HAS to do it.