Is there a film review site for parents that isn't written by fundamentalists?

In deciding what films I can take my son to see at the theater, I can’t do my usual “watch it first” preview that I use when deciding appropriate television content.

So I was wondering whether anyone has a site that reviews films with a parent’s concerns in mind. Especially one that gives a heads up on whether the film is too scary, filled with foul language or containts realistic violence.

Now that the whores in Hollywood are making all the comic book movies PG-13, yet advertising the films like madmen on the Disney Channel, I’d like to know why the film gets a PG-13 rating (there is a pit thread in my hatred of this practice!).

I know there are plenty of sites like this, but all of the ones I have encountered are maintained by fundamentalists.

No disrespect to them, but fears that Harry Potter will force my kid into satanic witchcraft…not on the radar.

Occassionally Doper parents will steer me in the right direction. I kept my boy out of Polar Express after a few Doper parents said it might be too scary for a younger viewer. But sometimes even Dopers don’t want to review the films that a little guy wants to see.

Screen It! is written by a couple who claim not to have association with any religious group, and it seems free of religious influence.

The Office of Film and Broadcasting, of the United States Conference of Catholic Bishops, has been doing well-considered movie reviews for many decades now. They often surprise: their list of theTen Best of 1969 included the X-rated Midnight Cowboy.

The Washington Post has The Family Filmgoer, whose author strikes me as taking a fairly common sensed approach to movies and kids.

What about MovieMom? I’ve never noticed a strong religious bent in these reviews. She does approach movies from a moral perspective. I’m all for that.

I like Screen It! because it’s so thorough. It’s careful to point out that, say, this movie has suspenseful music, or that it’s loud, or things like that that aren’t “immoral” but could scare a kid. You’re never in doubt why they rated something like they did, but if you want you can just read the short notes and not get all spoiled - it’s got optional specificity, I guess you’d say. I used reccommend it fairly often as a librarian when I worked in a branch and dealt more with kids.

Do any of these sites warn parents of bondage imagery in movies? Because I’ve often thought it would be nice to have a guide to that sort of thing.

All good suggestions. Thank you.

I find a certain irony to being a parent.

In the parental role, I want them to tell me if a film contains sex or nudity so I can keep watsonjr away from it.

But as a guy, I want them to tell me if a film contains sex or nudity…and then describe it in lurid detail.

Thirded. I’m not a parent, but I sometimes go there to “see” a movie without seeing it. They give a pretty thorough and objective rundown of potentially objectionable content (“We see a person stab another person, with lots of blood”; 3 instances of “sh*t,” 2 “asses” (1 with “hole”), 27 “f-words,” etc.), topics in the movie to discuss with your kids (family problems, suicide, drug use), an outline of the plot (avoiding spoilers as much as possible), and so on. For many movies they also give a regular subjective review for adults.

If I were a parent I’d use it.

ScreenIt has a subscriber fee of 25 dollar/year.

It is worth the coin for someone without kids?

ScreenIt has a subscriber fee of 25 dollar/year.

It is worth the coin for someone without kids?

I’m not sure what you get as a subscriber, but all the details of a movie can be found without having to pony up the dough–although you usually have to wait until the second weekend before it posts for everybody. If you don’t mind waiting, then it’s otherwise free.

Do any of these sites warn parents of bondage imagery in movies? Because I’ve often thought it would be nice to have a guide to that sort of thing.

Would you care to elaborate? Just what might you do with such a guide? Do tell!

Screen it lost me with the subscriber cost.

(I have never used it before and never heard of it until now.)

I can ask dopers what their feelings are or other mom’s who have seen it to get an opinion. I don’t have to shell out $25.

Sorry if that sounded snotty. Twenty five a year is pricey, but it would pay for itself quickly.

I happen to think movies should be a community thing. Where it keeps you in touch with others and keeps conversation flowing.

Screen It! is written by a couple who claim not to have association with any religious group, and it seems free of religious influence.

Did somebody bomb this site? I can’t get it to load right now…

you do not have to subscribe to screen it. Its optional.

I use it every time I take my kid to a movie. 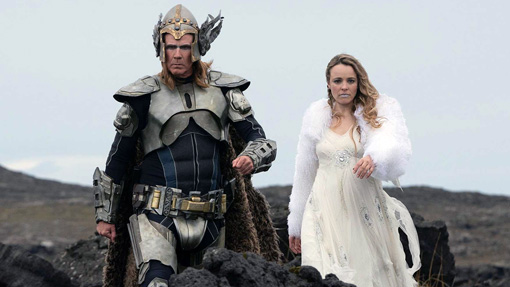 Our parents' guide goes beyond the MPAA ratings: Movies are rated according to how much sex, nudity, violence, gore & profanity they contain.

This is the best one in my opinion.