Website for unbiased reviews on films' suitability for kids?

EntertainmentWeekly used to have a “Parental guidance” section that detailed the language, subject matter, and any nudity or violence in current films. It was a good tool for me to decide weather or not a film was appropriate for my kids.

All I’ve been able to find are a couple of “Christian” sites which pretty much condemn everything. I’m not looking to be told how to raise my kids…I just want to make an informed secision.

This one is pretty non-denominational:

Movie Mom is a decent resource.

I second ScreenIt. It is very factual, and divides the objectionable parts into categories (like sex or drugs or disrespectful to women), so you can apply your own personal judgement. They also have a summary judgement for each movie which doesn’t have spoilers.

The U.S. Conference of Catholic Bishops’ Office for Film and Broadcasting does a very good job. You won’t find ideological litmus tests applied to movies. E.g., in the review of Finding Nemo, no issue is made of one of the characters being voiced by a famous Lesbian.

I’ll second the Conference of Catholic Bishops. They always tell you what potentially problematic stuff a movie has, like violence, nudity, strong language, etc. They don’t like gratuitous violence, so most action movies tend to get panned by them.

Is one of those “Christian” websites that condemned everything and told you how to raise your kids Pluggen In Magazine?

Like ScreenIt, their reviews are broken into categories and give a general summary. A recent addition is a five-star rating for family friendliness. 5/5 stars = good, 0/5 stars = bad.

Here are some of their reviews. I’ve selected a wide range of movies to give you an idea of what their reviews are like.

Harry Potter and the Sorcerer’s Stone

Lord of the Rings: The Two Towers 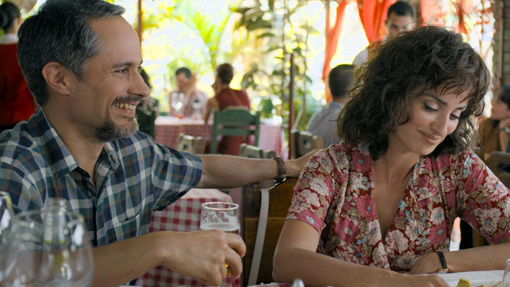 Our parents' guide goes beyond the MPAA ratings: Movies are rated according to how much sex, nudity, violence, gore & profanity they contain.

They describe every incident of sex/nudity, violence, and cussing, so they are very spoilery, but do not make moral judgements.

A hearty second or third for the recommendation for ScreenIt. Their reviews are detailed and thorough, and very, very useful.

Plus, if you’re a perv, you can use the information to find out just how much skin the hottie du jour actually shows.

originally posted by HeyHomie
Is one of those “Christian” websites that condemned everything and told you how to raise your kids Pluggen In Magazine?

Like ScreenIt, their reviews are broken into categories and give a general summary. A recent addition is a five-star rating for family friendliness. 5/5 stars = good, 0/5 stars = bad.

I can’t comment on Plugged In’s movies, but let’s take a look at one of their music reviews (for Ani DiFranco’s Revelling/Reckoning album.

Unfortunately, DiFranco’s language gets rough in places and her liberal leanings could send undesirable messages to young listeners. Furthermore, this artist is openly bisexual. When MTV asked her about that, she replied, “It’s hard enough to find somebody you can stand for more than 10 minutes, so you shouldn’t narrow your options.” Teens should skip Revelling /Reckoning.

Oh no! Ani DiFranco is both liberal and bi! She’s certain to poison yr kids minds.

I’ve read a lot of their reviews, because I find it entertaining watching fundies thrash against the wave of popular culture. Haven’t found them criticising an artist for being too conservative. I notice that they’ve also criticised artists for mentioning evolution, reincarnation and “eastern religions.”

Actually, I’m going to retract my reccomendation of PluggedIn’s reviews. After having read a couple dozen more, I’ve concluded that they suck.