Is this a good idea? (DisneyWorld)

My 1 year wedding anniversary is coming up on Nov. 24. I was looking at possibly a trip to Disney World, and staying at one of the All-Star hotels. Money is tight, so I’m (obviously) looking for the best deal.

It would just be hubby and I. He has never been to DisneyWorld, and I went once when I was pretty little. Would this be enjoyable for 2 young adults?

Where could I get the best deal? Buying hotel, air, and park tickets seperate, or trying to go through a travel agent?

Is this something you all would like to do (or have done) for an anniversary, etc?

Also, feel free add your suggestions for other ideas!

I’m not sure about what is the most cost-effective means (my brother lives nearby, so I stay for free :)), but this would be very enjoyable for two young adults! I’m a 25 year old guy and I’ve gone there twice in the last year with friends. Each time was a total blast.

Plus, the time that your anniversary is in is a perfect time for visiting (as long as you don’t necessarily go over Thanksgiving weekend). Going during the off-season is great because you will rarely wait in a line longer than 30 minutes. Most are about 5-10 minutes.

I’m sure someone else can come along with the cheapest way to get tickets, so good luck!

I think you two would enjoy Epcot and the Animal Kingdom. We took the kids a few years ago and the two teenagers were bored to tears with the Magic Kingdom (and that is all they talked about before we went). If you do enough searching, you should be able to find some deals. Have you considered going to Sandals, instead? It’s an all-inclusive resort in the islands, and those are fairly reasonable. Your accomodations, meals and drinks are included, so that would give you a better idea of what you would have to spend.

I have a couple of friends in their 50s who love Disney World. I think you could have a great time. Have you checked the Disney web site for package deals? That’s where I’d start.

My husband and I went before we were parents and had a great time. The All-Star hotels are supposed to be a great value and are on Disney property, meaning you have easy access to Disney buses. There is an All-Star resort that is pretty much brand-new. I forget the name but it’s not All-Star Music or All-Star Sports. Disney rarely has anything looking worn out or crappy but with brand-new you don’t take the chance that something might be less than in good condition. I agree that the timing is great too as long as you avoid Thanksgiving. We went the week before Christmas last year and the lines were non-exisitant for the most part.

I am jealous. Now that we have a child, we have to spend most of our time in the Magic Kingdom. Enjoy the Epcot World Showcase for me!

Oh, and btw, while the Magic Kingdom may be boring for teenagers, adults CAN get a kick out of it.

The first three times I went to Disney World was as an adult with no children, and we had a great time! If you’re going with someone you can have fun with, you’ll love it. By the way, I have heard that it is the top honeymoon destination in the world.

Here is a website with more info than you’ll ever need on Disney World. They have forums where you can ask questions of people who are real experts. 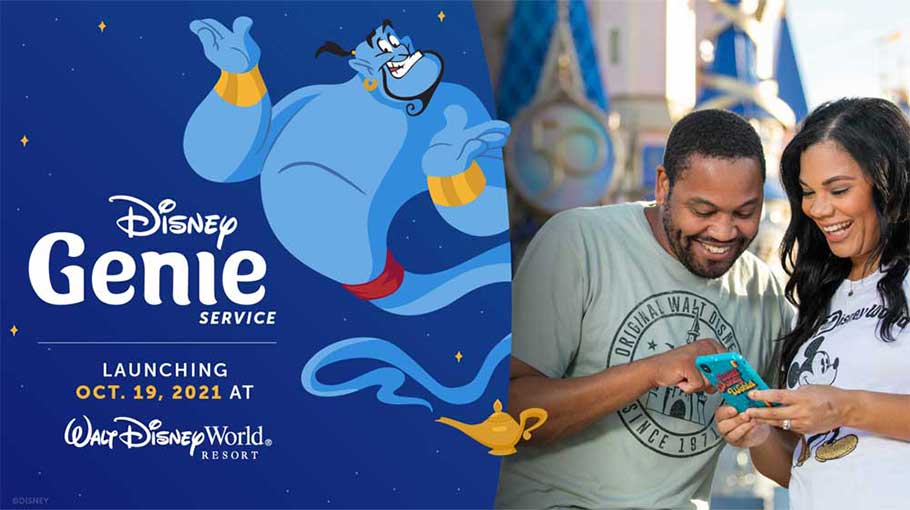 Hope you have a great time!

Hate to be the lone dissenting voice, especially since I haven’t been to Disney World since I was a kid – but as far as I can remember, most of the rides and stuff are very kid-oriented, more so than at most amusement parks. And when you take away the sense of excitement that comes from having kids along, you’re left with the fact that it is just an amusement park, and a bloody expensive one at that. I think an adult couple would probably have more fun and spend less money somewhere else.

But hey, if it’s your sort of thing, go for it.

Magic Kingdom is geared more towards kids but you have Disney MGM and Epcot which is geared towards all ages.

You get get the 4 day pass which is cheaper then getting a one day park pass (not sure how long you are staying) Do NOT stay at the Disney property as you will spend a bundle. There are many hotels at Lake buena Vista that you can stay at more reasonable.

Here is a site to help you

Well after having checked at different sites and with different travel agents, I’m afraid our trip to DW will have to be cancelled. $1500 is just too much for us right now, and that doesn’t even include food or shopping.

<—orlando resident… I love Disney… but if you’re worried about the cost, Universal Orlando has (generally) better rates on hotels and such, so you might want to try there. Apart from anything else, their rides are better too

Isabelle–hate to disagree but I find staying on property at a Disney hotel to be the best thing. The ONE time we stayed at a normal hotel, I hated it. The busses that Disney runs run all the freaking time, so you don’t have to worry about getting up at the asscrack of dawn to make the hotel’s one or two busses to whichever park you’re going to. Also, Disney has busses that run straight from your hotel to whichever park you’d like to go to, thus cutting down on wait time in getting to the park. With an outside hotel, you are more likely to have to wait for the bus to go to EVERY Disney park and possibly Universal Studios or Islands of Adventure before getting to your destination of choice. Also…some hotels (depends on where ya go I guess)ONLY run their busses at certain hours of the night. Disney runs theirs from all their attractions (including Pleasure Island and the Disney Boardwalk, which as adults, you guys might enjoy since they’ve got nightclubs and shopping and eats to please every taste known to man. I suggest Spoodles at the Boardwalk, myself.) all hours of the day and night it seems. Last time we went, CG and I had the hotel leave a bad taste in our mouth because we wanted time to explore Pleasure Island (which doesn’t open until 8 or so and runs into the wee hours of the morning)and the last hotel bus showed up at PI at like 9:30 or so.

The Disney All-Star Hotels are GREAT for the money. They’ve got some great theming and the mousekeepers (cleaning staff)are adorable for the most part. The staff is also far more accomadating than I would expect a normal hotel staff to be. I remember on our honeymoon, CG and I stayed at Disney’s All Star Music in the Carribbean Building and LOOOOOVED it!

I hope you guys have a blast. Also…check out MouseSavers. H ave f un ya’ll. And don’t forget to take lotsa pictures!

Try this company called Get Away Today. They offer really good prices for hotel stays and if you stay 4 or more nights your Disney “parkhopper” passes are free (please note that the prices for 4+ nights jump mysteriously $500 more than the 3 nights. Duh.) Some of the hotels have free breakfast and include Disneyworld funbook coupons which probably have some food savings. That should be WAY under your original estimate of $1500, but I’m not sure if you were planning to fly or drive. If you fly it’s most certainly still going to be out of your price range, unless you luck into some good “shuttle” type pricing like Southwest does.

Mrs. Z and I love to go to WDW. If you do find a deal and go on your anniversary get the bride and groom mouse ears and wear them around. (bring some hair pins) Trust me on this.
Yes the rides at Disney World are tame by comparison to someplace like Universal but that can be a good thing.
You may not want a Parkhopper pass. A three day pass will give you WDW, Epcot, Animal Kingdom, and MGM and costs less. (you don’t get free passes to some other things but if you are only there three days you won’t do it all anyway) They really push the parkhopper but you can get a three day pass.

I disagree that the rides as Disney World are “tame” compared to universal, and I’ve been to both parks copious times. Tower of Terror, RockNRoller Coaster, Test track, and soon Mission Space (or so I’ve heard, in regards to MS) are all very thrilling and easily match anything at Universal. Also, you don’t go to Disney for the thrilling rides, you go for the experience.

Yes but all of those rides are at MGM or Epcot and not Disney World.

Oh and Tower of Terror is the most aptly named ride I’ve ever been on in my life.

“Disney World” technically refers to the whole resort: 4 theme parks, water parks, Downtown Disney and dozens of hotels. The Magic Kingdom is the park with the castle.

I’ve been to WDW three times with various ages of kids in tow. My wife and I have always thought it would be a perfect couples trip and can’t wait for our first chance to go when the nest empties.

You don’t have to be a kid or bring a kid to enjoy the Magic Kingdom. Between the Pirates, Peter Pan, Small World, Space Mountain, the Presidents, etc. there are a lot of things anybody would enjoy. Epcot has I believe gone downhill. Gone is the old Journey into the Imagination and the old GM ride, and they’ve been replaced with lesser rides. Spaceship Earth has ditched Walter Cronkite as the narrator, that was disappointing. The Energy exhibit has a neat trip through dinosaur swamps, but you have to endure an incredibly boring Ellen Degeneres/Jeopardy film to experienc it. The nations lagoon can be a lot of fun, especially if you have some money to spend. Don’t miss the Maelstrom and the Mexican river trip. MGM is a nice day trip, the Chinese theater movie ride was great except for the hokey live acting you have to endure.

While you’re there, take a day for Universal. That would also be a great couple day trip.

As far as cost effective, you can easily find a reasonably priced condo in the area. You might stretch your budget and your stamina by taking a day or two off in your visit and just chilling out in the condo and making your own meals.

I’ve gone four or five times, including my honeymoon with my first wife. Had a great time at all ages.

The Magic Kingdom is still my favorite. Disney’s rides are fun, which is much harder to do than be be scared. Some of the “kid” rides are the best (Mr. Toad’s Ride is amazing). Compared to something like Six Flags (which is just plain dismal and abusive toward it’s customers), Disney is heavenly. Even if you don’t like the Mouse coming in, you’ll feel great about them when you leave.

Epcot is OK, though it’s pretty much a second rate substitute for visiting the countries involved. Though the restaurant at the Norwegian exhibit was surprisingly good.

I also liked MGM, but I love movies.