It’s Reconciliation Day. What are your thoughts?

In Canada, the federal government has declared September 30th to be the National Day for Truth and Reconciliation, a new statutory holiday. This is to remember the Indigenous children who were torn from their families and forced to live at residential schools, where they were punished for speaking their own languages or wearing their own clothes or even trying to contact their own families. This was a deliberate policy, to break family continuity and eliminate Indigenous culture. The children were often abused; many died.

The creation of the holiday was catalysed this year, when evidence of unmarked graves of children was found at the site of the residential school in the Tk’emlúps te Secwépemc First Nation in BC. But the Truth and Reconciliation Commission has been documenting the abuses for years, and of course the First Nations have been living with their effects for years.

A CBC explainer: Why Canada is marking the 1st National Day for Truth and Reconciliation this year | CBC News

What do I think?

Once I get past the superficial aspects, like people being encouraged to wear orange shirts at work today, I think that this is not a happy day. It may be a holiday, but it’s a sombre, reflective day, like Remembrance Day.

When I was a kid, I did not fully realize that Indigenous people — we called them “Indians” — even still existed. I thought in my ten-year-old mind that Indians were ‘historical’ and no longer existed. This was in the seventies, during the long slow decline of the television Western, so I think that that had some influence. But still, we lived within easy driving distance of several First Nations. And I was unaware. Culturally, it wasn’t even oppression. It was erasure.

Later, of course, in high school, I would encounter books like “Bury My Heart at Wounded Knee” and start to open my eyes. But it would be years until I began to discover the full depth of events in Canada.

Learning about this is horrifying yet necessary. We can’t build a better future without seeing and acknowledging the past.

Not just Canadian “Indians”, but “Eskimos” as well. They were also mistreated - e.g. moved by force into new communities.

I have no problem with the concept, but I don’t like the name. Sounds too George Orwell.

Yeah, that’s a good idea in principle. In reality, if we (North America collectively) had to honor and make good on all broken treaties and return stolen lands (even restricted to land actually stolen, not just bought for a song because the natives didn’t understand European concepts of money or because native peoples were eradicated by disease) it would be such a massive change in ownership and mineral/drilling rights that nobody is really going to upend that apple cart. I sincerely doubt we’ll ever see more than token and symbolic efforts to achieve those goals, even to the extent it is possible. Making some kind of restitution, and definitely making the Catholic Church (and other religious organizations) account for their past transgressions should also be key; whether anyone will be able to squeeze blood from that turnip is another question.

“Teach the whole truth to school children” would seem eminently reasonable, insofar as history is supposed to be about factual causes and effects. Getting anyone to even write a truthful and comprehensive basic history textbook on American history, on the other hand, is a major challenge.

There is enough Crown Land in Canada to settle every First Nation land claim. They aren’t actually asking for Vancouver, or Lake Ontario back, by the way. We can’t return THE lands to them, in many cases, but we can return untouched lands of similar/equal quality to them, quite easily.

If our word meant anything on those treaties.

(I think I’d also like to add, every First Nation student should get a free university education. Also build an indigenous university!)

Isn’t most of the “Crown Land” Crown Land in the first place because it’s not really very decent land to live on?

No, that’s not true. There is a lot of useable, unserviced land that sits untouched. In every province of this country. They don’t farm so much, by tradition, as hunt and fish, in most cases.

Thanks for clearing that up for me

When I was a kid, I did not fully realize that Indigenous people — we called them “Indians” — even still existed. I thought in my ten-year-old mind that Indians were ‘historical’ and no longer existed. This was in the seventies, during the long slow decline of the television Western, so I think that that had some influence. But still, we lived within easy driving distance of several First Nations. And I was unaware. Culturally, it wasn’t even oppression. It was erasure.

On occasion I’ve run into adults in the United States who didn’t realize there were still Native Americans around. And while it seems incredulous, it’s easy to see why. Depending on where you live in the United States, the average person might not come across any evidence of Native Americans aside from the names of places. I live in Arkansas, which is a word from the Osage people referring to the Quapaw people but I don’t know how many Arkansans actually know that. I don’t exactly run into many Osage or Quapaw people that I’m aware of these days.

I have no problem with the concept, but I don’t like the name.

And your alternative would be…?

I don’t exactly run into many Osage or Quapaw people that I’m aware of these days.

That is because they were relocated to “Indian Territory”, subsequently legislated into “Oklahoma Territory” (for the territory of the Choctaw Nation), and thence to the State of Oklahoma (the entirety of Cherokee, Osage, Cheyenne and Arapaho, Kiowa/Comanche/Wichita, and other Indian Nations). The Osage in particular were “encouraged” to assimilate by being subsistence farmers and established the towns of Pawhuska, Fairfax, and Hominy, which was great for everyone (especially the Catholic Church that created schools and missions to convert the savage heathens) until major oil deposits were discovered, after which everybody was made rich and happy. No, sorry, just kidding, the Bureau of Indian Affairs negotiated a deal between the Osage Nation and Henry and Edwin Foster given the Osage a nominal 10% royalties on mineral and oil rights on their owned lands (not just granted, actually purchased from the government) of which the government was in stewardship and has long been accused of mismanagement and failure of distribute revenues.

I don’t mean to make it sound bad; the abridged version above is actually a more favorable telling for the US government than the detailed reality of how the Osage Nation was treated, and the Osage were far better treated than all of the other Native American nations in Indian Territory.

Getting back to the Canada theme, my son in law is Canadian and also descended from both native 1st Nation canadians and the french. His and his mother’s tales of how their ancestors (and to a lesser extent they) were treated by the ‘regular white folks’ and the government are most angrifying. They’re less interested in reconciliation than in just getting their needs met.

And your alternative would be…?

If you wanted to be impolitic you could call it “First Peoples Ethnocide Day” or “Native Children Systemic Abuse Day”: 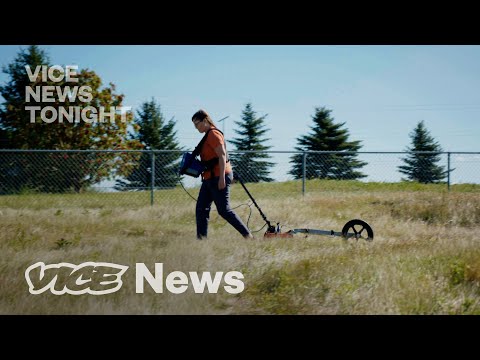 And to anticipate reflexive reaction to this is that this is the history of the world; that peoples have conquered and repressed or forcibly integrated others from time immemorial is true, but for the most part these conquests and repressions are reasonably well represented in world history, and often even celebrated as archaic warrior-hero mythologies since the society so conquered no longer exists; there are no “Native Britons” (or their pre-Celtic predecessors) or Kutrigurs or Harla, so even when such history is mythologized with conqueror bias it isn’t an ongoing act of cultural repression or abuse. But in the case of Native Americans/First National Peoples, indigenous peoples of Guatemala, suppression of Australian Aboriginal peoples, the European and American trade in Africans, et cetera, the denial of recent history and the impact it has on survivors today is still an act of repression, preventing them from recovering the cultural heritage and becoming genuinely integrated, rather than just repressed and neglected, into modern society.

The idea of “reconciliation” or “reparations” that will make whole those societies from the damage done is a kind of hopeless idealism, but we can make a start toward actual repair by just being honest about some of the fundamentally horrific actions that were done and that still have impacts today on the descendants even if they weren’t the ones who were immediate victims (although there is still plenty of ongoing abuse). Is that going to happen? Let me know when the US decides to return the State of Hawaii to the Native Hawaiians instead of making it a tourist destination: 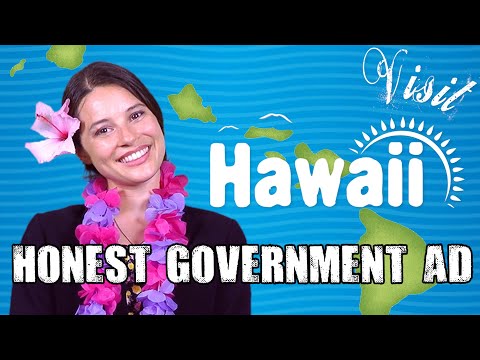 Either of these work for me.