I like pasta, don’t get me wrong. And I understand that some of the varying shapes serve a purpose – lasagna can only be made with lasagna noodles, for example.

But it seems to me that there are about four main varieties – long and thin (spaghetti, linguini, fettuccini, etc.), filled (ravioli, tortellini, etc.), smallish (penne, macaroni, farfalle), and specially shaped for unique dishes (lasagna, cannelloni).

What’s the point of all the variations within these categories? I’ve never noticed that (for example) spaghetti with Bolognese is any better or worse than linguini or fettucini with Bolognese, and penne and cheese seems to do the job just as well as macaroni and cheese.

I don’t have a problem with the varieties – but I’m curious, why put so much effort into all these varieties when most of them don’t seem very different? Is there some culinary reason that my perhaps unrefined palate isn’t getting?

I’ve tried to get my Italian wife to explain this to me as well.

When I insisted that it’s just pasta, i.e. semolina flour, water and egg, she threatened to stab me if I didn’t get out of her kitchen and stop asking stupid questions.

I advise you to do the same.

Some answers, but probably not specific to your exact question: 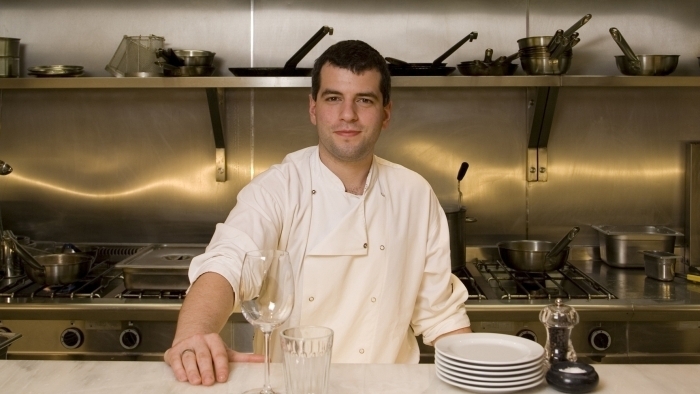 'Geometry Of Pasta': Full Of All Shapes And Sauces

In their new cookbook, The Geometry of Pasta, designer Caz Hildebrand and chef Jacob Kenedy set out to explain how certain sauces complement certain pasta shapes. From eliche to fusilli to strozzapreti, Kenedy says people simply have to tap into what...

Perfect pairings: How to match pasta shapes to sauces

Choosing a pasta shape to suit the nature of your sauce makes a big difference to the finished dish. Do it the Italian way with help from our guide to expert pairings and how to cook your pasta to perfection.

I think it boils down to (ha!) pairing shapes to the properties of sauces combined with cooks being imaginative and expressing creativity.

The various shapes are selling points. Besides the broad types paired with various sauces, there are other forces at work. Where would alphabet soup be without the little pasta letters? What would bachelorette parties do if they couldn’t gift the bride-to-be with penis pasta? How could mothers shut up their bawling brats without the promise of buying SpongeBob Squarepants Mac & Cheeze?

Different shapes because food is fun. Italians understand this.

I once heard a segment on *The Splendid Table *where a writer had studied the art and science of pasta and had enumerated something like 50,000 distinct Pasta shapes (!).

My grandmother’s recipe for cavatini calls for four different shapes of pasta (typically, wagon wheels, bowties, rotini, and macaroni, but it could be any four). The recipe just wouldn’t be the same without the different shapes. Why? Because that’s what Gramma’s recipe calls for.

My Gramma used to saw both ends off the ham before she put it in the roasting pan!

Yep. The wife keeps a container for all the leftover little pieces of various shaped pastas. Every couple of months we have “Screwball Pasta” for dinner. It’s fun and avoids waste.

Somehow it makes a difference. The penne with vodka sauce is one of popular pasta dishes at my favorite pizza place. About a decade ago, I asked the owner to make mine with cavatelli instead of penne. It was way better, and eventually made the menu. While most pastas and sauces are interchangeable, some combinations just seem to taste better. I think texture of the pasta and thickness of the sauce are big factors.

Chefs on Food Network and the like say that certain shapes, like penne with lines, hold the sauce better.

I have some penis-shaped pasta that I bought in Venice. I don’t want to know what kind of sauce it’s made for.

I have some penis-shaped pasta that I bought in Venice. I don’t want to know what kind of sauce it’s made for.

There are an abundance of pasta shapes because Italians are silly people with too much time on their hands to device new pasta shapes.

There should be only one shape of pasta in the world and that shape is: Wagon Wheel. It’s the perfect carbohydrate shape: bite-sized for superior mouth-feel; equally easy to scoop up with a spoon or pierce the spokes with the tines of a fork, stab with a knife, or simply catch with the tip of your tongue like a chameleon reeling in a bug to its mouth; an outer perimeter who’s ratio of circumference to diameter equals pi…what the hell more could you want in pasta?

Wagon Wheel pasta is the first pasta I ever ate and it remains the only type I still love. Before I acquired a taste for tomato sauce, my mom served them to me drenched in melted butter and salt. Mmm mmm good! However, you can plop any type of sauce on Wagon Wheels and the dish is superior to to all other pasta shape concoctions: marinara, Alfredo, clam sauce, pesto, cheddar cheese—whatever.

You can stack rows of Wagon Wheels between layers of meat and cheese for lasagna; you can squeeze ricotta cheese between the spokes for Wagon Cannelloni; heck, you can squeeze sweet ricotta cream inside to make Cannoli a la Wagon. You can use them for poker chips. They can be used for currency in a pinch.

Alas, I don’t see Wagon Wheels for sale at my local supermarkets any more. That brings me great grief and I blame all of you for this tragedy. You all buy those inane, pretentious pasta shapes and the demand for Wagon Wheels has plummeted to the point supermarkets don’t find them profitable to stock anymore. Shame on you!

Do me and the rest of the world a favor and boycott all pasta shapes except for Wagon Wheels. The world will be a better place.

Try them drenched in copious amounts of melted butter and salt. You will thank me (your coronary arteries may not thank me, but you will).

I know! ISIS has our attention diverted to terrorism and whatnot while we should be focusing on the plight of vanishing Wagon Wheels.

My Aunt Cary made the greatest Rigatoni and Meat Sauce ever. Couldn’t be touched. I dreamed about it. My Mom, on the other hand, made the greatest Spaghetti and Meat Sauce ever. At camp I would savor every memory I could summon for the Spaghetti dinner I would get when I got home. But Aunt Cary’s Rigatoni was better. They used the same sauce, get it. my Grandma’s. But Spaghetti and Rigatoni taste DIFFERENT. They hold the sauce differently, behave in your mouth differently, and, damn, I want a plate of both right now.

What would you call Kasha and Bowties if you didn’t have bowtie shaped noodles?