I just heard about this today. We’re big Jif peanut butter fans, and/so we seem to have at least six different jars affected by this recall

No “Extra Crunchy” on the list. Once again the Universe looks to spare the righteous , and punish the heathens. 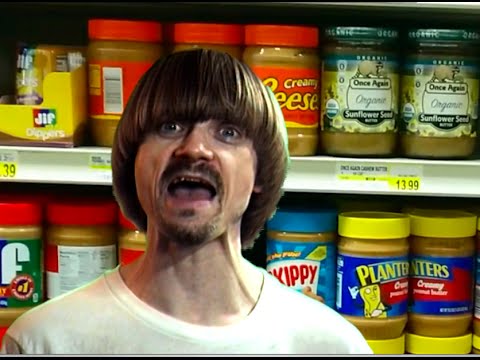 Thanks for the head’s up. I bought two jars last week and they are on the list

My daughter is a supervisor / team lead for a company that’s contracted to Smucker’s for retail support, inventory management &c. She got a text at 06:00 (PDT) notifying her of an 07:00 conference call on managing the recall. Short story long, they’re going to put in a considerable amount of overtime making sure the affected lots are cleared out.

Thanks for this. My SO loves creamy JIF and our recent purchase is on the list.

Here’s a question–I have an affected jar that I’ve had around for probably at least 3 months, and that is about 50% consumed. Is there any real reason to chuck it? I would have to think if mine actually had salmonella in it I would have been sickened the previous times I used it, no?

No “Extra Crunchy” on the list. Once again the Universe looks to spare the righteous , and punish the heathens.

Does Jif sell a regular crunchy? I have a 96 oz twin-pack (two 48 oz jars) of Extra Crunchy, and the UPC on the package matches a UPC listed on the Jif website — where it’s called JIF 96 OUNCE CRUNCHY PEANUT BUTTER TWIN PACK.

So, I think Crunchy = Extra Crunchy.

I didn’t see any info on the site about getting a refund, it just says to immediately dispose of the product. That makes me unhappy, because I’ve been stockpiling Jif, and have about $30 worth.

Then that is a massively inaccurate , injudicious and generally lawsuit inducing recall announcment IMHO.

Wipe that smug smile (and smear of peanut butter) off your face. The items listed as “crunchy peanut butter” in the list are labeled as “extra crunchy” on the package. AFAIK, Jif doesn’t have a product called just “crunchy” PB; all their crunchy stuff is “extra crunchy.”

The release and the news reports say to discard the product. Shouldn’t I be able to get a refund, even if I’ve eaten part of it? I have one of the big two-packs unopened, and a 16-oz that we just started. I’m certainly going to try taking them back to my local supermarket to get my money back.

I have two 40 ounce jars. AFAICT, neither is affected by the recall. Everything’s coming up Cathode!

I wouldn’t eat it, but I wouldn’t toss it just yet. Check with the store where you bought it and see how they are handling the recall. They may just swap you out a new jar.

(I tried to check the Jif link in the OP, but kept getting a 504 gateway timeout. I’m guessing their website must be swamped.)

And thanks, @DavidNRockies, for posting this. As noted, we have several packages, eat a lot of the stuff, and my MIL is 85 years old.

I have an affected jar that I’ve had around for probably at least 3 months, and that is about 50% consumed. Is there any real reason to chuck it? I would have to think if mine actually had salmonella in it I would have been sickened the previous times I used it, no?

That seems like a really dangerous assumption for the sake of a couple of bucks. I mean, if it was a half-drunk bottle of 2000 Petrus, fair enough.

Just yesterday I ate the last of a jar that is on the list. Thankfully, it appears it was not contaminated or I certainly would have known at some point in the last few months I’ve been eating it.

Last night I put in a Target order that included another jar. This morning I got an email that that part of my order had been cancelled. I thought that was odd until I saw the recall announcement later. I guess I’m lucky I didn’t put the order in a few days ago.

We had an Extra Crunchy jar that matched the list.About 10% is consumed. Mrs Lurki has symptoms consistent wuth salmonella x3days.

Thank you so much for the heads-up. This is my first time hearing of it, and apparently all four jars in my pantry are recalled, including the half-eaten one.

I’m also wrestling with PB withdrawal, so I’m poking around a little more (and trying to rationalize my behavior – ie, that I am not an irrational addict (Screw you. I’m not !
<grin>)).

As of May 21 2022, a total of 14 people infected with the outbreak strain of Salmonella Senftenberg have been reported from 12 states (see map). Illnesses started on dates ranging from February 17, 2022, through May 1, 2022 (see timeline).

Sick people range in age from less than one to 85 years, with a median age of 56, and 71% are female. Of 6 people with information available, 2 have been hospitalized. No deaths have been reported.

The true number of sick people in an outbreak is likely much higher than the number reported, and the outbreak may not be limited to the states with known illnesses. This is because many people recover without medical care and are not tested for Salmonella . In addition, recent illnesses may not yet be reported as it usually takes 2 to 4 weeks to determine if a sick person is part of an outbreak.

Public health investigators are using the PulseNet system to identify illnesses that may be part of this outbreak. CDC PulseNet manages a national database of DNA fingerprints of bacteria that cause foodborne illnesses. DNA fingerprinting is performed on bacteria using a method called whole genome sequencing (WGS). WGS showed that bacteria from sick people’s samples are closely related genetically. This suggests that people in this outbreak got sick from the same food.

WGS analysis shows that samples from sick people in this investigation are closely related genetically to a sample collected in 2010 from the environment at J.M. Smucker Company’s facility in Lexington, KY, where some Jif brand peanut butter is produced.

Stipulating that this is still some risk, very little reward (in feeling comfortable eating from the recalled lots) … this seems like pretty weak data and small sample sizes to me.

Supposedly, 215+ million Americans ate creamy peanut butter in 2020 (SOURCE), so the odds of you making a random phone call and not reaching somebody who had peanut butter in the last few months are really, really slim.

And the Salmonella in sick people was similar to bugs found at the plant 12 years ago ?

This feels a bit like itchy trigger finger to me.

I’m probably going to buy some Skippy but leave these fetid (but revered and beloved) Jif jars in a separate bag (or create a pantry shrine), stashed somewhere, until we hear more from either Jif or the CDC … if we do.

I neither want nor need Salmonella, just as I wasn’t interested in getting COVID, but …

Anybody have any thoughts on the above ?

That seems like a really dangerous assumption for the sake of a couple of bucks. I mean, if it was a half-drunk bottle of 2000 Petrus, fair enough.

This. Why take a chance?

I had a mostly-consumed jar of the Jif Natural-- it was on the list, now in the trash.

I just pitched a “troubled” jar in the trash.