Yet another one is now gone.

I remember him from the tail end of his time with the Reds, but of course mostly for the arm flap. Every little leaguer had to try it. He was a decent announcer in an era where announcers really started to spiral downhill. 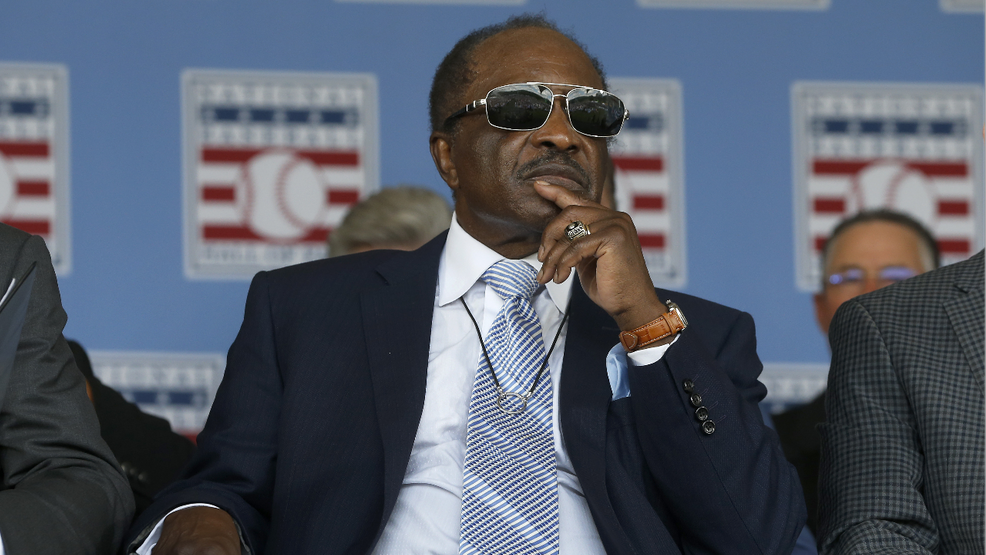 CINCINNATI (WKRC) - A beloved member of the Big Red Machine and hall of famer Joe Morgan has died, according to Sports Illustrated. He was 77. He was the second baseman of the renowned team, who helped the franchise to two World Series Championships...

But boy was he an all time great second baseman.

He spent his first nine seasons with the Astros when they were bad team who played in the Astrodome, the worst hitters’ park in MLB. It’s only when he went to the Reds that he began to shine. He was the best position player in baseball from 1972 through 1976 (Mike Schmidt had a higher WAR in 1974, but Morgan was better over the five-year stretch).

Yeah, he was a terrible announcer. Too much ego, and too much self-enforced ignorance. About the book Moneyball he said, “Why should I read a book about a computer?” But he was a great, great player. I’d say he was the second-greatest second baseman in MLB history, after Rogers Hornsby. Hornsby was the better hitter, but Morgan was the better fielder. And if I were drafting a team I’d pick Morgan over Hornsby because I wouldn’t want to be around Hornsby for more than two minutes.

I came to baseball far too late to see Morgan play, but his place among the greats can hardly be in doubt.

His commentary was often terrible, and he had an almost pathological hatred for Moneyball - the concept and the book - while also apparently believing, at least for a while, that the book was actually written by Billy Beane. As some Sabermetrics folks pointed out, the dislike was completely irrational, especially since stats folks would sometimes make the point that Morgan’s own numbers are, in some ways, even greater than many people appreciate, and burnish his legend even further.

None of his commentary silliness, though, reduces even slightly his greatness as a player.

Oh wow. He and Pete Rose, Jonny Bench and George Foster were my childhood hero’s when I was growing up north of Dayton. Saw them play many times and the Big Red Machine was just awesome. So sad to hear this.

So five Hall of Famers in the past month and half? Morgan, Seaver, Ford, Gibson and Brock. Weird.

They were. And my Red Sox still almost beat them in '75!

My Yanks were very good in 76 and didn’t come close to beating them. Heartbreaking to me at the time.

So five Hall of Famers in the past month and half? Morgan, Seaver, Ford, Gibson and Brock. Weird.

That should say five first-ballot hall of famers in the past six weeks, but Whitey Ford had to wait a year (absurdly.)

He was a decent announcer in an era where announcers really started to spiral downhill.

Yeah, we’re going to really disagree on this one. Never was there a more useless and insufferable jackass calling games except for maybe Bill Walton.

But boy was he an all time great second baseman.

Yep, and ironically the sabermetrics that he decried loudly was very much essential in further elevating Joe Morgan’s status as an all time best 2B.

What a wonderful player he was. Another one I got to see play in person multiple times. I always think of the Big Red Machine as the Best Baseball Team Ever (they were the best around when I was paying the closest attention, so), and Morgan was the best of the best.

Gotta say, these deaths of HOFers from my youth is getting ridiculous.

Best team ever is tricky, but the fact they’re in the conversation for it is impressive.

I was playing little league when the Reds were in their glory years. The players even came through our little town and gave out autographs more than a few times. Thats when we had heros and living legends.

Damn I am old.

Morgan was a ludicrously great player. A thing about Morgan is that there really isn’t anyone else in baseball history like him - no one really fits Morgan’s profile in terms of their skill set. Lou Whitaker is vaguely similar but not nearly close to Morgan’s level.

How many GREAT teams are there, in baseball history? Suppose there’s ten or twelve. There would be four distinct Yankees teams at least - the Ruth-Gehrig Yankees, Joe McCarthy Yankees, 1949-1953 Yankees, Mantle Yankees, and 1990s Yankees, but you’d also have the 1910s Red Sox, 1910s A’s, the Moustache A’s, 1920s Giants, Bob Gibson Cards, and the Big Red Machine. Maybe a few others. So how many players are the greatest player on a truly, truly great team? Not many. Joe Morgan was one of them.

Craig Biggio is another low-rent version of Morgan. Otherwise you have to go to something like Mickey Mantle, but playing second base.

I’d also say the Trashcan Man himself, Jose Altuve, is another player in Morgan’s mold - but only if Jose could sustain his cheating ways for another 10 years and go back to stealing more bases. And increase his defensive range a foot or two.