I’ve been reading a lot of FOIA (freedom of information act) documents and frankly I’m amazed at the depths of depravity within the US government and the lies the public had been fed and no doubt still being fed.

I understand they had to have those scientists because of the advantages the US would have. I think that’s why Kennedy was assassinated too.

Any old timers here remember if this was a conspiracy theory back in the day? I don’t think it was called that though.

Debus was appointed by Hitler as the V-weapons flight test director and was actively engaged in the rocket research program at Peenemünde.

Beginning in 1961, Debus directed the design, development and construction of NASA’s Saturn launch facilities at the north end of Cape Canaveral and adjacent Merritt Island.[1]

On July 1, 1962, the Florida launch facility at Cape Canaveral was officially designated as NASA’s Launch Operations Center (renamed to honor President John Kennedy after his assassination in 1963) and Debus was officially named its first director. In October 1965, he became responsible for NASA unmanned launch operations at the Eastern and Western Ranges, assuming the additional title of Kennedy Space Center. Leaving aside your unsupported Kennedy assassination theory, what is the conspiracy theory involving Kurt Debus that you have referred to? Clarify, please.

So, you’re saying that we hired a guy who was good at designing rockets, to design rockets?

Both the US and Russia scooped up lots of Nazi scientists at the end of the war. I thought that was common knowledge, or is there something else in the OP that I am missing?

Here’s more information and the unbelievable history of unbelievable people and projects the US government didn’t tell us. Pixels are forever! Kennedy, Johnson, and Debus.
Pic here: Pages for logged out editors learn more Operation Paperclip was a secret United States intelligence program in which more than 1,600 German scientists, engineers, and technicians were taken from the former Nazi Germany to the U.S. for government employment after the end of World War II in Europe, between 1945 and 1959. Conducted by the Joint Intelligence Objectives Agency (JIOA), it was largely carried out by special agents of the U.S. Army's Counterintelligence Corps (CIC). Many of t...

Operation Paperclip was a secret United States intelligence program in which
than 1,600 German scientists, engineers, and technicians were taken from former Nazi Germany to the U.S. for government employment after the end of World War II in Europe, between 1945 and 1959. Conducted by the Joint Intelligence Objectives Agency (JIOA), it was largely carried out by special agents of the U.S. Army’s Counterintelligence Corps (CIC). Many of these personnel were former members, and some were former leaders, of the Nazi Party.[1][2]

I asked if any old-timers remember rumors from back in the day, maybe their grandparents, relatives, remember. The word conspiracy theory wasn’t in use yet.

I’m surprised you mention this guy and not Werner Von Braun. Tom Lehrer even wrote a song about him.

As long as we’re talking about former German scientists who were members of the Nazi Party, and who were part of Operation Paperclip, Wernher von Braun was considerably more high-profile than Debus, and was regularly used as a spokesman for NASA with the press and public.

I’m an aficionado of space exploration, though my knowledge is not massive, and while I’d not heard of Debus before today, von Braun was very well-known. And, there was apparently quite a bit of investigation of his involvement with the Nazis and the SS.

My understanding is that, rightly or wrongly, the U.S.'s desperation to beat the Soviets in missiles and space exploration meant that they were rather willing to overlook what some of these German scientists were doing during Hitler’s reign.

So that’s one vote for “No”. Thank you for participating in this survey. May we call back next week with questions about your feelings on US involvement in the Korean and Vietnam wars?

Any old timers here remember if this was a conspiracy theory back in the day?

It’s not a conspiracy when it’s public knowledge.

It’s not a conspiracy when it’s public knowledge.

Exactly – @shh1313, what do you think the “conspiracy” is (or was)? My understanding is that, even back then, it was pretty common knowledge that the U.S. had recruited a bunch of former German rocket scientists, many of whom had some level of ties to the Nazi Party.

I’m surprised you mention this guy and not Werner Von Braun. Tom Lehrer even wrote a song about him.

A man whose allegiance
Is ruled by expedience
Call him a Nazi, he won’t even frown
“Nazi, Schmazi!” says Wernher von Braun

My understanding is that, even back then, it was pretty common knowledge that the U.S. had recruited a bunch of former German rocket scientists, many of whom had some level of ties to the Nazi Party.

Nazi Grandpa: The German-accented scientist is a little too enthusiastic about Thayer’s mockup A-bomb.

Bauer: [wistfully] Can you imagine how things would be if we had developed this first?
Thayer: We did .
Bauer: [remembering himself] Oh sure, sure. Now we did. But before… we didn’t.

Yes, everybody knew about the Germans brought over to do rocket research. Not everybody liked it, even in the military. Von Braun’s group was constantly slighted in favor of other branches of the military, even though he was way ahead of them in accomplishments. It took the desperation of Sputnik to allow von Braun to take the lead.

I’m pretty sure all that was in places like Life magazine, with its circulation of 5,000,000 and a much larger overall readership. Yes, there he is on the cover a month after Sputnik. He was on Time magazine’s cover prior to Vanguard. Of course, by then he had been famous for most of the 1950s for promoting space.

I am always very pleased when I see a younger person “discovering” history. You just have to remember that, like Columbus, you haven’t “discovered” anything. People were already there.

I appreciate your response. I raised by older people back in 67, 68 in my room I had an old black and white Magnavox tv. I was supposed to be asleep anyways real late I saw a show with the gold fillings piled in wheelbarrows, the ovens. My dad was still up making a flight plan and I ran in there and I’ll never forget what I said. It was the first time I ever cussed. I won’t repeat those words, next I said to my dad "I’m not taking no for an answer, tell me why, Why? I was in the 2nd grade and that night finding out how really evil people can be changed me.

I am always very pleased when I see a younger person “discovering” history.

I raised by older people back in 67, 68 in my room I had an old black and white Magnavox tv. … I was in the 2nd grade

He’s over 60. And apparently, just now hearing about operation paperclip.

Tell me, shh (may I call you shh?), what do you think should be done? Give back our moon landing?

And as for Nazis, personally I think everybody who was a Nazi, everyone who even periphially participated in the holocaust, everyone who knew about the Holocaust and did nothing, should have been tried and executed. Fortunately they didn’t put me in charge.

I looked him up, listen to what he says about Mars. Parts eerily familiar… 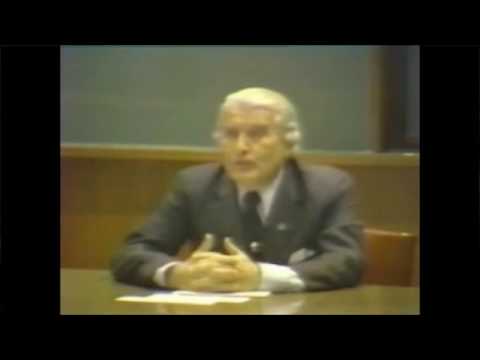 I get back with ya in a bit, got chores I need to get done first @Exapno_Mapcase

I guess I’m still confused on why the OP considers it a “conspiracy.” Secret program, for sure–but not a conspiracy. We distrusted the Soviets at the time, and wanted to keep the technology for ourselves out of obvious prodence, but it was well known as soon as Von Braun became the public face of the rocket program. Hell, one of my colleagues has his autograph.

We tried to keep all sorts of technology out of the hands of the Soviets thanks a lot, Klaus Fuchs.

What movie was it where the line went “Our Germans were better than their Germans”?

Tripler
I know it wasn’t the same movie with the line “Was it over when the Germans bombed Pearl Harbor?”

I am always very pleased when I see a younger person “discovering” history. You just have to remember that, like Columbus, you haven’t “discovered” anything. People were already there.

Wait until the o.p. gets to 1954 and the CIA involvement in the coup d`état against the democratically elected government of Jacobo Arbenz Guzmán for the explicit benefit of the United Fruit Company, resulting in a succession of juntas and repressive dictatorships which engaged in repression, torture, and multiple attempts at genocide of the indigenous population during their 36-year-long civil war, all of which was supported by the CIA and US Army Special Forces training the Guatemalan Army in counterinsurgency tactics, often in contravention to US law as kind of a preview to the Iran-Contra Affair. All told, an estimated 140,000 to 200,000 dead (40,000 to 50,000 “disappeared” by government forces). That’s not just hiring the butcher, that’s getting your arms on the carcass and demonstrating how you cut up a hog.

After that, the o.p. can graduate to the Secret War in Southeast Asia, including the unequivocally illegal bombing campaigns of Cambodia and Laos that killed untold tens of thousands of civilians in a unilateral and undeclared war, or US approval and involvement in the 1965-66 Indonesian Genocide, or how the US War on Drugs and support (military and economic) for non-democratic regimes has been the major causal factor in the destabilization of many Latin American nations.

Bringing over a few ex-Nazis under Project Paperclip seems pretty quaint in comparison to much of the history of US covert foreign relations.