Looking for an old toy: remote-controlled car with water gun

Its not the Carrera Agent Black Water gun, that seems to be the only one being made right now because I can’t find anything else like it.

This would have been around the early or mid 90’s. It was a remote-controlled toy car but it had a hidden water gun that would rise up from the back and squirt water. I think it may have been called the Python or Animal because the gun was like a snake or something. It was the best remote-controlled car I’ve ever seen.

Hi.
I remember this toy, children’s dream! Did you find name of the toy?

Video with this toy: 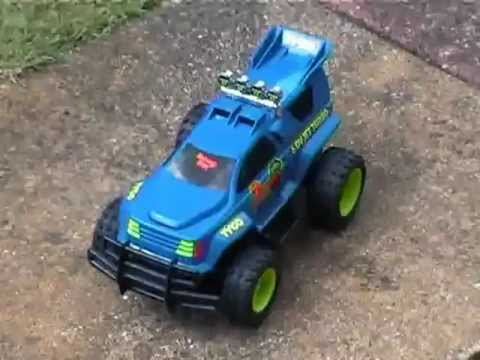