Looking For 'Criminals With Ironic Names'

A while back, I had this thread here. Criminals with ironic names. A Google search was no help. And I tried several variations of the search terms.

Anyway, I wanted to add Derek Chauvin, the cop recently convicted of murder. Did you know Napoleon I had a ‘soldier’ (according to my dictionary) named N. Chauvin, noted for his blind loyalty? That is where we get the term chauvinism from. That’s got to be ironic. (I didn’t want to start a hot debate. I just thought it was ironic.)

Just to maintain the topic as something that is About This Message Board I’ll suggest you check out Dick Tracy and Batman villains.

Criminals With Apt Names... In My Humble Opinion (IMHO)

Maybe it’s just coincidence (or is it?;)). But some criminals have some very appropriate names. Back when I was going to U of M Dearborn-Michigan, my college professor matter of factly mentioned, that some people thought Charles Manson’s name was ironic, because I guess he was in many ways the wayward son of mankind. Okay, that one wasn’t the best. But what about Bernie Madoff? He literally made-off with his investors money. Sounds fitting, doesn’t it? Anyways, that is all I can think of for …

BTW what are the policies on these boards about resurrecting ‘zombie’ threads? I’ve seen the term used before. But I am unclear about the definition and even about what rules there are (if any). Please forgive me if I am doing this

Am I the first to drop the Alanis Morissette bomb in this thread?

BTW what are the policies on these boards about resurrecting ‘zombie’ threads? I’ve seen the term used before. But I am unclear about the definition and even about what rules there are (if any).

You can find the definition here: Beginner's Guide to Glossary of Terms on Straight Dope Message Boards

Zombie – A zombie is an old thread that had ceased activity for some time (was dead), but has now been revived by a new post (was brought back to life like a zombie).

As far as the rules go, pointless revivals of zombies should be avoided, but if you have something new or interesting to add to the conversation or you have an update to something that was posted that’s usually not a problem.

A while back, I had this thread here. Criminals with ironic names. A Google search was no help. And I tried several variations of the search terms.

Why didn’t you use the board search? I just searched “criminals ironic names” with @Jim_B as poster and it came up with all you posts in that thread, like @The_Other_Waldo_Pepper linked to. Discourse search is excellent and is even better if you can name anyone that posted in the thread you are looking for.

Might I suggest that if you are uncertain about how people will react to a zombie thread, an alternative is to create a new thread but link back to the old one so that posters can have the option of reviewing the old one. That will also prevent the situation where someone mistakenly responds to a 15-year-old post with a question or argument that’s clearly not going to be answered. (And with the unconventional way that Discourse renders datestamps on posts, it’s even more likely to miss how old a post is when you’re responding to it.)

In this particular case, you can additionally put a simple list of names from the old thread in the new one so people can see who has already been mentioned, and if they are curious about the old discussion of those names they can click the link you provided.

Anthony Quinn Warner did in fact warn people before setting off that bomb in Nashville.

This article claims that 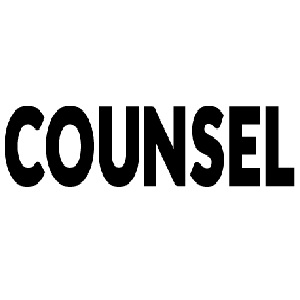 In the Name of the Law

Were Judge Judge and Counsell of Counsel always destined to become lawyers, asks Christina Michalos? Some parents believe that choosing a child’s name is a matter of life and death. But it may be even more important than that. It could cause your...

Reality Winner. I’m unhappy that she is still incarcerated for whistle blowing about wh
at has now been reported in every news outlet. Reality did not win.

ATMB is for discussion of the rules. This is not the place to continue a thread’s discussion.

Since the ATMB portion of this is resolved, let’s just close this. Anyone who actually wishes to discuss criminals with ironic names should do so in the thread that @The_Other_Waldo_Pepper linked to.