Anyone else questioning the extent of "social isolation"?

So I went to some grocery stores yesterday. Even though I stood several feet away from the next person in line, people crowded right next to me from behind.
And when I got take-out from a restaurant, it seemed as though the staff and customers were oblivious - standing close to me, touching me when they took my credit card and handed me the food, etc.

How are you guys handling trying to maintain a 6-foot distance when the people around you don’t seem to care? What have your experiences been?

I have to go to the drugstore tomorrow, and I’m worried that I may have to tell people to stay away from me. I will not hesitate to do so, but I’m hoping to minimize interpersonal friction.

For what it’s worth, it’s very important to me to maintain this distance because a. I’m somewhat immunocompromised, and b. I have a cold. I don’t think I have Covid-19, but it’s a possible that I do and am only partially symptomatic. But you can see why I’m especially concerned about either catching it or maybe transmitting it.

I have an N95 mask. I’m thinking of wearing it just to make myself look more like I should be avoided.

I got out walking several times a day with a baby stroller and two dogs. Whenever anyone else approaches on the sidewalk, they step aside (onto a lawn or a street, or whatever), with the assumed protocol being that I have more stuff to schlep than they do.

Guess when I encounter someone pushing TWO baby strollers I’ll have to step aside.

Many businesses are posting signs explicitly asking customers to stand apart while waiting in lines.

It saw this today at the bank and at the post office. At the bank, furthermore, there are signs at the tellers’ windows saying to please place your transaction documents on the counter and take a step back.

At Target today, I saw actual lines marked on the floor (with some kind of blue tape) at (what looked like) four-or-five-foot intervals, and signs asking customers to stand in line at the intervals marked.

From what I could see at the bank and Target, it seems that people were complying mostly. (I didn’t go into that part of the post office.)

I ran a few errands Saturday including picking up takeout. People were pretty good about maintaining distance.

I picked up takeout again Wednesday evening (want to support some local restaurants). I was standing at their takeout counter, with plenty of room between me and the customer who was also waiting. Then another fellow walked in for a pickup - and stood a foot away from me. I gave him a dirty look and moved to the other end of the counter.

Dunno if I’ll try to visit a grocery store at all this week; I’m just past the age where I could get in to the “60+ shopping hour”. We’ll see how the distancing works then.

I stopped at Five Guys for a couple of burgers on my way home last night. They are only doing carryout. All of the tables and chairs are stacked up in a corner of the dining area. So there was plenty of room for the half dozen or so customers in there to space themselves out while waiting.

At the grocery store yesterday most people were being pretty good. As soon as you enter the store, there is a person explaining the rules, offering disinfectant, and a laminated number card to limit the total number of people in the shop.

What they miss, and are supposed to have, is placemarkers for people in line. So I was keepting my distance and someone stepped in. I was not very happy, but this is typical behavior here. I hope they get the placemarkers put in, to eliminate this minor annoyance.

I finally got to the drugstore today. I wore the mask. Worked great. Everybody avoided me. Highly recommend this strategy if you’re really concerned about keeping people away. (The cashier looked slightly alarmed, so I told him I wasn’t sick, just immunocompromised.)

Overall, it did seem that people were being generally good about keeping distance.

I have thought that carrying a pole of the appropriate length, perhaps painted in red and white stripes a foot apart might make a point. You can poke people with it.

This guy in the UK has the look nailed.

It didn’t seem to catch on in Italy, but you could try and start a trend there… 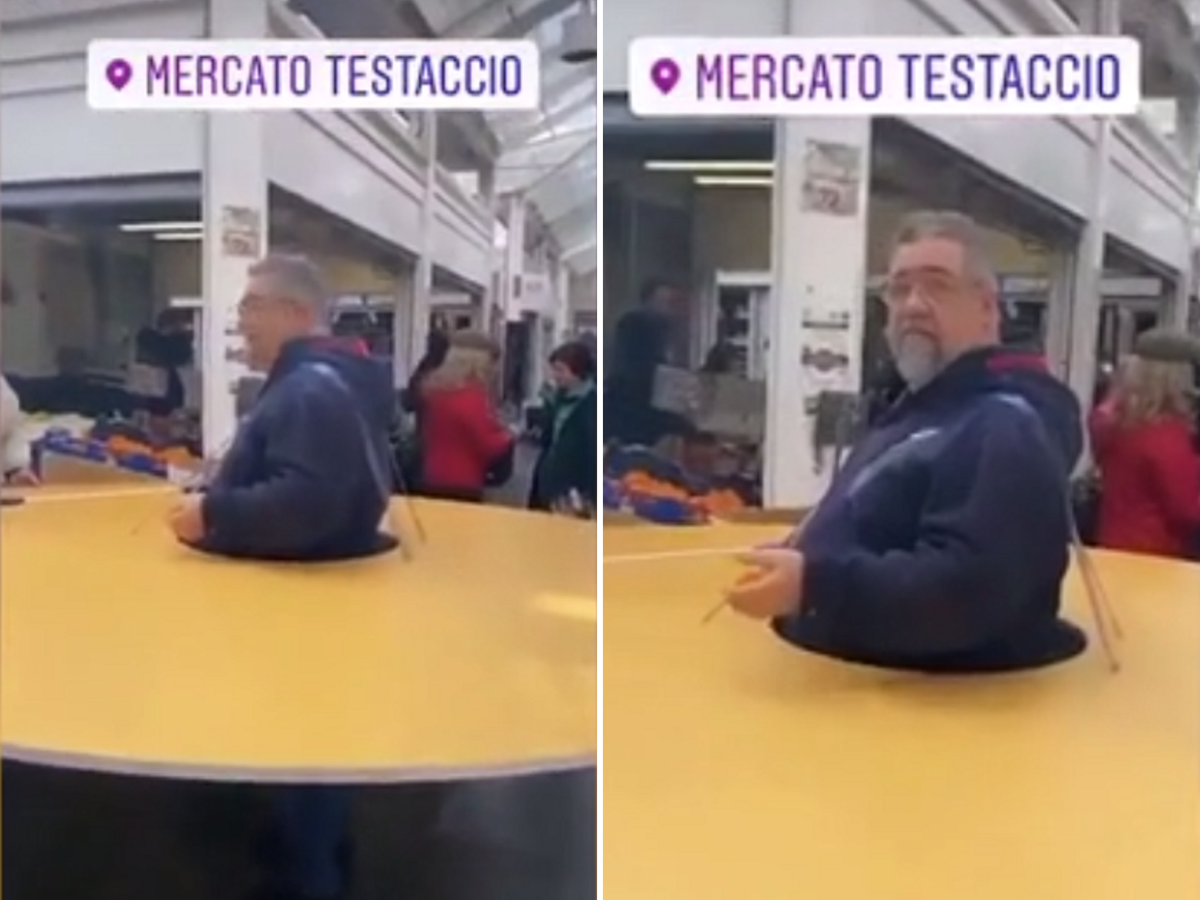 Man takes extreme measures to stay away from others as country’s death toll soars past 1,000

I am debating trying to find two yardsticks and taping them together and just smacking the crap out of anyone who comes closer. I went for a 3-mile walk and EVERY group I came across DID NOT MOVE. If I wanted to keep 6 feet of distance, I had to move. I know someone has to yield but I think the other people who should have moved because I was walking on the right side of the sidewalk and the houses and shit were on my right. I couldn’t go further right and left takes me directly into the oncomer’s path. Plus I would have had to walk in the street with cars coming up behind me, whereas if they walked in the street they could see the cars without turning around.

We’re not a lockdown state yet and when we have to, we’ll have deserved it because for the smartest state, we’re fucking morons. There were joggers the other day who kept coming up on a different route and instead of going around us wide into the grass, they would pass right next to us. Thankfully they stopped or we were going to fake sneeze and cough. I yelled at a mother not paying attention to her kids that were coming too close. It must be really hard to have more kids than adults in public under the best of circumstances, but if your kids can’t follow directions, your kids need to be home. And you need to watch them 100% of the time.