I think there are many Mass Effect fans here. As one of them I am keen on learning what the forthcoming “Legendary Edition” will bring us. Here is a video detailing what we might expect. Overall I am looking forward to it. I’m not sure it is the bottom-to-top remaster I hoped for but it looks good. 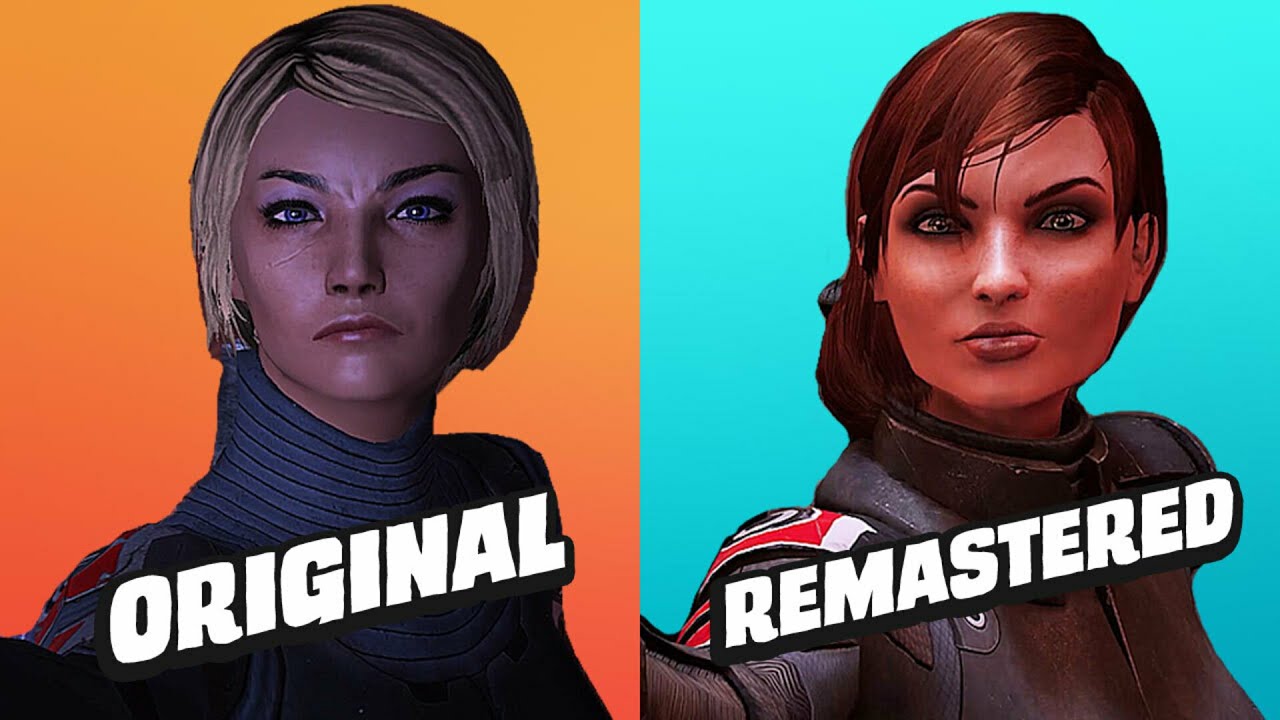 I’ve played the trilogy many times. The only bit that sounded tempting to me is the inclusion of (almost) all the DLC, none of which I have ever played (except for Bring Down the Sky which I was able to download for free a few months ago). So if I could get the Legendary Edition cheaper than the cost of the individual DLCs, I might consider it.

Some of the DLC are pretty good. Overlord and Lair of the Shadow Broker come to mind. I am sure I am missing other good ones (the Kasumi one was fun too…whatever that one was…plays a little like “Hitman”…kinda).

If you have not played any they may add up to enough new game for you to be worth it. There are a lot of them and add many hours of play.

Mass Effect is my favorite game series of all time. I will probably not be able to prevent myself from purchasing this eventually.

I have, by FAR, played more Mass Effect than any other game that is remotely in the same category (BioShock, Skyrim, Fallout, etc.). I have played those a lot too but Mass Effect beats them.

There are a few games I have spent more time on like Civilization but that’s apples and oranges.

Is it just me, or does the remastered picture on the right hit the uncanny valley? I definitely prefer the original, even if it’s lower resolution.

The only thing about female Shepard that bothered me a little in Mass Effect 1 is her long neck (which looks a bit weird out of armor). It looks like they might have shortened that a bit.

I enjoyed all three and have never replayed any of them. I’ll probably get it for the ps5, sometime after I’m able to find a ps5 to purchase. So I guess around 2035.

The only bit that sounded tempting to me is the inclusion of (almost) all the DLC, none of which I have ever played (except for Bring Down the Sky which I was able to download for free a few months ago).

The link below says there are over 40 DLCs. I certainly do not remember that many. I imagine most were cosmetic stuff like armor and special weapons. Personally, I don’t care that much if Shepherd has “My Little Pony” armor (I made that up) but some might.

I fell in love with the series in 2011 with ME:2 and have had a Mass Effect playthrough pretty constantly ever since. I’m very excited for this remaster and I can finally retire my PS3 because of it.

The number one thing I want fixed are the consistencies in the cutscenes. It’s probably PlayStation/console thing, but the audio and video would rarely sync when it came to things like guns firing or ships flying by. It drove me nuts and I soooo want it fixed. I also would love it if the gun I’m using carries with me to the cutscene. No more of me killing mercs with a Revenant and then the cut scene showing me with an M8.

Here’s an article explaining some stuff, but most importantly is has sliders to show the original scene versus the remade one

What Mass Effect: Legendary Edition Is Changing About The Original Trilogy

Mass Effect: Legendary Edition will introduces a few gameplay changes and other adjustments to the original three Mass Effect games when it releases in May.

Mass Effect is my favorite game series of all time. I will probably not be able to prevent myself from purchasing this eventually.

Same. Except my “eventually” is “day one.”

I’ve been itching for a replay for the last few months, but I decided to wait when I heard the official remaster announcement. It’s been difficult.

One thing I’ll add to the thread: The official “reveal” trailer (from which a lot of the comparison footage in the linked video above was taken) puts a heavy emphasis on the Femshep version of the player character. I really appreciate this. Every Mass Effect fan worth his or her salt knows that Maleshep is, like, (shrug) fine? but Femshep is better in basically every conceivable way.

There’ll be faster load times across all platforms as well, so you won’t have to sit through the entire elevator ride in ME1 anymore–there’s now a new skip button that allows you to just speed to your destination once the game has loaded.

But how will I jam out to that sweet sweet elevator music?

Just don’t hit the skip button. Let it play as long as you like.

I played Mass Effect 1 a couple of months ago, and my thought about the elevator loading screens was “this isn’t nearly as bad as the loading screens in Borderlands 3”. At least you get some party chit-chat and new reports from time to time.

but Femshep is better in basically every conceivable way.

Yep. Especially the voice acting. Male Shep was good, but Fem Shep was just better. Then again, it’s hard to top Jennifer Hale in voice acting. Although Keith David (Captain Anderson) certainly gives her a run for her money.

Same. Except my “eventually” is “day one.”

I’ve been itching for a replay for the last few months, but I decided to wait when I heard the official remaster announcement. It’s been difficult.

Same here. I was close to starting my COVID lockdown replay of Mass Effect, heard about the remaster and decided to wait.

I have actually scheduled the Friday it releases off as a personal day so I can get straight at it (I know…but honestly I have little other use for those days off since COVID started…may as well use one for something).

And I second FemShep. I think I did Male Shep once or twice, did FemShep and now I think she’s the best way to play the game.

I play BroShep and FemShep about equally, 'cuz I love my quarian girlfriend as much as I love my turian boyfriend.

Tali’Zorah was my first romance when I played ME2. Miranda was certainly enticing but it had to be Tali.

It doesn’t matter that you never see under her mask (except in one ending in a photo), she was so appealing as a person. Yeah, Tali was my favorite romance option too.