May all the kidnapped children roast in hell! 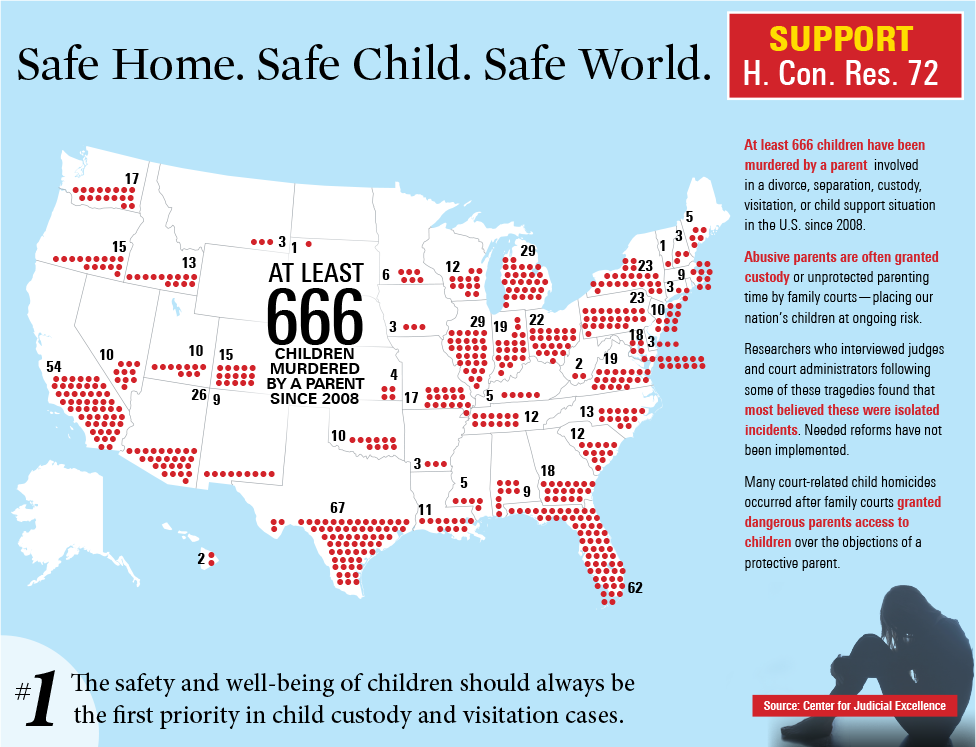 Father of Children Killed in Reseda Was in Custody Fight With Mother Now...

The father of three young children killed in an apartment in Reseda over the weekend had made efforts in court to gain custody of the kids in recent weeks, and the mother, now suspected of stabbing the children to death, was due in court Wednesday...

They are in some danger. Its important to locate the kidnapping parent before things go too far.

And how often is the Amber Alert relevant, much less helpful?

I mean, think about it for a second. We have all sorts of dangerous criminals–rapists, murderers, bank robbers–trying to evade police in their cars, and the cops have ways of apprehending them. BOLOs go out over police radios, likely destinations are monitored, etc. With kidnapped kids, I imagine that other methods are used and occasionally useful, such as highway signs (where there are actual drivers on the road observing other vehicles) giving the description of the kidnapper’s car, etc. Do you get loud intrusive alerts on your TV every time the cops are looking for one of these suspects? Why not, do you suppose?

1,071 children have been recovered due to Amber Alerts, according to the Center for Missing and Exploited children. Non-custodial parents can and do represent danger to their children, so discounting those cases seems bizarre. Roughly 5% turned out to be alerts for children who were not missing.

I get that you don’t like your tv shrieking at you. Mute it. Turn off the alerts. Get pissed at your cable company. Being angry at the system of alerts or the kids themselves is strange.

ETA: Sometimes we do get alerts for other types of criminals. I’ve even had police go door to door or fly over my house. The reality is that humans are more invested in the safety of children and as a society have decided to go to greater lengths to protect them, however imperfect we are at doing so.

So that’s 20 kids per state since when? Forever? If it’s 20 years, that’s one kid per state per year.

I saw stats on this recently and your numbers don’t look right. I’ll look for the prior thread later.

So that’s 20 kids per state since when? Forever? If it’s 20 years, that’s one kid per state per year.

Going with your numbers, if that one kid in your state this year had been sacrificed, how many times would you have avoided being woken up by an amber alert?

Why don’t they keep the Amber Alert blasting 24/7 at top volume and discontinue all TV, phone, internet use, etc, until the villainous kidnapper is captured? I’d have to leave my house just to escape the shrieking, and that would enhance the odds that I’ll see the kidnapper’s car on the street, wouldn’t it?

I should clarify. I looked at a report for 2019 only to get the 5% number. The total number is from the beginning of the program as far as I can tell. I checked the Justice Department and the Center for Missing Children both for that. The program has not rolled out across all states evenly, so I’d have to break out the spreadsheets to get into where they happen, where they work or don’t, etc.

Here is the prior thread from last November.

Thoughts on the Emergency Alert System? In My Humble Opinion (IMHO)

Yes. I also found references to the idea of this happening but I found no evidence that it ever has. So I’m hoping nearwildheaven can tell me about their experience with Netflix tornado warnings.

As I said, keep the program and keep the opt out option.

I’m not. Click on What Exit’s link for a fuller discussion of this “issue.” it seems like a lot of phony BS to me. There’s no shortage of crimes that the citizenry can be alerted to, but which get chalked off as “not worth bothering people about,” crimes a whole lot more serious than a pissed-off parent absconding with a kid.

I don’t mind the alerts, as they serve a good purpose.

But–when it screeches on the TV so loud (seems like 10 time higher than the TV show I was watching), I admit I get ticked off. Especially when its the weather and the storm is nowhere near me and is a few hundred miles away.

I rarely get amber alerts around here. And I’ve got it turned off on my iPhone.

, keep the program and keep the opt out option.

Not an option, as my link indicates: ATT explains that this system is mandated by the government, not the carrier.

Something about that is incorrect. ATT is my carrier and I did indeed Opt Out.

Got a few eyeballs, din’t it?

Ooh, you’re so edgy. I bet you have studs in your leather jacket, big boy!

They use the EBS here in PA for weather alerts and Amber alerts. Both audible and visual alerts.

There’s no shortage of crimes that the citizenry can be alerted to, but which get chalked off as “not worth bothering people about,” crimes a whole lot more serious than a pissed-off parent absconding with a kid.

Kidnapping is a federal offense, and any kidnapping runs the risk of the victim not emerging alive. We only have to look at the story two weeks ago of the man who took his children to Mexico and murdered them because he thought they had serpent DNA.

Got an amber alert here in Los Angeles because it might be cloudy at the beach. Thats about the extent of disruptive weather in these parts.

Provided you’re not bothered by drought, water shortages, smog, the worst air quality in the nation, wildfires big enough to be seen from the moon, earthquakes, mudslides, sea level rise with coastal flooding and erosion, and the various other environmental features of la-la land.

Those things are real but not weather features.

But overall this is a wonderful place to live. I live in West LA and we avoid the heat of the most of LA County. Our winters usually are in the 50s and 60s. We dont have much humidity. We dont have mosquitos.
IMO our biggest issue is the water shortage.

I’ve always loved California, but its historical environmental challenges have definitely increased in number and many have been getting worse.