Maya Contreras is running as a Democrat in New York’s 12 Congressional district.

And she’s hired a 14 year old high school student as her campaign manager. For a congressional seat in the bruising world of New York politics.

@mayatcontreras
“Her policies went beyond the Democratic talking points and actually were written to help everyone in her district, no matter their economic status or political affiliation, & it was clear [Maya] wrote them with the needs of the Twelfth District in mind. https://t.co/lqqZQT7ty6”

An easy way to judge a candidate is by the staff they hire for important jobs. Some campaigns hire Twitter trolls and I immediately eliminate that candidate as a choice for my vote. It’s even sillier hiring a 14 year old who can’t even work 20 hours a week. A congressional campaign needs a full time experienced campaign manager, this isn’t some city council position in the burbs.

She doubles down and claims reverse ageism. 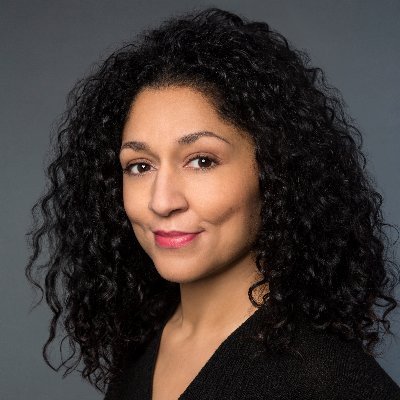 @mayatcontreras
Ageism works both ways folks. Some people are extraordinarily gifted. Theo is. I know in this politically climate people are incredibly cynical (see tweet below) but luckily, I’m not and neither is Theo. https://t.co/SS72cCkmN5

Job discrimination against minors is perfectly fine. What’s next, hiring an infant?

An easy way to judge a candidate is by the staff they hire for important jobs. Some campaigns hire Twitter trolls and I immediately eliminate that candidate as a choice for my vote. It’s even sillier hiring a 14 year old who can’t even work 20 hours a week. A congressional campaign needs a full time experienced campaign manager, this isn’t some city council position in the burbs.

I semi-seriously wonder if she even knows about the work restrictions that 14-year-olds face.

This is no ordinary teenager. He’s a political activist.

My generation is already facing so much uncertainty because of climate change — we don’t even know if the Earth will be habitable when we grow up. At least with guaranteed basic income, families will know for certain they won’t become homeless when they lose their jobs or get COVID, or whatever disease comes next. And I know you want us to take risks, you want us to innovate, invent the next great thing, solve big problems — universal basic income is the safety net my generation needs to save the Earth, and to make this city and country fairer, smarter, and healthier.

There’s apparently a whole pack of progressives looking to follow in Alexandria Ocasio-Cortez’s and Jamaal Bowman’s footsteps and knock off a long time NYC Representative (Carolyn Maloney) in a Democratic primary. I guess this at least gives her a gimmick to try to stand out.

Well, if it’s a publicity stunt (checks forum for other threads relating to upcoming Congressional primaries) it seems to be working. No law says he has to actually be given as much responsibility as people with that title usually do.

As an aside, I wonder how the child labor laws would apply in this case. Kids ordinarily can’t work more than a certain number of hours per week, but this is presumably a salaried position, where the number of hours you work wouldn’t typically be tracked. Are they obligated to track them in this case because he is a minor?

Alternatively, maybe he’s not getting paid at all; there’s no law preventing him from volunteering as many hours as he wants to, is there?

Alternatively, maybe the job doesn’t actually require that many hours?

In my life,all the people I’ve ever seen “working so hard” for “so many hours” in jobs that I’m actually familiar with are mostly not doing very much most of that time. I can get the same work done in half the time, typically. They just inflate their hours (consciously or not) in order to make it look like they’re “working really hard!”

Aristotle: ‘They - Young People have exalted notions, because they have not been humbled by life or learned its necessary limitations; moreover, their hopeful disposition makes them think themselves equal to great things - and that means having exalted notions. They would always rather do noble deeds than useful ones.’

He is rather critical of this attribute of youth, but frankly, having candidates and managers who would rather do noble deeds than useful ones isn’t the worst that could happen. After all, pragmatism is the first refuge of the scoundrel.

One of the more than thirty mayoral candidates in the city’s Democratic primary, the rapper stocks their “Love Gallery” with vintage clothes, free groceries, and a thirteen-year-old campaign manager.

So he has experience, then.

Can’t really cite lack of maturity considering the mental capacities of some of the politicians elected nowadays.