Maybe The Romans Were On The Right Path?(certain people suck and I'm dumb)

I’m not saying the Romans are said to have used methods I’d condone in dealing with christians, but maybe in my fantasies they were correct in their attitude?

Had a meeting with HR today (not a good thing 3 weeks into a new job) because a “good christian woman” complained about me.
So my job is to go into a grocery store and make the various brands and styles of bread my company sells look pretty on the shelf. Turns out that my uniform and job makes me look like a store employee so people ask me where the … toilet bowl cleaner is, for instance.
Yesterday, I’m at a store doing my job and a woman asks me if I have any of XXXX Bread, “No ma’am, that’s not one of my brands, sorry, wish I could help”
Well, that just would NOT do!!!1!1!! She started going off on a tirade, something about I can’t do my job right blah blah blah, I’ve already tuned her out mostly, because I’ve got 5 more stops and I just barely got started at this store. The tirade gets political and religious. She starts talking about my parents, Mom very specfically and her sexual habits and how she raised us kids and was obviously not a good christian mom and I blew it. I looked at her and went off, I ripped into her about everything she said once she went off into politics and religion because that got my attention back.
Told her in no uncertain terms that she was not a christian and her fetishizing of the ten commandments while claiming to be a christian marked her solidly as a member of a satanic cult of hatred and death and to get away from me.

The only thing that saved my job was that the lead cashier was videoing the whole thing to show her manager who then called my manager and got the video to him, who in turn went with me to see HR and to show them the video. I got a reprimand.

Hi everybody, I’m Dorkvader and I’m a christian and I hope to overcome this addiction with the help of a sponsor to this 12 step program.

The woman sounds like a complete jackass. But did you actually say anything along the lines of, “Ma’am, I don’t work for the store, I work for the Bread company directly?”. This would have been before her sick and twisted tirade where she showed herself to be deranged at best or actually evil.

If i may make a gentle suggestion: when a customer mistakes you for a store employee, it’s helpful if you say, “I’m sorry, i don’t work for ABC grocery, I’m just an employee for AgMart products, and I’m only here to make sure they are displayed properly on the shelves. I’m afraid i don’t know anything about the [other brands/restroom supplies/whatever].”

Not that that excuses her. She sounds totally horrible. But if she didn’t understandable your role and thought you were just ignoring her out of… I dunno, spite or indifference, that might have added to her underlying personal problems and turned up her rant a few notches.

Because i don’t think i would have understood “that’s not one of my brands” to mean “i don’t work here, sorry, i actually can’t help you.”

When an actual employee doesn’t know the answer to my question, they normally ask some other employee who does, not just tell me they can’t help.

“I’m sorry, i don’t work for ABC grocery, I’m just an employee for AgMart products, and I’m only here to make sure they are displayed properly on the shelves. I’m afraid i don’t know anything about the [other brands/restroom supplies/whatever].”

Unfortunately, people like her frequently won’t listen when this is explained to them. I’ve seen all sorts of stories of one shopper demanding help from another shopper as if the other shopper were an employee, not listening to or not believing the “I’m not an employee” explanation, and literally dragging a store manager over to fire the other shopper.

Huh. I’m frequently mistaken for an employee and asked for help. But I’ve always been believed when I’ve said i don’t work there. Well, so far, anyway. Knock on wood, i guess.

I had that happen in a Supermarket once. Really pissed me off too. Funny thing is if they asked nicely to start with, I would have helped, but they demanded I do something and that rubbed me the wrong way.

I did reply, “I don’t work here, learn how to ask for help if you want it. Even if I did work here, you should be polite.” They went off on a tirade and I laughed and walked off.

Thats part of the “im dumb” I did not explicitly state that I wasn’t a store employee, I sorta thought that a shirt that doesn’t look like the rest of the employees with my actual company name on it in big letters would be a hint, but, eh I was wrong maybe?

It was everything after she went off topic of employment and job skills and ventured into politics, religion and family that got to me though.

And I’m just really really tired of political christians pretending to be so pious and righteous when they’re not and not even really all that christian in their actions or attitudes.

Aww, I’m sorry that sucks. Merchandisers were always my favorite people when I was working at Safeway. I had more than a few that always came by sometime overnight, and did their whole rounds overnight. I don’t know if you have a set schedule or just a list of stores you have to visit at least once a certain interval but if it’s the latter, think about doing it overnight when only the stockers are there, if possible.

It was everything after she went off topic of employment and job skills and ventured into politics, religion and family that got to me though.

Well, she sounds like a complete asshole. I mean, crappy employees don’t deserve that kind of treatment, not by a long shot.

I’m inclined to blame it on her, not in her religion. She’d have used slightly different words if she were an atheist or a Buddhist, but anyone who goes off like that is going to find some justification for her bullshit whatever she “believes”. Of course, her religion obviously didn’t save her rotten distorted soul, either.

Using the lady mentioned by the OP as an example, she probably has no clue that behavior like hers is what’s leading to the rise of anti-Christianism in America. These are Christians who treat waitresses poorly at lunch after Sunday service, or spread false hoaxes on social media, etc. but fail to see or understand why people dislike them. It would be like some climate-change skeptic who is utterly baffled that “the planet’s temperature is rising 2 degrees Celsius all by itself!”

That being said, though, the OP should have made it clearer why he wasn’t helping the lady the way she wanted.

I’m sorry that happened. She sounds like an awful person.

As a fellow Christian, I’m disappointed that you didn’t take the opportunity to help her meet Jesus immediately.

a woman asks me if I have any of XXXX Bread, “No ma’am, that’s not one of my brands, sorry, wish I could help”
Well, that just would NOT do!!!

Karen sightings are common these days.

It kinda shows who in this thread reads Not Always Right and who doesn’t. The site is replete with this kind of story.

If it was someone like this woman, or some trump loving snowbird, I’d say “the ketchup in on aisle 23”, especially if it is on aisle 2, and there are only 20 aisles. 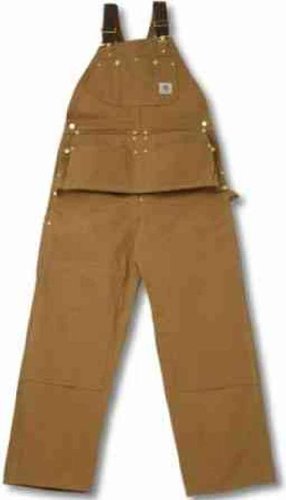 ain’t, in any way, the standard, or even rare, uniform of employees.

Had something like this years ago while in a Walgreens and my polo was much like their uniform. I said, “Sorry. I don’t work here” to a female customer.

Since it’s a drugstore, I was hoping shoving pills in her was gonna be the help she needed.

At OP, I don’t blame you for going at her. She needs to know where to properly throw her arguments at. Not at a bread co. rep or an employee.

I posted something there about an idiot calling my boss over my bad behavior…when I was shopping at a different store while wearing my work ID.

I got chewed out over it, quit and left while hearing my bitch of an ex-boss chewing me out over not giving two weeks notice.

I’ve had the whole “mistaken for an employee” thing work out to my benefit once. About 20 years ago I was on vacation in Sandusky, OH, for the purpose of spending a few days at Cedar Point, and was staying in a motel right by the causeway that connects the island it’s on to the mainland. The first time I was headed over to the park in the morning, I set out to cross the causeway on foot and a security guard told me pedestrians weren’t allowed. I asked how I was supposed to get across without a car then, and he told me “The employee shuttle’s right over there in the parking lot.”

Turns out the windbreaker I was wearing was the exact same shade of blue as the windbreakers issued to park employees, so I was able to pass as an employee and ride the shuttle to the park and back rather than have to pay for a taxi.