Here in a state that went trump by an rch we are having an election for Governor this year. On the Republican side we have Bill Schutte, the incumbent (and term-limited AG). Persona assessment: If you like Jeff Sessions, you’ll love Bill Schutte. Also Lt. Gov. Brian Calley, who seems inoffensive enough but is handicapped by the Rick Snyder Flint water crisis taint. I’ve already seen one Calley commercial, though, calling his opponent “Shady Schutte”.

For the Dems we have a wider field including the establishment pic Gretchen Whitmer, retired businessman but political neophyte Bill Cobbs, another businessman Shri Thanadar, whose major contribution to the campaign so far has been a commercial making fun of his own name, and Abdul El-Sayid, a Musim doctor who does at least have some governmental experience as Wayne county health commissioner, and he’s only 34 years old! If Whitmer is the (Hillary) Clintonesque candidate, Thanadar is the Bernie Bro, at least that’s been my impression. Cobbs seems to think that if people voted for a businessman outsider from the right for president, they’ll vote for a businessman outsider from the left for Governor. Not sure if being African-American helps or hurts anymore. I did see a debate between the latter three candidates a couple of weeks back. (Whitmer was unable to attend.) I was actually most impressed by El-Sayid but am not sure if the state would vote for a thirty four year old.

Any other folks, especially Michigan residents, want to weigh in on this one?

I want to win. My first choice would be Shri Thanadar as he seems to be the most reliably liberal of the lot. El-Sayid is a good candidate, but unfortunately Islamaphobia may be hard to overcome. Yes, Gretchen is the establishment Democratic candidate and I expect her to take the nomination. I am definitely not ruling out Shri, I think his self-effacing commercials may do for him what “one tough nerd” did for Snyder in 2010.

Shuette is a smarmy little prick who ran for AG for the sake of running for governor. He’s trying to milk the Nassar scandal for all it’s worth, at one point being very improper (as in Nixon-Manson) in labeling Nassar a monster way before trial. Of course, like all Republican AGs he joined suit against the ACA. I agree that Calley is a generic inoffensive Republican in the Romney-Milliken mold, I think the GOP nomination is a tossup.

I was actually most impressed by El-Sayid but am not sure if the state would vote for a thirty four year old.

I would expect that his religion and his name would be a bigger handicap than his age. They shouldn’t be, but I expect they will.

Abdul El-Sayid, a Musim doctor who does at least have some governmental experience as Wayne county health commissioner,

Correction: He headed the City of Detroit’s health department.
I like Abdul, I saw him speak at Hope College in Holland. He’s got a great story-- medical doctor who wanted to focus more on public health than patient care; came to the U.S. as a child from Egypt, step-mom converted to Islam so much of his family is still Christian, was a professor at Columbia University, Rhodes Scholar, did some pretty incredible things with virtually no budget at the City of Detroit. I was hoping he’d get more mainstream endorsements, but the big names seem to be moving around Whitmer. Early in the year, a group of Dems (white dudes) got together in an attempt to recruit another candidate-- notably Sen. Gary Peters-- to run. Their reason was that they thought a candidate like Whitmer with little state-wide name recognition, who has no connection to Detroit, was going to struggle to win against someone like Schuette. The optics, however, were that a group of white dudes were colluding to push Gretchen Whitmer aside. Regardless, all those guys have since come together to endorse her.

I would love to see Whitmer tap El Sayed as her running mate. I think that would help pick up some progressive votes, as well as solidify the Wayne County/Detroit vote.

This should be the Dem’s race to win-- we typically hand the governor’s mansion to the party opposite the one in the White House, plus under total Republican rule in Lansing, we’ve gotten the still-unresolved Flint debacle, an education system that has absolutely tanked under Devos Lobbying Dollars, roads that everyone wants fixed but Republicans refuse to fund, a Right-to-Work law that nobody but right-wing plutocrats wanted, and repeated attacks on local government autonomy. Should be an absolute slam dunk, but I’m not 100% sure the Dems are quite tall enough to reach the rim. I really, really hope I’m wrong.

It’s pretty large in Wayne and Oakland Counties (with some in Macomb), but most of the state is pretty non-Muslim. I moved to the west side of the state a few years ago from Dearborn (the epicenter of Arab culture in the Midwest), and people have said some pretty ignorant things when I tell them where I moved from.

Certainly we have more Muslim residents than other states. But they’re generally concentrated in urban areas- Dearborn in particular as well as the metro Detroit area in general as well as college towns. But the rural areas and smaller cities harbor a great many people more disposed to Islamophobia. A congressional seat would be doable, I’m not sure that a statewide win is possible.

I want to win. My first choice would be Shri Thanadar as he seems to be the most reliably liberal of the lot.

Thanedar has referred to himself as a “fiscally savvy Bernie,” and is pushing a platform full of Sanders’s progressive policy priorities. He’s claiming he will advocate for things like a single-payer health care system and a $15 minimum wage, both of which are uphill battles in Michigan and can only pass with a committed governor and legislature who do not abandon them out of political timidity.

Joe DiSano, who runs the Michigan-based consulting firm DiSano Strategies, told The Intercept that he first met with Thanedar in January 2017, before he announced his bid for governor. “Shri didn’t know what party banner to run under. But he was certainly running,” DiSano said.
[…]
Hemond, who is a prominent Michigan Democratic consultant, was joined by Dan McMaster, a prominent Republican consultant, as well as Brian Began, a former staffer for Michigan’s House Republican Caucus. At the meeting, they asked Thanedar what party he was thinking of running in.

To their surprise, Hemond said, Thanedar told them it didn’t matter.

“He came to us looking for advice about running for governor, and was obviously in the market for a consultant,” he said. “We asked him what party he wanted to run from and he said he didn’t care. He said whichever side we thought he had the best chance to win on. Which we thought was interesting.”

One thing about Muslims in Metro Detroit is that around a quarter of the “Arabs” in the area are actually Chaldean, and new immigrants are now predominantly from that subculture, which often denies that they are Arab (even if they are culturally Arab and thus to most people indistinguishable), and are often very opposed to Islam due to repression of their religion (Eastern Catholic) in Iraq. They are especially concentrated in the northern suburbs, particularly Troy and Sterling Heights (where I’m from), rather than the southern suburbs like Dearborn. I don’t know of any mosques in this area, but I know of multiple Chaldean churches. 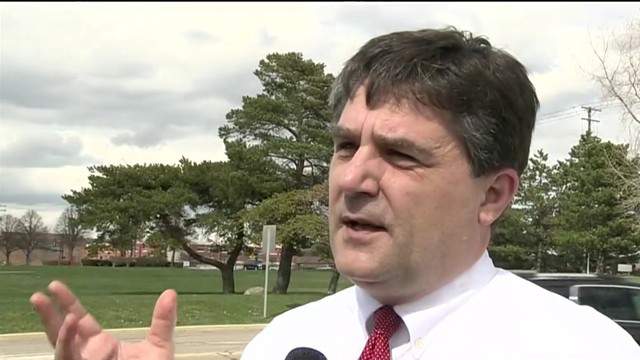 But how many bargain-basement trumps are there out there?

Already the Facebook extreme right wing nut jobs are on the case. The text of a post being shared lately: ABDUL AL-SAYED IS RUNNING TO BE THE FIRST MUSLIM GOVERNER (sic) IN THE NOVEMBER 2018 ELECTIONS TO TURN ALL OF MICHIGAN INTO DEARBORN! ONLY YOU CAN STOP THIS. STAND UP AND FIGHT TO TURN MICHIGAN RED!

The irony here is that these are the same folks who complain about Muslims not assimilating. I can’t think of a better way of assimilating in a democratic society than by running for office.

Residency question about El-Sayed seem to have been laid to rest. Bill Cobbs failed to get enough valid signatures so he’s out. The Republicans held their first debate last night and fell all over each other trying to board the trump train. A good tactic for the primary, not so much perhaps come November.

MIRS (Michigan Information & Research Service) has released polling numbers, although they require a subscription to read their articles.

I did find a screenshot of the article on…warning!… Facebook.

The poll also shows Whitmer beating Schutte in a head-to-head, 42-37.

Abdul’s still my pick, but I’ll gladly get behind Whitmer if (when) she pulls out the victory in August. I also still hope she’ll pick Abdul as her running mate; I sorta watched the Dem debate and it didn’t seem there was too much bad blood between them, and I can’t think of anyone else in the state (notably, from Wayne County) who she might pick that would have the same state-wide name recognition or experience campaigning across the state at that point.

I sure hope Whitmer can win this thing. Schutte combines the worst attributes of Pence and Sessions and is working on incorporating trump’s as well.

The GOP has obviously concluded that Gretchen Whitmer has the nomination sewn up. Already the so-called Americans for Prosperity has put out ads calling out Whitmer for voting for [gasp] raising taxes! Yaaaaaah! Run for the hills! Tax increases!

They will also certainly try to tie her to Hillary and former governor Granholm due to the whole lacking a penis thing.

Things gettin’ a little stinky on the Pub side: Ingham prosecutor refers request for investigation of AG Bill Schuette to FBI

Interesting. There are those who also say that Schutte’s Flint related prosecutions smack of political attempts to embarrass Calley, who is Snyder’s Lt. Gov.

Gretchen’s ad is a good one. I don’t watch over-the-air tv much, but it’s apparently running quite a bit.

Our roads f*cking suck, everyone wants them fixed, Republicans have been unable to do anything about it. Nothing. Bupkis. She addresses a simple issue of fixing the infrastructure that doesn’t get into the weeds of healthcare or guns or opioids or pensions or or labor or Trump or whatever. That stuff will be addressed, but a nice simple message that resonates with a shit-ton of voters is a winner, 99 times out of 100.

She may have to expand upon that message for the general, but it should be enough to get her through the primary with no problems.