New month, new thread. It’s been a most interesting season so far and Covid appears to be in the rear view window as far as the MLB schedule goes. That’s good because the weather last weekend was awful enough to cause a bunch of the hated 7 inning double headers. And, while I don’t expect to sit shirtless in the Wrigley bleachers on Memorial Day, that 40 F weather this weekend was ridiculous.

The Diamondbacks walk the #8 guy so they can see Jacob deGrom hit. Which is surprising, because I’ve been repeatedly instructed that nobody wants to see pitchers hit. Anyway, deG promptly knocks in two runs. Mets beat Arizona 6-2 and are absolutely dominating the NL East. 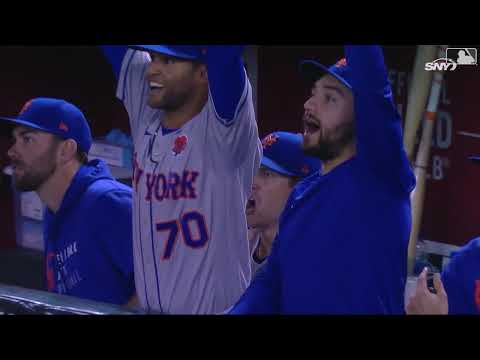 Things will get much more interesting next week, with near back-to-back series against the Padres, who have been kicking the shit out of the rest of the NL.

Strasburg is made of glass. It sucks. So much talent, but it’s wasted rehabilitating from injuries. 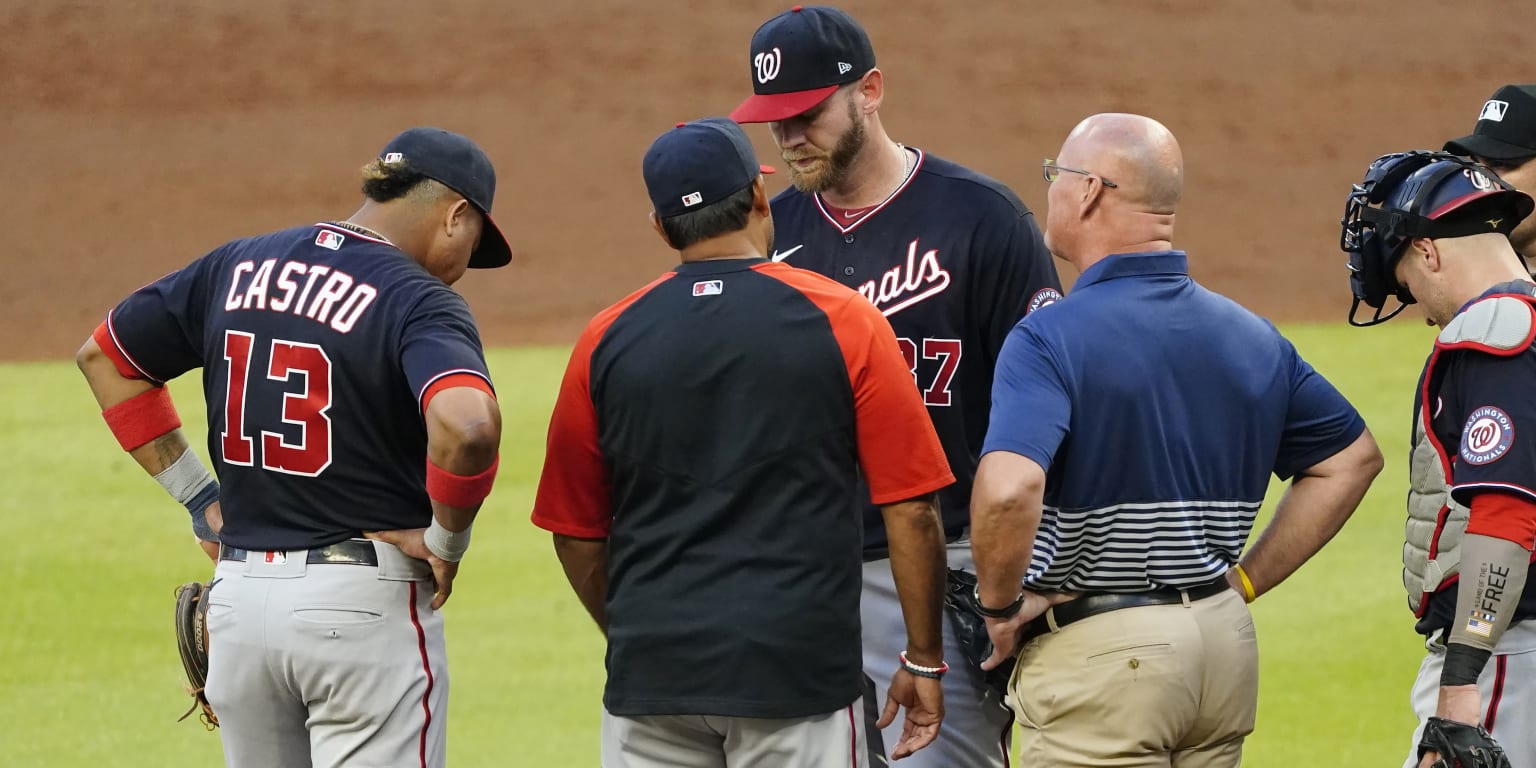 ATLANTA -- Stephen Strasburg exited Tuesday’s start against the Braves after throwing 30 pitches over 1 1/3 innings. Further details will be provided following the game. The right-hander’s night got off to a rocky beginning when he walked leadoff...

Things will get much more interesting next week, with near back-to-back series against the Padres, who have been kicking the shit out of the rest of the NL.

Do you mean the Padres who are a half game back in the NL West? Only 1.5 games up on the 3rd place Dodgers?

That’s only because the NL West has been so insane this year (except the Rockies and the DBacks). The Dads are currently 34-21. That’s a WP of .618. The Giants are at .630. In any other division except the AL East the Padres would be in first place, unless the Giants were also in it.

But the AL isn’t real baseball anyway so who cares.

Mets beat Arizona 6-2 and are absolutely dominating the NL East.

Perhaps your and my definition differ, but I don’t think that leading a division by 3.5 games on June 1 to be particularly ‘dominating’. Although, a 13-8 record against the other four teams in the division is a .615 winning percentage, so perhaps that does classify as domination. Even though the other four teams are all under .500.

Nothing on June 1 is dominating.

Bill James on the state of how MLB is played today. It’s one of the best things he’s written in a very long time.

Mets game is now on YouTube only. I understand the replay will be available later. Will I be able to FF? More importantly, where exactly do I go to see it? If I go to the main YouTube page and search, I might see the score

MLB.TV app says it’s YouTube exclusive, will the archive game be available there? RIght now I could listen live

Bill James on the state of how MLB is played today. It’s one of the best things he’s written in a very long time.

Baseball absolutely cannot address its pace-of-play issues without doing three things:
(1) Stop batters from stepping out of the box between pitches,

(3) Limit throws to first base.

Bill James, as usual, is completely correct, but my god is that dude’s writing redundant and turgid.

Nobody is ever on base, so are throws to first base really a big problem? And what could you possibly do that wouldn’t give the runner a huge advantage, anyway?

Also, that really was terrible. Has James always been such an awful writer?

Has James always been such an awful writer?

Yes. He’s a brilliant dude but he desperately needs an editor.

Bill James, as usual, is completely correct, but my god is that dude’s writing redundant and turgid.

I don’t find this redundant at all, but I do think it’s unfocused. 30 ideas is too many. Some are, IMHO, stupid.

The key takeaway here is his general point - the solution is a bunch of subtle little things, not taking a fucking hatchet to the game like seven inning games. The issue of batters screwing around for an hour between pitches is just a huge deal. It must extend the average game by 15 minutes, and it’s 15 minutes of pure nothing. If I were king of baseball it’s literally the first thing I’d change about the rules.

Nobody is ever on base, so are throws to first base really a big problem?

Throws to first base 100% are a problem. Have been for a very long time. They’re astoundingly boring and ruin pace of play. Limiting throws to first would not only pick the pace up but would increase stolen base attempts a little, and that would be a terrific change. I have liked this idea for 30 years.

That was a conversational approach - it was thoughtful and it is refreshing to read something where it feels like there is still engagement. The author is struggling through and wrestling with both the definition of the problem as well as the solutions. He isn’t just spitballing ideas- he gives pros and cons . Honestly I wish more political discourse was of this nature, since it feels cooperative rather than adversarial.

It could warrant its own thread…

Anyway, he changed my mind about limiting pickoff throws. The idea of limiting unsuccessful attempts is compelling.

I do however disagree about openers. I like idea that a hotshot can throw fire through the first 6-9 batters before letting the starter carry the game through the 7th or 8th.

Throws to first base 100% are a problem. Have been for a very long time

It really is boring, so how would it work? Obviously, runners would be dancing off the bag, hoping to draw throws. So the pitcher bites. What happens when the pitcher reaches a limit? Can’t the runner take a lead half way to second? Is there another mechanism that would keep the playing field level, or close to the equilibrium that exists?

I am all for anything that gives us more action: more base hits, more steals, more defense etc. etc…

There are a couple experiments taking place in the A level right now. In low A, pitchers are limited to 2 pickoffs per plate appearance. In high A, pitchers must move their foot off the rubber before making a move. I like the high A approach much better - for the same reason you bring up: what the hell happens after the 2 pickoff limit is reached?! Let’s incentivize the fun aspects of baseball - stolen bases are fun. Players who steal bases are fun (because they’re also the type of player that hit triples, which are the most fun).

I don’t know if the foot-off-the-rubber rule decreases the number of pickoffs attempts. Maybe the pitcher taking his foot off is enough of a move itself to reset the runner, and the game is faster as a result?

Has James always been such an awful writer?

Yes. He’s a brilliant dude but he desperately needs an editor.

This extends to his non-baseball writing, in particular his serial killer book, The Man From The Train. It’s pretty entertaining overall, but a disorganized mess.

The issue of batters screwing around for an hour between pitches is just a huge deal. It must extend the average game by 15 minutes, and it’s 15 minutes of pure nothing. If I were king of baseball it’s literally the first thing I’d change about the rules.

I wonder if there’s a more subtle fix to this than a blanket ban on stepping out of the box. Maybe no stepping out of the box after a strike. Or no stepping out when their are no baserunners. This allows for the situation where a pitcher comes inside and causes a batter to bail. I also think some allowance could be made to allow a batter to step out to receive signs from the base coach. While a lot of the stepping out is gratuitous and idiotic, that is also when things like bunts, squeezes, steals and approach are communicated. I also don’t think it’s entirely fair to allow a pitcher to fuck around on the mound for 5 minutes futzing with his gear, eyeballing a runner, and waving off signs while the batter needs to remain in the box like a captive spectator. The last problem is how to penalize a batter for stepping out illegally, do we really want to award strikes or outs based on no action? Fines? Removal from the lineup? All of these feel wrong. I suppose each batter could be given one warning per at pat and if he really needs to gather himself before a 3-2 pitch he can use that grace at an opportune time.

I wonder if simply forcing the batter to always keep one foot in the box and his hands on his bat could have a beneficial effect without all the knock-on effects. A batter who can’t walk around in circles, endlessly adjust his gloves and reapply rosin might find wasting time less appealing. Forcing him to stand in a unnatural position could get you 90% of the way there. You could probably balance the scales a little by also requiring the pitcher to remain on the rubber so he can’t pace in circles either.

I wonder if there’s a more subtle fix to this than a blanket ban on stepping out of the box.

I liked James’ suggestion of the umps just not allowing time as frequently. Sure I guy gets brushed back and falls down give him a second but if he just looked at a strike tell them the play ball. If the pitcher gets a pitch in while the batter is fucking off with no time given its a ball or a strike based on where they threw it

It’s an idea, but I generally find subjective approaches to be fraught. You’ll invariably have umps who are more and less permissive than average and you’ll definitely have more players screaming at umps when a violation is ultimately called. In practice it’ll probably end up normalizing to be essentially equivalent to what we have today…since officially, the rules already put the power in the umps hands.