And my get off my lawn rant today is about the ridiculous City Connect uniforms. 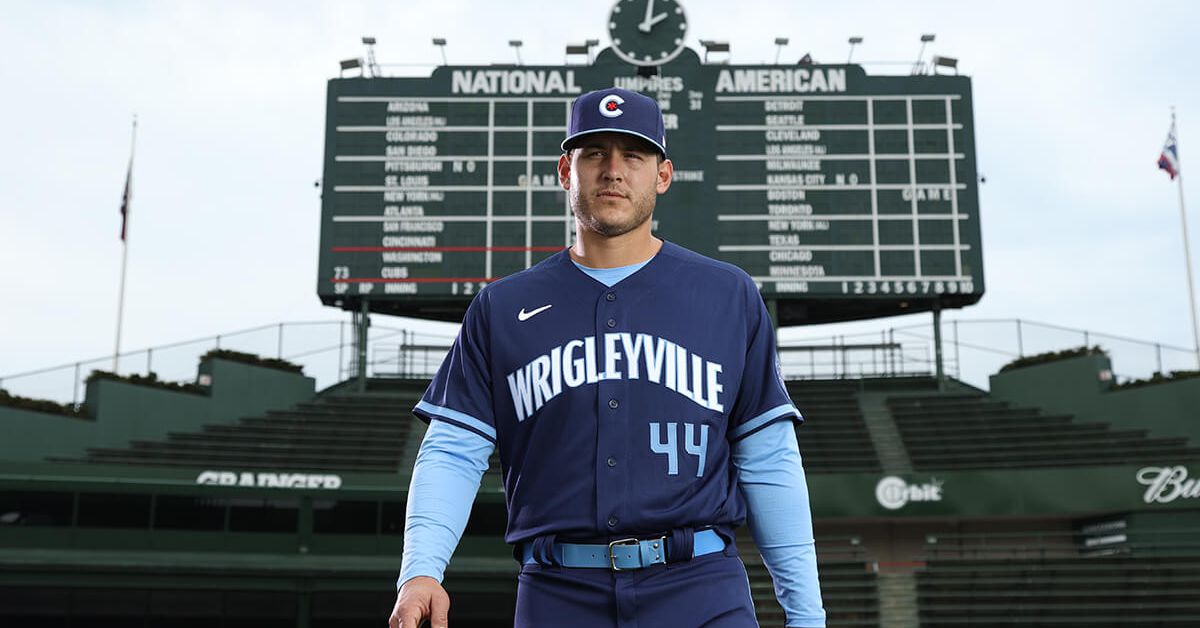 The team will wear the new uniform for Saturday’s home game against the St. Louis Cardinals and fans can buy items from the Nike Cubs City Connect Series collection starting today.

Every season the alternate uniforms get worse.

Edited to add: I’m of the opinion that any team that decides to wear black in the daytime in the middle of the summer is a bunch of complete idiots.

The Nats are so frickin’ bad, it’s making me crazy. I feel like I’m watching the Senators all over again.

Lack of sticky stuff caused the rotation on Trevor Bauer’s four-seam fastball to be 222 RPM lower than his season average in the first three innings today (2613 RPM versus 2835); all three of the hits he gave up to the Braves in those three innings were on fastballs. Bauer gave up a total of 6 hits and three earned runs in six innings, and took the loss.

Gerrit Cole lost 125 rpm on his fastball while giving up 5 runs in 5 innings. When asked if he used a specific substance (Spider Tack) his answer was “I don’t know how to answer that” followed by some ramblings about customs passed down from earlier generations.

When asked if he used a specific substance (Spider Tack) his answer was “I don’t know how to answer that” followed by some ramblings about customs passed down from earlier generations.

Sorry for the double post, but you want to see what the MLB should be aspiring to? Watch the Women’s Softball College World Series. Tonight had quite a few strikeouts, 3 homers, and a shit-ton of base hits and (super-aggressive) base running. I was watching for my team, but it was still a damn fun game to watch.

Oh, and the 'Noles won 8-4 for their 6th straight win in this WS. Lost 1st game and then tore through the loser’s bracket to make the final (including one game that didn’t finish until 3a because of weather). Go 'Noles!

The Pirates are still having problems at first base. 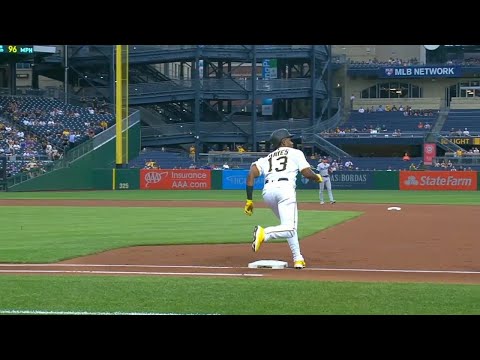 and (super-aggressive) base running.

I’ve watched as much of the WCWS as I can, and I thoroughly enjoy the action. But Oklahoma shot themselves in the foot big-time last night by trying to score a baserunner with one out, down 4 runs. She was out from here to next week. That’s not aggressive, that’s just dumb.

I wouldn’t get too comfy pointing the finger at Cole and Bauer. This is league wide; pitchers on every team are using this stuff.

This is league wide; pitchers on every team are using this stuff.

Definitely agreed – the SI article to which I linked a few days ago contains speculation from insiders that the vast majority of pitchers had been using sticky stuff, to a greater or lesser degree.

As MLB apparently is now actually trying to crack down on its use, it’s going to affect all of those pitchers – and if they start getting hit around more, more of them are going to be facing these sorts of questions from the media. It just so happens that Bauer and Cole are two whose sudden drop in spin rate has been documented.

“…an on-field crisis that faces baseball today: bad baserunning, the worst I can remember in the 41 years that I have covered the game. The players today are spectacularly talented – bigger, stronger, faster and better than ever. They overpower the sport with their amazing physical gifts, yet too many of them have no instincts for the game. They have no feel for the game. They have less of an idea and an understanding of how to play the game than any time I can remember. And their most egregious mistakes are made on the bases, mistakes that happen in every ballpark, every night.”

“Baserunning is terrible today,” Astros manager Dusty Baker said. “The two things we need the most work on is outfielders throwing and baserunning. Baserunning is just horrible.”

“Baserunning is the worst I’ve ever seen it,” said Van Slyke, who played in the major leagues from 1983 to 1995 and was one of the game’s premier baserunners. “It started a generation ago, and it has gotten progressively worse. It’s the worst part of Major League Baseball.” 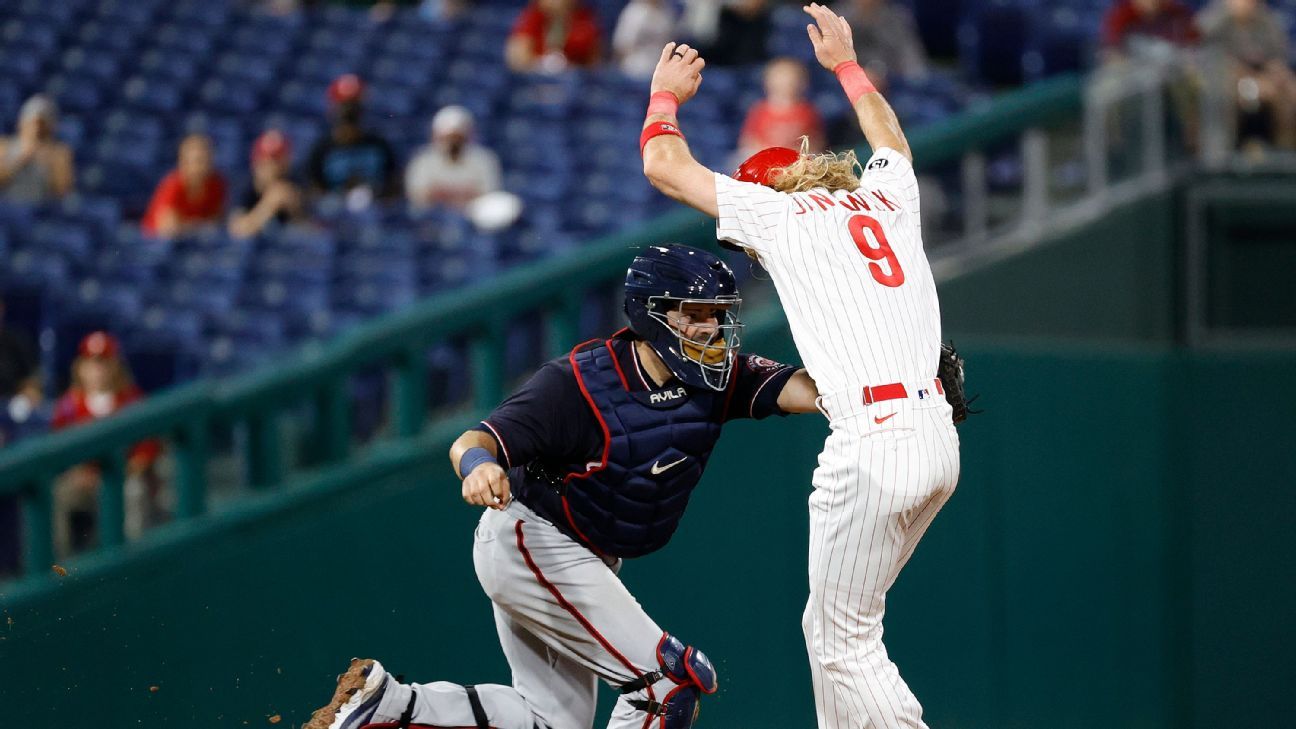 'Sorry you had to see that': How baserunning has become an embarrassment in MLB

It seems so simple: Run the bases. You learn these things as a child. Or do you? "Baserunning is terrible today," Astros manager Dusty Baker said. It's a real problem in Major League Baseball -- and it's only getting worse.

Sorry, I don’t buy it. I think this is just the usual “guy who used to play bitches about the younger generation” stuff.

You see a funny baserunning gaffe every now and then, at least sixty percent of which aren’t Gary Sanchez. The thing is, you always did. These guys are fooling themselves; there were ALWAYS bad baserunners, or good runners making boneheaded mistakes. Does everyone forget Darrell Evans falling asleep at third base in the 1987 ALCS? The time the Blue Jays had THREE runners picked off first base in the same inning in 1983? (Yes, really.) In 1926 the Dodgers famously ended up with three guys on the same base. Ernie Lombardi was once caught by a hidden ball trick so badly he told the fielder “if you tag me I’ll punch you” and just walked off the field. Obviously, these are just famous examples, but exactly, right? For every one of the standout gaffes, there’s scores of less famous examples of guys throughout the National, American, and Negro Leagues blanking out and stumbling into hilarious/enraging baserunning howlers.

Well, there’s hope for the next generation. 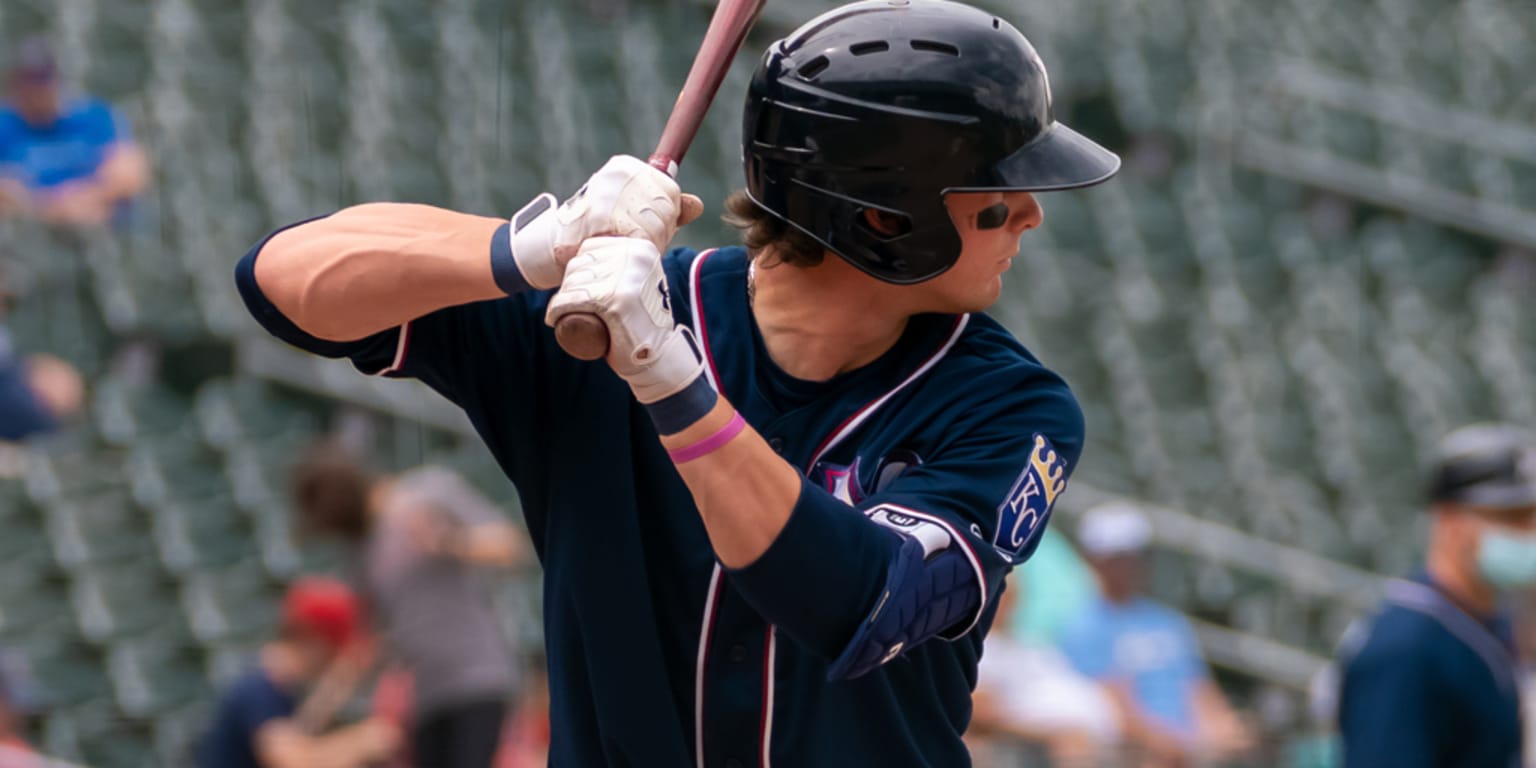 Bobby Witt Jr. belted his Double-A Central-best 10th home run of the season to dead center field in the first inning on Tuesday night. Four innings later, it looked like he added his 11th. He forgot the last crucial step -- literally. It was ruled...

hating MLB.TV more than ever. Have to watch Mets online (proxy) because it is blacked out even though I am 300 miles from Baltimore. When it goes to commericial, if I don’t drag the white dot across fast enough it plays the commericals (half of which are highlights of past games) and can’t FF. But not only that, it doesn’t play them straight through, I have to press the play button for each one. This is a problem because if the commericals have to be there I like do other things, like cook.

I can’t believe it was designed this way (what designer could be so incompetent?) , but I see no way to change it in settings. Could the slower connection through proxy be the reason?)This is the last Orioles game this year but they play the Nats many more times.

I’m shocked to see that the article on MLB’s website doesn’t call out the ump for calling Witt out. Witt clearly touched home - it was a horribly blown call.

I don’t know how you can tell from that flat angle.

When it goes to commericial, if I don’t drag the white dot across fast enough it plays the commericals (half of which are highlights of past games) and can’t FF.

icon to mute and unmute. No dragging required.

I haven’t experienced the problem of having to click through the ads. I just mute and wait for them to finish. Do you have an adblocker running? That may interfere with the app. I’m using the browser-based desktop version of the app, btw.

Edit: I realize now you were talking about dragging the timeline, not the volume slider. Yeah, the app tries hard to force you to watch ads if you try to skip past an ad break. That’s why I just mute it.

I just found this second angle:

Normally touch home with 2 feet so I was trying the NFL toe drag to get the second foot in!

I think the ump may have been right. It’s at least questionable. I’m surprised there isn’t a camera angle that would clearly show it, even in AA ball.

I doubt that Skippy will need to do the two-step in order to have success in his baseball career.

Wonder if this extension might be it - Disable HTML5 Autoplay (Reloaded)

I use it on CNN when I click into a story to keep other videos from playing.

Probaby not it though, I only have in enabled for CNN.No ad blocker turned on