Woot! For the first time in many years of watching baseball, I saw a triple play live in the NY-TOR game last night. I wasn’t convinced the third out was really an out, but the call stood. This is the first time in Yankee history that they have two TPs in one season. Every time I want to give up on the Yankees, they put together a streak with a road (in theory) sweep over the Jays. I hope Canada opens the border soon so the Jays get to play real home games.

I hope Canada opens the border soon so the Jays get to play real home games.

Trust me, we’re kind of desperate to have them back.

Honestly, at this point I am not sure why the border is restricted.

I wasn’t convinced the third out was really an out, but the call stood.

You said that about the first triple play, too. It was a first in another way, from ESPN:

The 1-3-6-2-5-6 sequence was the first time that combination was used in any of the 726 triple plays in major league history, per a list maintained by Baseball Almanac.

But how about that catch by Judge. I was sure that ball was gone off the bat. Chad Green gets more hard hit outs than any pitcher I’ve ever seen.

Goodness gracious what a play

I’d like to know how many TPs were made with runners originally on 2nd and 3rd. Can’t be many and requires inept baserunning.

I attended a AA game last night that used a pitch clock. Two minutes between innings, 30 seconds once the pitcher received the ball between hitters, and 15 seconds between pitches. There were no violations, and the game moved quickly. 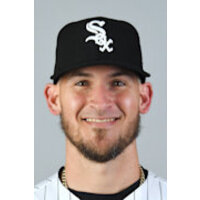 Needs to strike out more, though.

@Jackmannii : I had the exact same thought.

I’m not sure I understand why the Nats’ pitching is better with Max and Stras out, but it is (a lot).

The Washington Nationals are definitely heating up and it seems all Kyle Schwarber can do it hit home runs….as a lead off hitter!

Jeez-o-petes I just saw my second triple play live of my life and in the same week! This was more conventional, Yanks turn it on the A’s in a 5-4-3 TP.

We saw Schwarber hit 3 home runs today. That’s something I haven’t witnessed before. That’s two things I’ve crossed off the list this season (the other was, unfortunately, seeing a pitcher hit a grand slam).

this is interesting if your a betting man

Streak over: On Monday, Dodgers will likely be underdogs for the first time...

A weird and crazy streak will likely end Monday night.

I wanted to continue my tradition of periodically pointing out what a goddamn hero Nelson Cruz is. No one notices him this year because the Twins are so bad, but Cruz is hitting .300 with 15 homers.

Cruz, of course, is now 40 years old, and runs like he’s eighty. But he hits. He hits, and hits, and hits. Cruz didn’t get to be a regular until he was 28. He wasn’t once mentioned in MVP voting until he was 33; since then he’s gotten MVP support every season but one. (That one season he still hit 37 bombs and made the All Star team.) I am convinced he can continue hitting until he’s fifty. At least. I hope he does.

I hate to be a debbie-downer, but aren’t you leaving out one important facet of the ‘late-bloomer’ storyline?

Remember the odd Ben Zobrist leave of absence two years ago? Looks like his wife was having an affair with their pastor who also managed to engage in fraud with Zobrist’s charitable foundation.

Eureka High School graduate Ben Zobrist took leave in 2019 in an effort to resolve his marital woes. He lost $8 million in income, the lawsuit says.

I hate to be a debbie-downer, but aren’t you leaving out one important facet of the ‘late-bloomer’ storyline?

That doesn’t really fit with either the guy’s physique or the timeline. And even for a steroid user his career is weird.

What is odd is why it took so long for him to make the big leagues, because he was absolutely crushing it in the minors. First he crushed it with Oakland but they traded him to the Brewers, and he crushed it in their minor league system but they didn’t want him either.

Jacob deGrom pitched five innings of a 7-inning game today, allowing 1 hit and no runs. His ERA is now an even .50. He’s allowing 3.38 hits per nine innings.

Inhuman. Without precedent in MLB history.

There are a lot of stats you can bring up about DeGrom, perhaps the most stunning is his ERA+, if anyone doesn’t know of it, it compares a pitcher to all other current pitchers, adjusted for ballpark, opponents, etc. His is 7.24, IOW he is 7 times better than the average pitcher. The highest ever was Bauer last year at 2.92, before that Pedro at 2.91.