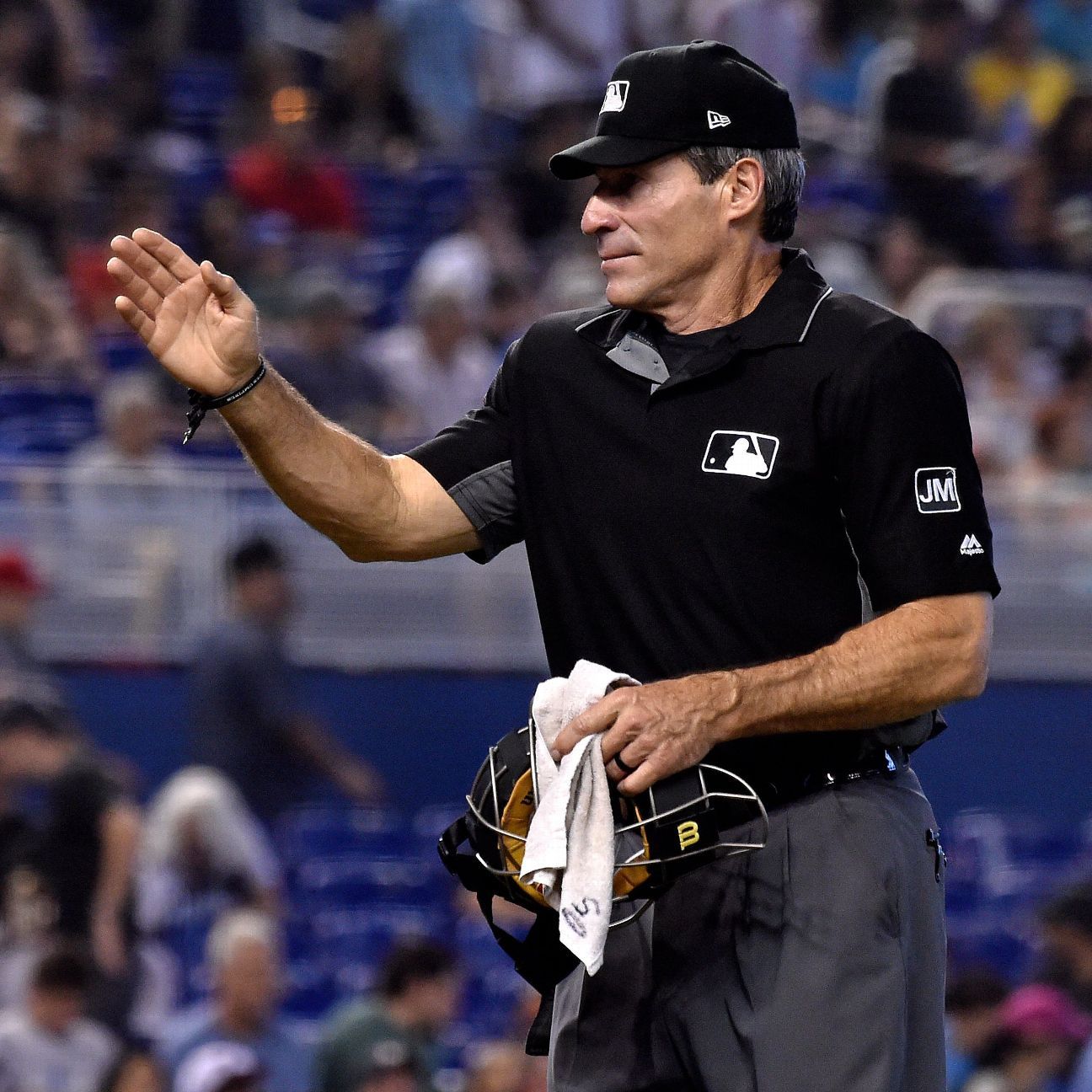 Major League Baseball said Angel Hernandez was on track to umpire in the 2018 World Series before getting overturned three times at first base on video reviews during Game 3 of that year's AL Division Series.

The Angels’ Shohei Ohtani has become the first player in MLB history to notch 30 home runs and 10 pitching wins in the same season. 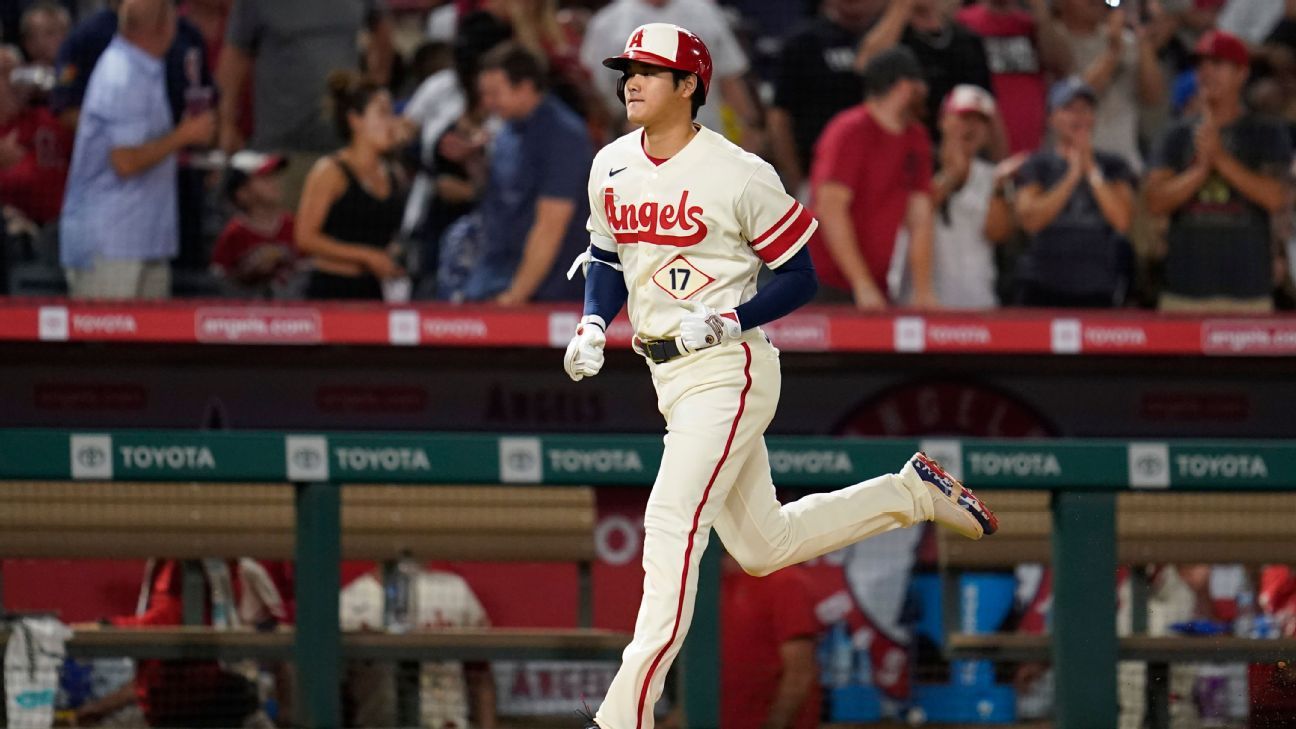 Did you know that Angel Hernandez had a suit going against MLB asking why he’d been removed from his umpire role in the 2018 World Series and why he hadn’t been assigned to it since 2005?

MLB is saying it’s not because he’s Hispanic; it’s because he sucks.

Major League Baseball said Angel Hernandez was on track to umpire in the 2018 World Series before getting overturned three times at first base on video reviews during Game 3 of that year's AL Division Series.

Bob Nightengale at USA Today is reporting that Tony LaRussa is undergoing tests on his heart.

MLB is saying it’s not because he’s Hispanic; it’s because he sucks.

I’d concur with that assessment. He should be fired.

A post was merged into an existing topic: MLB: August 2022

Yeah, Hispanic, not like that Laz Diaz fellow who umpired in the 2017 and 2020 WS and now has his own crew (as opposed to the nearly decade more experienced Hernandez). He is also not a great ump (actually pretty decent, i.e. mostly invisible, anywhere but calling balls and strikes) but definitely better than Hernandez in just about every way.

Hernandez was behind the plate a few nights ago in Houston. The TV crew were rather…judicious about some of his (terrible) calls. And the coaches definitely had to come out to calm some of the players who disagreed …let’s say vociferously with him.

If I were him, I wouldn’t feel too good about his chances. There are a slew of websites with analyses backed by loads of statistics showing he’s consistently one of the worst in the league.

I mean, as an umpire, it’s not a good thing if even casual baseball fans know your name. That usually means you screwed up in a very public and embarrassing way, possible multiple times.

and why he hasn’t umpired in it since 2005. Hernandez is saying it’s because he’s Hispanic.

You know who else hasn’t umpired a World Series game between 2005 and now? Charo. I’m pretty sure that’s because she’s Hispanic.

NL fans: How is the adjustment to the DH going? Love it? Hate it? Indifferent?

How is my life now I don’t have to watch pitchers come to bat and half heartedly swing at pitches before striking out, or if I am very lucky, hit a weak ground ball and get thrown out?

You know who else hasn’t umpired a World Series game between 2005 and now? Charo. I’m pretty sure that’s because she’s Hispanic.

I would have to watch that game.

You know who else hasn’t umpired a World Series game between 2005 and now? Charo. I’m pretty sure that’s because she’s Hispanic

I don’t know if it would do much for the cause of women in sports to demonstrate they can be just as incompetent as somebody like Angel Hernandez.

Three squirrels in a trench coat would do about as well as Angel Hernandez. 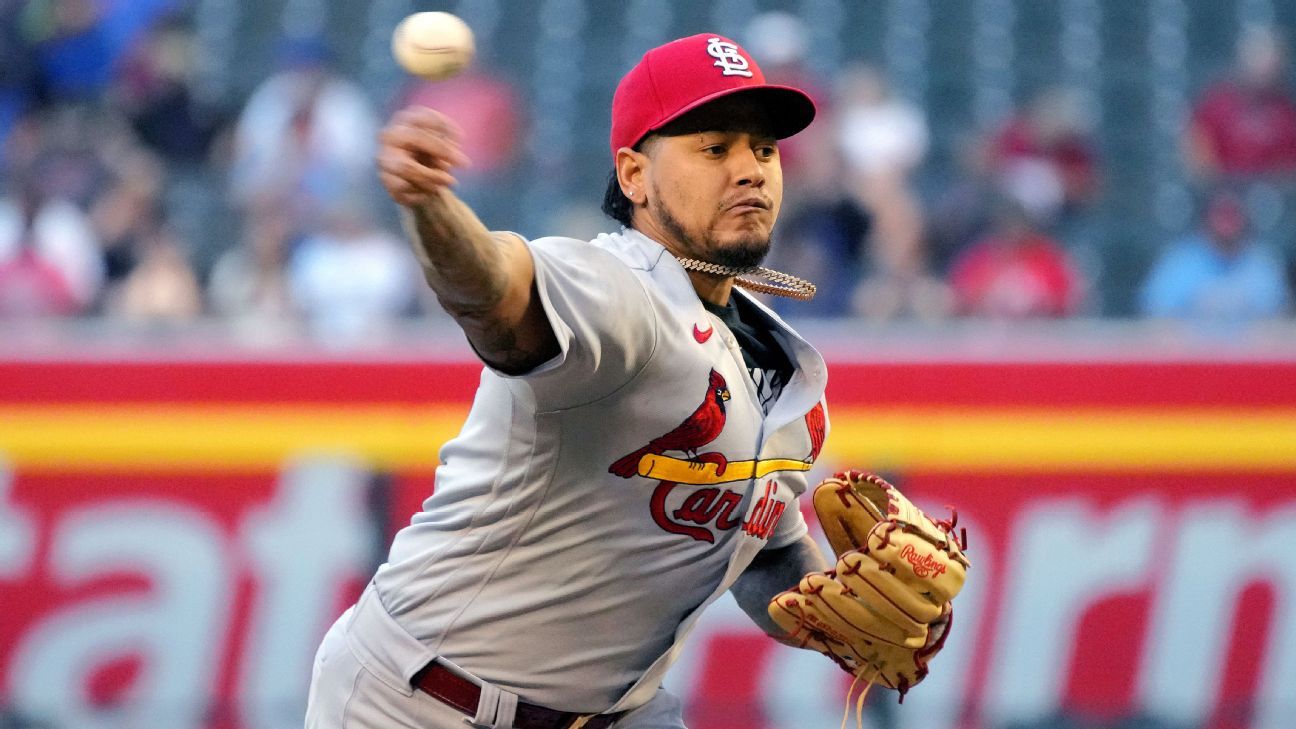 Joey Meneses hit 4-for-6 against the Athletics today, including a walk-off three-run homer (the Nats’ first walk-off win of the season) in a 7-5 victory in ten innings. With two outs and two strikes, even.

BANG, ZOOM GO THE FIREWORKS! He waited ten years for the opportunity to go to the majors. Keep him FOREVER!

Heading into the last month of the season, here’s where things stand:

In the AL, the Astros have all but locked up the West and have a 5-game lead over the Yanks for best record in the league. NY leads TB by 6 games in the East. Rays and Mariners are tied for the first 2 WC spots, 2 games ahead of Toronto. Orioles are just two games back of the Jays. Cleveland & Minnesota are in a dogfight for the Central.

In the NL, Dodgers will win the West and lead the Mets by 7 games for home-field advantage. Mets have a 3.5 game lead over Atlanta; Cards have a 6 game lead over the Brewers. Braves have a big lead in the WC chase over the Phillies, who have a half-game lead over the Padres. Right now Milwaukee is out of the playoffs, trailing San Diego by 2.5 for the last wild-card spot.

It’s astonishing that as badly as the Yankees have been playing recently, they’re still only 5 games behind the Astros in the AL and have a 6-game lead over the Rays in the East.