Most Suspenseful Opening Scenes in Movies

I was tooling around on Twitter this morning and found a reference to Inglourious Basterds’ opening scene. It had been a while since I had re-watched it so I just jumped on You Tube and found it. Even after having seen the movie several times, I found myself holding my breath as I watched it, even knowing what was coming. A similar scene in that movie is in the bar scene.

What are some of the most suspenseful opening scenes in movies that match up nicely with what Quentin Tarantino did in Inglourious Basterds?

28 weeks later, the sequel to the wonderful 28 days later was a vastly inferior mess of a movie compared to the original. Except for the opening scene, which was bar none the best scene in any zombie movie so far.

I hadn’t seen that one. The type of suspense is different than Inglourious Basterds - frenetic and action-packed. Who doesn’t love a good zombie flick? 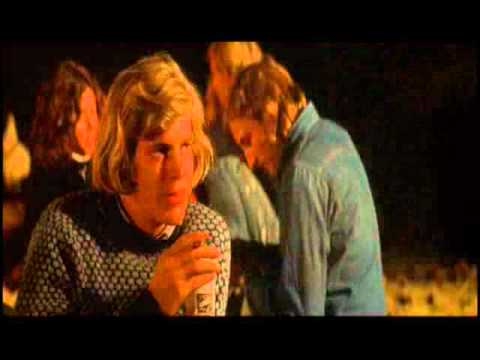 I hadn’t seen that one. The type of suspense is different than Inglourious Basterds - frenetic and action-packed. Who doesn’t love a good zombie flick?

It’s a terrible zombie film, but it has an amazing opening sequence. It’s not suspenseful in the same way Inglorious Basterds is, but I don’t know how else to describe it.

Boy that John Williams score sure adds to the suspense. I wonder whether, upon first viewing and not knowing what was coming, it had the same effect as it does now that the score is part of our cultural literacy.

The OP nailed the one I was going to say. The opening to inglourious basterds gives me chills just thinking about it. It totally makes up for all slow, self-wanking bits Tarantino shoe horns in.

Speaking of zombie flicks, the opening scene of 2004’s Dawn Of The Dead was pretty suspenseful.

Dawn of the Dead is a good one and makes me want to watch the movie.

I don’t remember much of the rest of the movie but the 1993 Cliffhanger had quite a memorable opening that was pretty suspenseful but even more shocking for a Stallone action flick.

Cliffhanger is the first thing I thought of. It’s a decent 90s action flick of the “Die Hard with a” genre, but the opening scene is exceptional.

I nominate A Clockwork Orange. That eye, as the camera pulls back. Alex, just staring at you. Bloody Unnerving!

Once Upon a Time in the West does a great job building tension with sound. I’ve seen comments that Inglourious Basterds borrowed from its style.

And Scream has an awesome slow build-up. It starts like a cheesy teen movie, and there’s no one point where the tension is suddenly ramped up, but by the end your heart is racing.

Raiders of the Lost Ark

Not really dialog-heavy at all, so not sure if it’s comparable to Inglorious Basterds, but the opening scene of Drive just oozes atmospheric suspense and tension.

The pilot for Piccard.

It Follows. A young woman, running around her suburban street trying to flee . . .something(the POV is the pursuer’s).It’s broad daylight,normal life going on around her. Not the usual setting for a horror movie. And then the aftermath the next morning . . .
oy vey. The whole film is tense as hell but that opening really kicked me in the ninnies

Le Samouraï has all that, including however many minutes without dialogue, just Alain Delon being super cool.

Opening scene for The Leftovers. It really sets the tone for the whole series.