Movies: hauling a dead body around

Uh, spoilers be here…
Was thinking about Little Miss Sunshine yesterday, and wondered to myself: “What other movies have a thing about hauling someone dead around?” I’m sure there’s at least one Chevy Chase movie, and many others, but they’re not coming to mind right off.

Weekend at Bernie’s and its sequel.

There’s the old Hitchcock movie “The Trouble With Harry”. That’s all I could think of.

I had been waiting for years for the Terry Jones movie Personal Services to come out on DVD. When it finally did, for some reason it shared a disc with a very silly hauling-a-dead-body-around farce called Over Her Dead Body, which is listed in imdb as Enid Is Sleeping.

In the end she turns out to be still alive, so it’s not really a hauling-a-dead-body-around movie.

Does 8 Heads in a Duffel Bag count?

The scene between Dr. Fronkensteen and the constable (“Why, you’re chilled to the bone!”) in Young Frankenstein comes to mind.

Not a whole body, but there’s Bring Me the Head of Alfredo Garcia .

In the movie Drugstore Cowboy, didn’t they retrieve the body of a fellow girl druggie who had OD’d from the attic of a motel where they had hidden her, then drive around looking for a place to bury it? It has been years since I saw it, and I may be misremembering.

Nosferatu (silent version) has people lugging undead bodies around. Not sure which other Vampire movies do so, too.

The Body Snatchers has several scenes – including the climax – which involve the trade in dead bodies.

Not dragged around, but grandma’s corpse is a major issue in A Wedding.

Beau Geste involves the use of soldiers’ corpses moved and propped up around the fort to make the enemy think the garrison is bigger than it is. 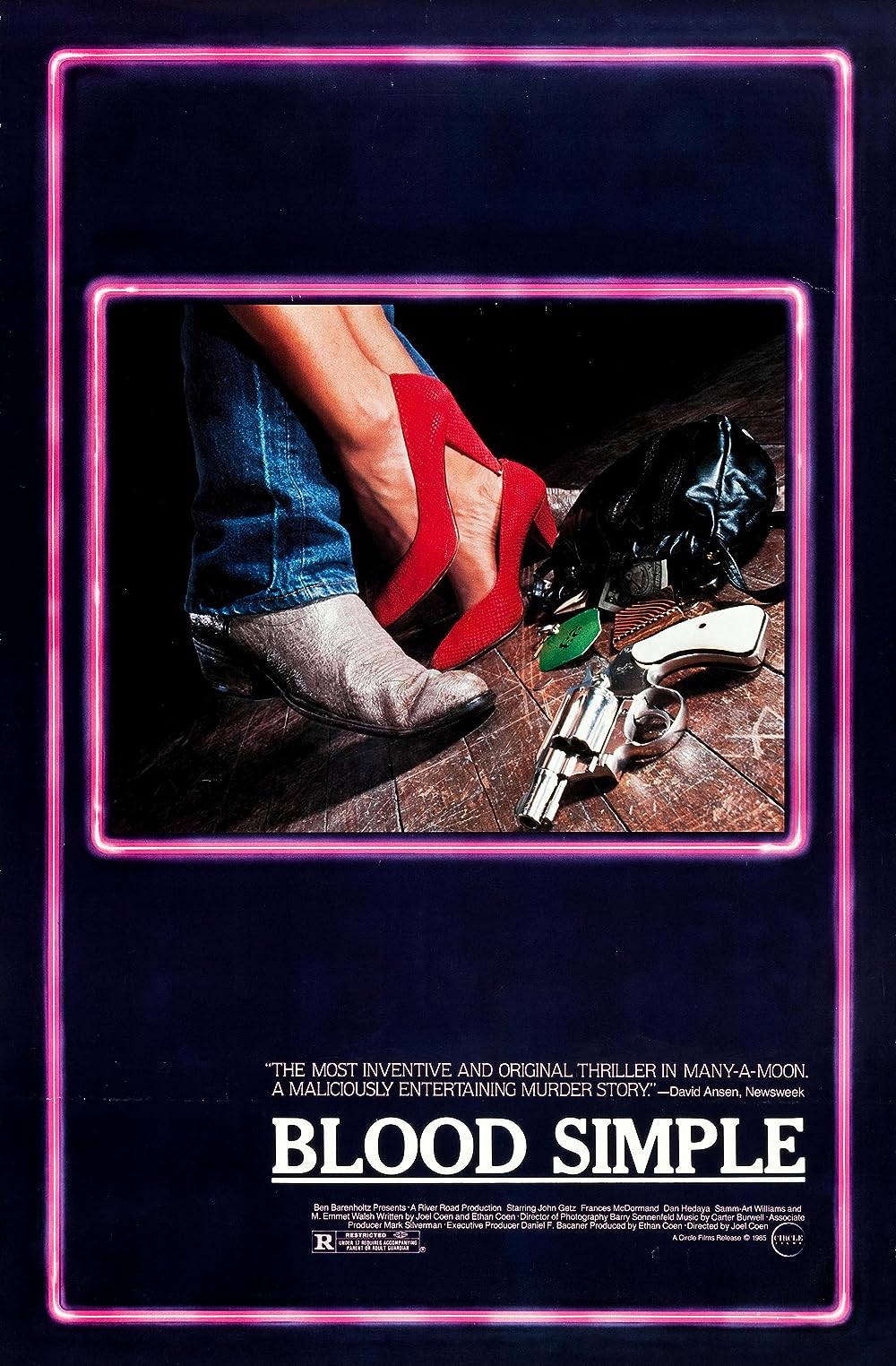 Blood Simple: Directed by Joel Coen, Ethan Coen. With John Getz, Frances McDormand, Dan Hedaya, M. Emmet Walsh. The owner of a seedy small-town Texas bar discovers that one of his employees is having an affair with his wife. A chaotic chain of...

There’s a bit of corpse manuevering involved in Fargo, IIRC.

“The Wrong Box” might count. It’s been years since I’ve seen it, but IIRC at least one of the bodies is dead at least part of the time.

Highway 61: road movie about taking a body (full of drugs) from small town Canada to New Orleans with “Satan” chasing them.

Sin City - Dwight drives toward the pits with Jackie Boy in the passenger seat plus a bunch of dismembered bodies in the trunk.