Music in triplet *and* "straight" time

First off, let me define the terms I use:

Straight time is “1 and 2 and 3 and 4 and…” The beats are perfectly halved, such that each “and” is smack-dab in the middle. It sounds more rigid than triplet time.

So, here’s my post: Most popular music is one or the other, but some well-known songs feature both.

For example, the first half of CSNY’s “Carry On” is in triplet time and the second half is in straight time: 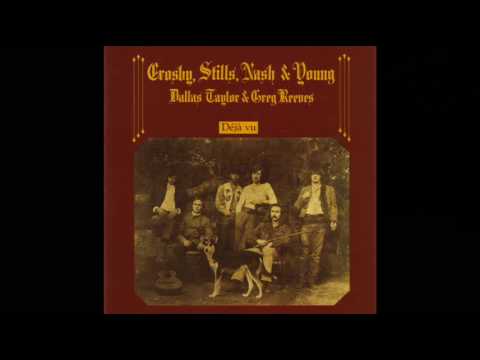 Led Zeppelin’s “Down by the Seaside” starts in triplet time and has sections in straight time (one is at 2:08): 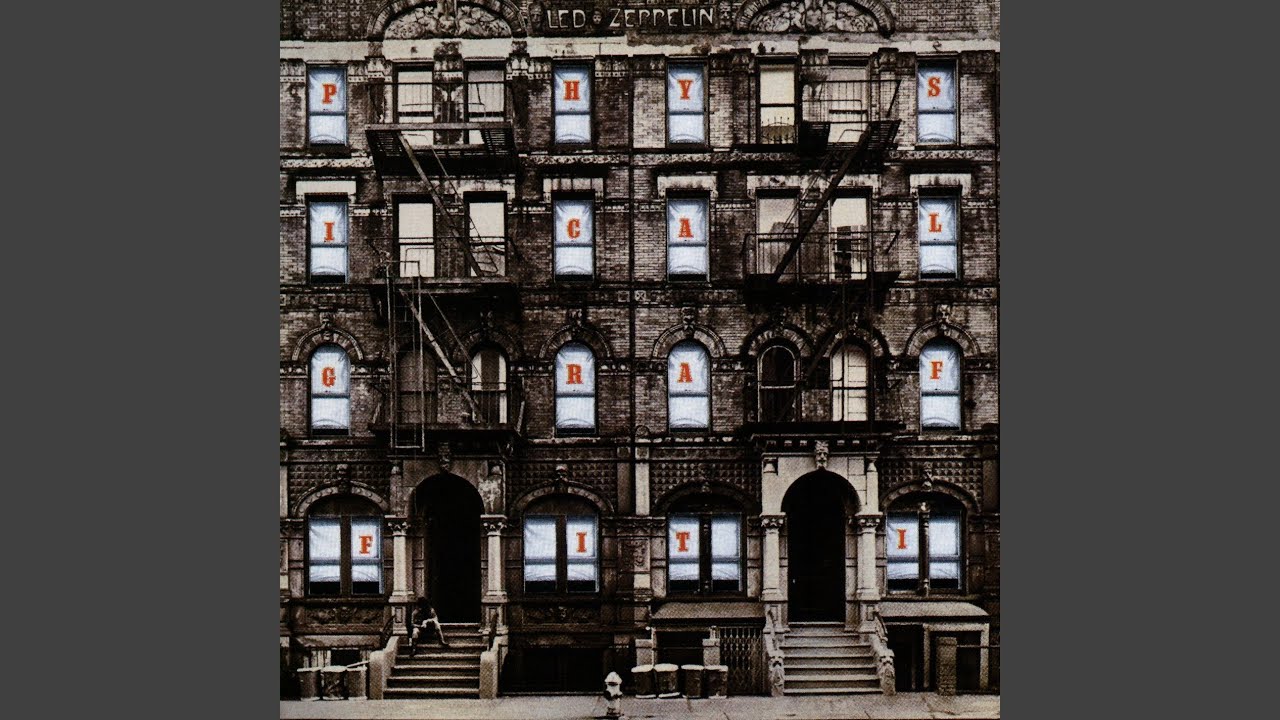 Can you Dopers think of any more well-known songs like these? Obscure instrumentals are fine, too. Whatever you want to post. Time signatures, too, but it’s not the point.

As far as I’m concerned, “Penny Lane” (triplet) and “Strawberry Fields” (straight) very nearly fit the bill. Two individual songs separated by a fraction of an inch of vinyl, but I like to think they came from the same time and place.

Time signatures, too, but it’s not the point.

Time signatures are exactly what you are talking about.

By coincidence, I fell asleep last night analyzing in my head the Grateful Dead song “Wharf Rst,” and it’s a perfect example:

Repeat A section (truncate last measure, as the perspective switched from the listener to the bum).

Time signatures are exactly what you are talking about.

That’d be “Wharf Rat,” right? I’m not hearing the combination of triplet and straight time that I’m asking about. I listened at five or six points and heard triplet time.

Unusual rhythms like that are one thing and I’m asking about another.

This reviewer is fascinated by the time signature changes in Ozzy’s Diary Of A Madman. 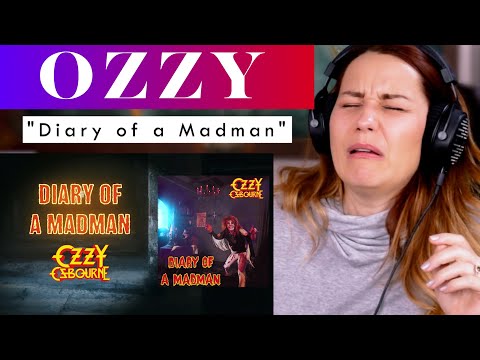 That’d be “Wharf Rat,” right? I’m not hearing the combination of triplet and straight time that I’m asking about. I listened at five or six points and heard triplet time. 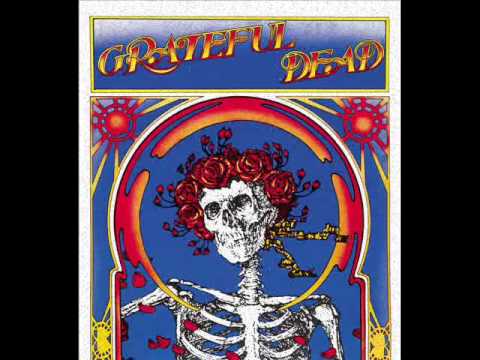 Each is mostly in four, but have triple-time instrumental breaks and/or intros/outros.

Tool is the band that first comes mind when thinking about contemporary bands playing around with time signatures.

And than from a more accessible (as accessible as a 9 minute song can be) side their song Lateralus which switches from 9/8, 8/8 and 7/8

Dammit, this is gonna bug me all day. I know there’s several relatively common songs that switch from swung meter to straight meter and back in the song, but I just can’t conjure them up. If I’m understanding you correctly, that would count, right? Song starts with a feel of 3 (triple meter) and then moves to something based on 2 (duple meter), or vice versa. You’re not looking for something that throws in the occasional bar of 3/4 in 4/4 (like “All You Need Is Love”) or something with a compound time signature like 7/8, or 7/4,

Does “Mary Ann” by Buddy Guy work? Goes from a straight-8s New Orleans/Latin feel in 2 to a pretty hard swing and back: 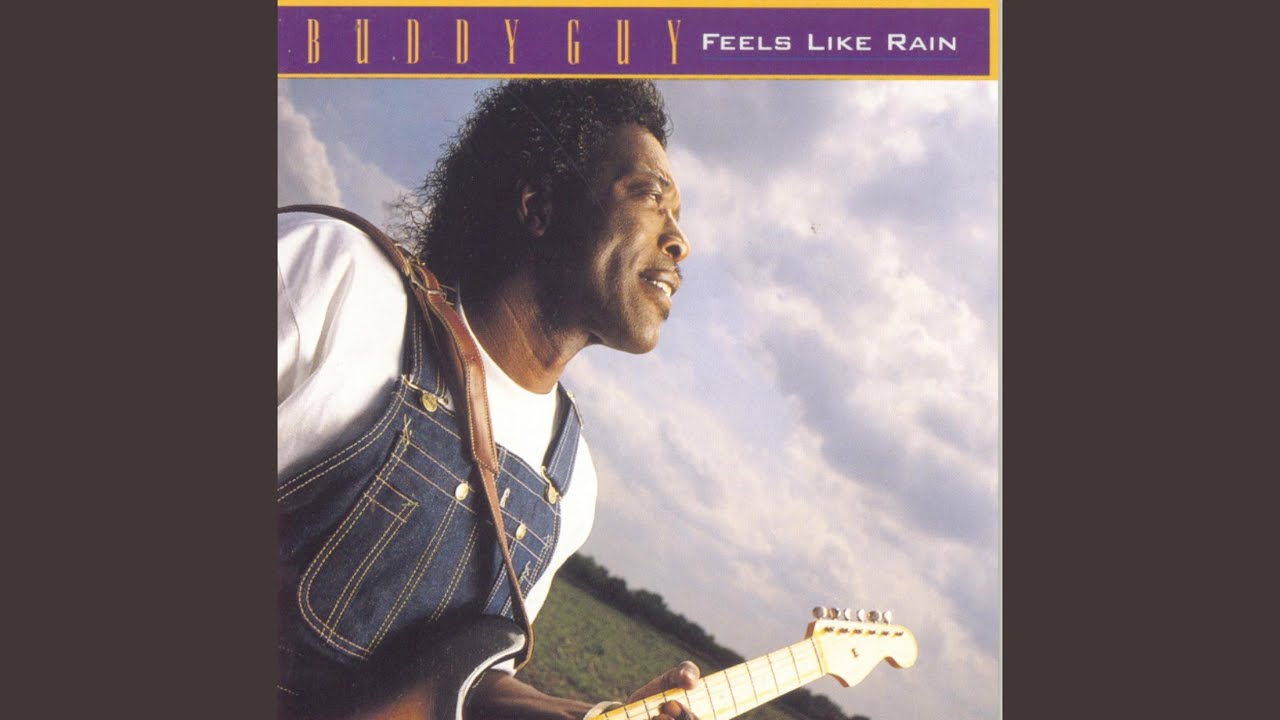 Found another one: Weezer’s “Keep Fishin” is in triplet/swing time the whole song except for the bridge (around 2:30) where it goes into a straight 8s feel: 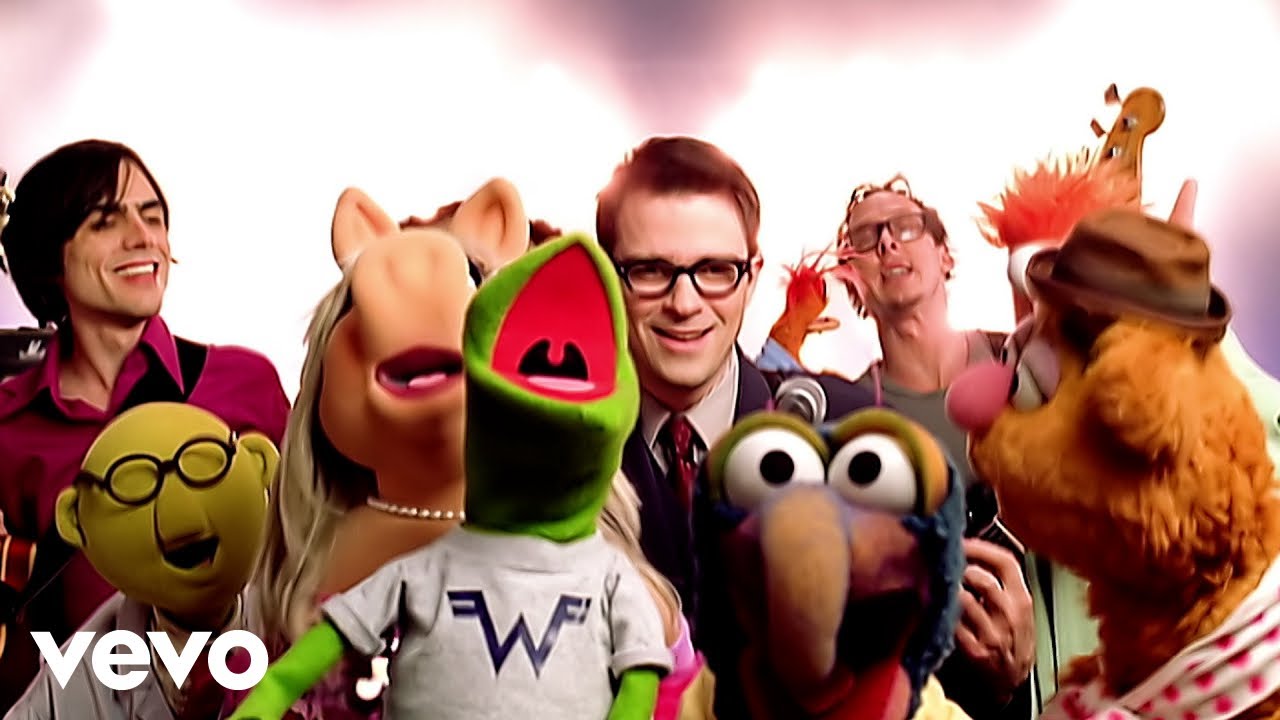 At about the 1:16 mark here: Minstrel of the Dawn - YouTube

The second section of “Shine On You Crazy Diamond” goes back-and-forth a lot between 6/8 and 4/4.

Okay, I only know enough about music to be dangerous, having taken piano lessons about 60 years ago, studying it again briefly more than 40 years ago, and dabbling with it off and on for much of my life. But I believe I know enough to correct a few misunderstandings here. Maybe a real musician will come along to augment or correct my comments.

First, the term “triplet time” is an original coining of the OP, and not a standard musical term. “Triplets” are a real thing in music, but they are NOT what the OP meant by:

Here is the definition of a musical triplet.

A triplet—a type of “tuplet”—is a group of three notes played inside another note-length. It’s a portion of musical time that’s been split rhythmically into three equal parts. A triplet is identified by a small " 3" above or below its note beam, bracket, or slur.

That sounds like a 3/4 time signature*, as others are saying, although IMHO it would more properly be counted as “one two three, one two three,” where each “one” marks the start of a new measure.

Except that the first song the OP gives as an example of “triplet time” is not written in 3/4 time. It is 4/4. 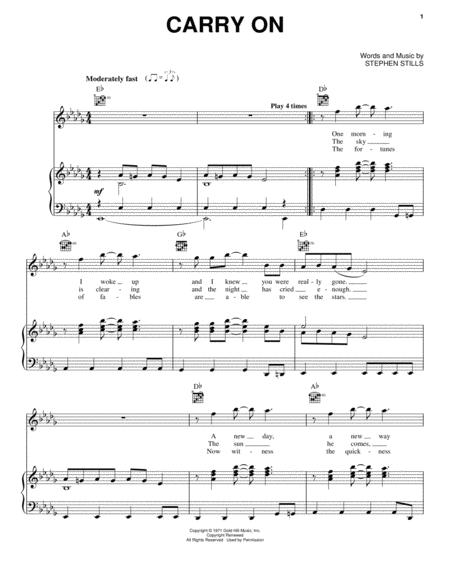 Among the things that make this song sound bouncy is syncopation: the first word in each phrase is an eighth note behind the beat. The second half of the song drops that syncopation. But there is no triple beat in this song. It is 4/4 all the way through.

However, the Led Zep song does have a triple beat and while it can be written in 4/4, it is probably better in 12/8 time. 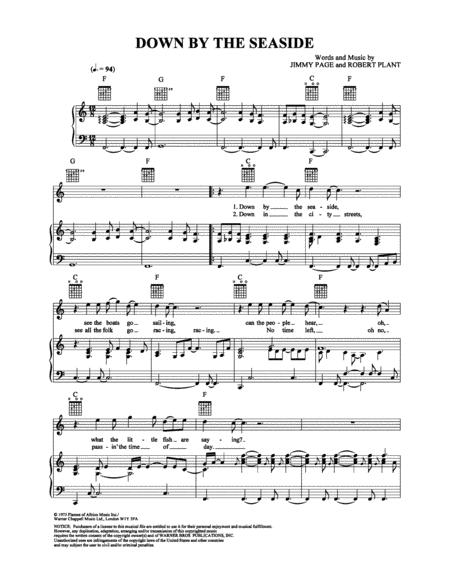 (Sorry for the low-res images.)

This does have the “one and uh two and uh” rhythm the OP talks about, although I would usually call it out “one-two-three-four-five-six.” Although 3/4 time is relatively rare in pop music, time signatures with even multiples of three – usually 6/8 and 12/8 – are much more common, particularly in blues songs like House of the Rising Sun. Other examples include the Beatles’ Norwegian Wood, and Queen’s We are the Champions.

But the OP is apparently looking for songs that switch time signatures, and other posters have given several good examples.

Floyd’s Shine On You Crazy Diamond also has some notable time changes, including from 6/8 to 12/8, which gives the impression of doubling the tempo, and from 6/8 to 4/4. See here.

*The lower number in the time signature indicates which note – half-note, quarter-note, eighth-note, etc. – is worth one beat, and the upper number is how many beats to the measure.

And to anticipate any lurking pedants, yes, I know that time signatures are NOT fractions, and shouldn’t be written as such. But it’s much easier in this context to write them that way, so sue me.

No, they’re not. Both examples I posted can be written in 4/4, so the time signature is not the defining characteristic. I’d rather not get into it because there are always several ways to write the same music, but feel free to talk about time signatures with others here. As I said, this thread is for anyone to say what they like.

Okay, it changes from straight to triplet and back to straight, so that’s an example.

@JKellyMap: Still not hearing it in Wharf Rat but very clearly in the REM and Beatles tracks. Those are two good examples of an “oom-pah-pah” section to break things up. Very commonly used in popular music.

Nah, it’s triplet rhythm all the way through. Thanks for the suggestion, though.

I know there’s several relatively common songs that switch from swung meter to straight meter and back in the song, but I just can’t conjure them up. If I’m understanding you correctly, that would count, right?

You’re not looking for something that throws in the occasional bar of 3/4 in 4/4 (like “All You Need Is Love”) or something with a compound time signature like 7/8, or 7/4,

Not necessarily. Like I’ve been saying, time signatures are not (necessarily) the point.

Well, I think it sort of works. The first part sounds like a polyrhythm to me: juxtaposition of two rhythms. Not sure if one of the two is straight time. The breaks (with the guitar solo, for example) are triplet time (or swing or shuffle or whatever you want to call it), but there’s a clear difference between the two sections, so I’ll allow it.

Yeah, that’s what I’m talking about.

Gordon Lightfoot’s “Minstrel of the Dawn”

@commasense: No, you don’t understand. The definition you’ve pointed out…

…is the same as mine:

The beats are divided into thirds, so the “and” is no longer at the midway point (subdivisions of 33.3%).

How can you not understand that “three equal parts” is the same as “subdivisions of 33.3%”?

Maybe a real musician will come along to augment or correct my comments.

I’ve been a musician all my life, I’ve read music for over 40 years and have written it for the last 30. You don’t understand what I’m talking about.

No, it’d be a 4/4 beat in triplets. You’re confusing the number of beats in a measure with the feel generated by the subdivision of single beats.

I think I haven’t replied to two posters; will have a look later and comment.

Thanks to all for the contributions! 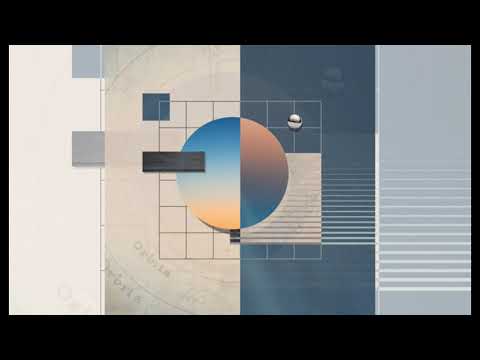 starts out in a weird time signature, if someone wants to analyse it.

Lots of misinformation here. First, this has absolutely nothing to do with time signatures.

You are welcome! I learned this concept directly from Joe Porcaro. His credentials are easy to find online.

Thanks for that clarification. Is @alovem’s first song, Carry On, an example of swung eighth notes?