Fivethirtyeight.com is predicting a contentious year with eleven teams given greater than a five percent chance of glory. This includes the Raptors, predicted to come in fifth in the East with a 50-32 record. Comments on the comments are welcome. (Mods: this was originally posted in another thread, but really is about a new hope…) 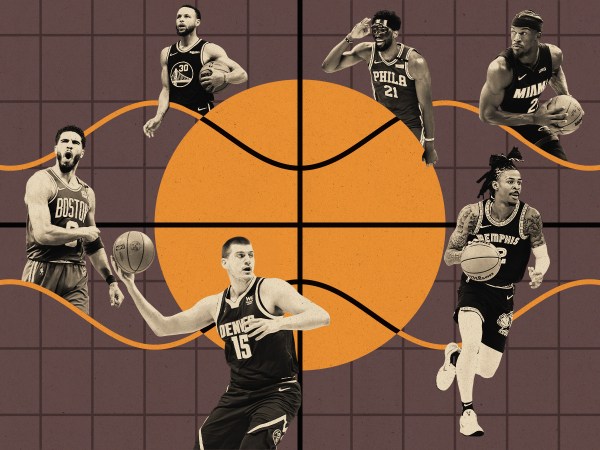 They give the Celtics a 21% chance to win the championship and the Warriors a measly 6% chance? Why? Aren’t the Warriors returning every major player from last year’s champions?

I think the Pacers will at least be entertaining this year. Benedict Mathurin is a human highlight reel, so I’m led to believe.

They give the Celtics a 21% chance to win the championship and the Warriors a measly 6% chance? Why? Aren’t the Warriors returning every major player from last year’s champions?

Last year they gave the Warriors less than a fifty-fifty chance to make the playoffs at all, so clearly there is something about their system that doesn’t like Golden State.

They are also WAY more pessimistic about Milwaukee than anyone else. Go head, google “NBA predictions” and go to as many publications as you can; the Bucks are the favorites in most peoples’ eyes to win the East.

FiveThirtyNine is the same site that gave Hillary Clinton like a 96% chance in 2016, right? Yeah, I don’t know why anyone believes a word they say, anymore.

OTOH, 538 did a good job last year picking the Lakers to suck when a lot of people were dazzled by the LBJ/Davis pairing.

They didn’t. But they have had plenty of wrong guesses. Who hasn’t?

FiveThirtyNine is the same site that gave Hillary Clinton like a 96% chance in 2016, right?

No. They gave Trump around a 25% chance - they were much less confident in Clinton than basically anyone else.

If the Raptors want to improve on last season, Nick Nurse needs to get Scotty Barnes, OG Anunoby, and a quite promising, young Precious Achiuwa to step up to the plate with more minutes.
TO’s loss last year in the playoffs to Philly was mainly the result of a dog-tired Fred Van Vleet and Pascal Siakam, the two of them having played more minutes in the NBA than anyone else last year. That sooooo has to change, obviously.

Now that we’ve moved from Portland, the Blazers are suddenly coming to life. They’re undefeated and the top team in the West after last night’s drubbing of arch-enemy Denver. Anfernee Simons’ acquisition is now paying off, as he is coming into his own as a starting guard. He scored 22 points in last night’s third quarter, six of which were treys. And Lillard is still every defender’s nightmare.

On the other hand, our new home-town team, the T-wolves, is not doing particularly well, even with the addition of Rudy Gobert. Anthony Edwards had a bad night against the Spurs and the team lost by nine.

If the Raptors want to improve on last season, Nick Nurse needs to get Scotty Barnes, OG Anunoby, and a quite promising, young Precious Achiuwa to step up to the plate with more minutes.

Achiuwa was dominant last night with 22 boards, but guys like Fred Van Vleet and Pascal Siakam are still playing ridiculous numbers of minutes. I appreciate they’re good players but burning them out by May won’t do them any good.

22 is only three off the team rebound record, held by another resplendently named Raptor, Bismack Biyombo.

My Pacers were not expected to be good this year, and they’re not; they’re 1-3. But we ended last season on a 10-game losing streak, and started this season with two straight losses, so at least that’s out of the way.

Bennedict Mathurin scored more points through his first three games-- 72-- than any rookie in Pacers history, and more than all but five people in NBA history. He’s averaging 22.3/5.8/2.0 in four games, all off the bench. He’s going to be a god.

Tyrese Haliburton, the crown jewel of the Sabonis trade to Sacramento last year, is still the unquestioned leader of this team. He’s averaging 24/4.3/9.8-- almost a double-double-- as the starting point guard.

There is talk of the Pacers trading the injured Myles Turner and three-point jacker Buddy Hield to the Lakers in exchange for a couple of first-round draft picks that are expected to drop long after LeBron James has retired. That works for me. It’d be great if they were unprotected. That’s the sticking point.

And I do NOT want them to foist Russell Westbrook on us. Fuck that guy.

Oh my goodness that so-weeet 3 pointer TO’s Gary Trent Jr. stuck, right at the end of the game last night, visiting Miami: beautysauce.
ETA: Precious (holy cow I hate that name) Achiuwa betters his 21 rebounds from the previous game by getting 22 last night.

The Achiuwa for Lowry trade is looking really, really good. Lowry had to leave anyway; that the Raptors got something useful for him was an enormous bonus.

Achiuwa isn’t playing well on the offensive side of the ball so hopefully that’ll pick up.

Not too shabby a start for Pascal Siakam, becoming the fourth player in NBA history to average at least 25 points, 9 rebounds and 8 assists through the first five games of a season. (in half-decent company with Havlicek - 70/71, Bird - 87/88 and Lebron 07/08)

T-wolves handily defeated SAS last night, which was good. I see Portland finally lost in its game with MIA and Lillard went out with a strain.

After back-to-back wins on the road against Washington and the dysfunctional Brooklyn Nets, my Indiana Pacers are 3-4.

And we play Brooklyn again on the road in two days? Is this a new thing for this season, where we have duplicate games instead of home-and-home series?

Paolo Banchero looks like the franchise player the Magic needed, makes me very excited for the future. Now if we could just keep from breaking all our point guards maybe we could have a few wins. Or just keep sucking and take a shot at Wembayama.

The Pacers’ one-two punch of Tyrese Haliburton and rookie Bennedict Mathurin is already getting national attention.

How long before the Pacers put Mathurin in the starting lineup and move Chris Duarte, who’s struggling right now, onto the second unit?

have the lakers ever started out 0-5? before i know we’ve had some shitty seasons but wow … i say its time to clean house and rebuild …