A friend of mine had an accident when he was much younger which had a lasting result that he has lost most of his sense of taste. He still has some but food is more a sustenance thing for him than something enjoyable.

So I figured the SDMB might be a good place to turn for some ideas on food he might find interesting.

Note I do not think just doubling spices in a recipe is the thing nor is spicy food (hot spicy). That said I suspect the answer does lie in recipes that are meant to go big on herbs and spices but recipes designed for those big flavors from the get-go.

I limited it to chicken and beef since for now that is about all he will eat so start there. A good pork recipe could work too I suppose. Definitely no fish/seafood.

Try bison instead of beef. It has a lot more flavor. Some call it gamey. But it really comes down to having a stronger flavor if what it is. Venison doesn’t taste like beef, but it is also more strongly flavored than beef.

That sucks that he lost most of his sense of taste. Marijuana could possibly help him derive more enjoyment from food, as that is one of its properties. It heightens the senses, including the sense of taste, as you are probably already aware.

You have got to be careful not to cook bison too long. It is leaner than beef and cooks faster. It is also much healthier. Try to see if there is a local bison ranch. They’re more common than you might think. But even if you can’t source it locally, I think most supermarket chains carry it now. (Its popularity has exploded over the past 10 years.)

One possibility is a stew combining beef, bison, and lamb. Get a really good cut of beef, cut into chunks, and SEAR the pieces on a hot, lightly oiled pan. Get them good and carmelized on both sides, then deglaze the pan with some red wine. Simmer the resulting liquid for a bit, and pour it over the chunks of beef, bison, and lamb in a stew-pot with some onions, garlic, salt, more red wine, and carrots and potatoes. Obviously you can customize a stew however you want. But the key is to use lamb along with the beef. It will add more flavor.

This is a very flavorful chicken recipe. I chop up an onion and brown it before adding cubed chicken breasts (skip the flouring part). Use petite diced tomatoes and red wine instead of water. I add a little more hot sauce. Serve over rice. This is tangy and very good. 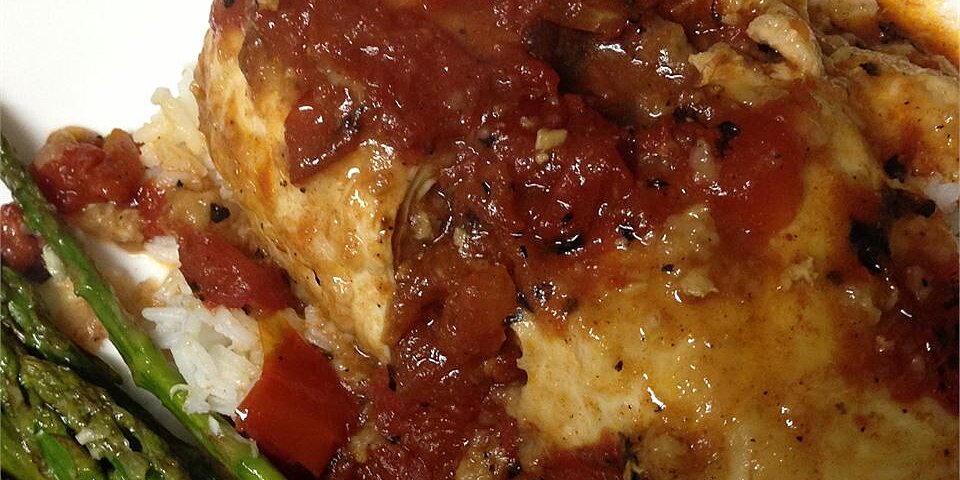 Chicken steeped in a sweet and savory blend of tomatoes, spices and herbs. Serve with crusty French bread to mop up every last drop.

This beef stew recipe came up in a recent thread here. I made it and it’s amazing. It takes a while to make but it’s worth every minute.

I’ve gotten very flavorful results from this Serious Eats recipe for General Tso’s chicken. Even without the vodka and scallions, it was pretty tasty. The only drawback for me is that it takes a little too long to prepare than I’m usually willing to spend in the kitchen.

Thanks for all the recipes. I will definitely try these (I have tried the chicken Pierre one and it is a favorite…will have to try the suggested adjustments…kinda agree the flour doesn’t seem to make sense).

To your favorite pot roast recipe add a can of cranberry sauce (whole or jellied) and a small jar of grated horseradish.

The recipe has a marinade of soy sauce, sake, mirin, and sugar, that you marinate the meat in for 15 minutes. You might try substituting teriyaki sauce (I like Soy Vay) for the marinade. First, it’s a stronger flavour. I did this once, and it was very teriyaki-y. Second, it’s easier. They also say use ‘shabu-shabu style’ thinly-sliced beef. I just get the thinnest slices I can find (about 1 cm) and pound it out with a mallet.

When I make nikumaki I serve it with sushi rice, Spring greens salad, and a mayonnaise-based dressing that is also used as the dipping sauce for the beef roll. OK, rice and salad aren’t exactly flavour explosions. But since you make the dressing/sauce yourself, you can adjust it to personal tastes. I use (Best Foods) mayonnaise, soy sauce, rice vinegar, and mirin. Just mix it up and see how it tastes. Add one thing or another until it’s ‘right’. The sauce recipe is not in the link, so just use what I posted.

The link says to slice the beef rolls into thirds or fourths. I slice them into fifths so that they’re about the size of California rolls. Two rolls per plate, arranged into 10 slices. A mound of rice. Spring greens. Put some sauce on the greens, and put more in a ramekin. Dip the nikumaki in the sauce. Insert into mouth. Enjoy.

ETA: Flavour can be boosted by grilling. Sometimes I use a pan (and look them darker than shown on the page), but grilling is better.

‘Taste’ consists of 5 major sensations (sweet, sour, bitter, salty, savory) and the receptors for each are located in different parts of the mouth. An accident could injure certain parts of the mouth, and thus damage certain tastes more others.

So it might be advantageous to get more detail from him about what specific tastes he has trouble sensing, and then add more of only them to the recipe. Otherwise, just increasing all of those flavors might be overwhelming and off-tasting to him.

‘Taste’ consists of 5 major sensations (sweet, sour, bitter, salty, savory) and the receptors for each are located in different parts of the mouth. An accident could injure certain parts of the mouth, and thus damage certain tastes more others.

I thought that idea was debunked, or at least called into serious question. Here’s one story from 2006. Has there been anything newer since that report?

Kick-off nuggets is one of my and my wife’s favorite recipes and is very flavorful, great mix of sweet and hot - instead of a mere 1/4 cup of onion and one clove garlic, we usually use a complete large onion and about half a head of garlic.