We watched the 1st 2 yesterday. Neither my wife nor I liked the actors for Elizabeth/Charles. And it was hard to accept Jonathan Pryce as Philip. Must be a shame for the main actor that I have a hard time not thinking of her as Umbrage - and I didn’t even really like/carefully watch those movies.

I think my dissatisfaction reflects my recent thoughts following the queen’s death. I realized how little I cared for any of the royal family. Watching this show, I don’t really like any of the characters. The queen is the ultimate in entitlement. IMO Majors rightly said, “You are damned rich. Shouldn’t you pony up to repair your own boat?” I don’t have any sympathy for Diana. So she’s in a loveless marriage. Like Phillip said - “Do whatever you want. Have an affair if you want.”

I’ll keep watching it, but ISTM that in prior seasons I felt more for various of the characters.

Watching this show, I don’t really like any of the characters. The queen is the ultimate in entitlement. IMO Majors rightly said, “You are damned rich. Shouldn’t you pony up to repair your own boat?”

Agreed! Even more so when Charles is pouting over only being booked into Business for the trip to Hong Kong. Though the snub seems a bit strange, if it matters to him so much, he couldn’t just pay for the upgrade himself?

Though I did like the way the Queen later smacked him with paying the costs for the extra use of the yacht after the official part.

I’ve only watched episode 1. Don’t spoil it for me. I hope everything works out for Charles and Diana.

I’m @ episode 9 and see no chance of the events of mid 1997 to be explored. Pretty sure Diana’s death will be, at most, the closing sequence of episode 10, with the fallout being most of S6. Will find out soon!

I thought they were ending The Crown at season 5. I guess we all know what happens next.

I found Charles a pretty sympathetic character throughout the Crown, including this S5. Nice contrast to the excessive criticism he got from the Diana worshippers over the years. It’s clear he should have married Camilla all along.

They signed an actress to play Kate Middleton, so the show goes until 2001, 2002. The show runner has a “20 year” rule for when he will end the show, and it’s likely that the 2002 Golden Jubilee will be the end point… which makes sense from a storytelling POV.

I enjoyed West’s version of Charles. It would have been too easy to play him as a simp and I am glad they avoided the impulse.

Ah, good to know. I’m struggling to remember the Golden Jubilee, can’t have been very eventful!

I too liked West’s Charles, even though it took me a while to get past Dominic West in a suit.

On the other hand, I didn’t get on with Jonathan Pryce as Philip at all - he came across as too much of a sweet old man (which we all know Philip was not), and the whole affair saga just didn’t ring true as a result.

The actor who played Blair didn’t feel like Blair to me, he lacked Blair’s energetic charisma and looked more like a brown-haired Clinton. Many others have played him more convincingly.

I’m wondering if the reporter for the BBC actually used falsified documents to convince Diana to do the interview with him. I couldn’t find anything online that talked about that, but it seems like an extremely unethical thing for a journalist to do, bordering on libel.

Lol, I consider it one of the finest episodes of the entire series.

I couldn’t find anything online that talked about that, but it seems like an extremely unethical thing for a journalist to do, bordering on libel.

Really? It was huge news in the UK last year, here’s just one article (from the BBC itself). There was a public enquiry into it. 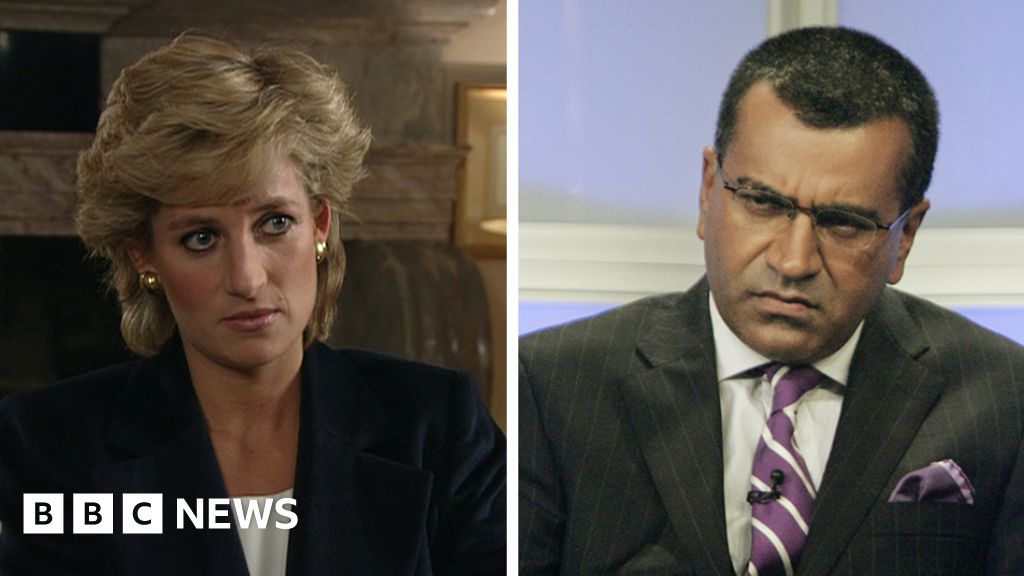 Martin Bashir's 1995 interview was obtained using fake documents and then not properly investigated, an inquiry finds.

Thanks. I wasn’t looking for news articles, but rather sites that explain what’s real and not real in this sort of series, so missed out on actual reporting.

Ha, makes sense, British audiences would know all about the scandal, but I can understand why others might question its veracity.

Reached Episode 6 and the season is still going strong. I am really enjoying the variety of stories and the unexpected turns of some of them. For example the obvious narrative for the Camillagate episode would have been as a complete defeat and humiliation of Charles but instead it used it to showcase his unexpected resilience and fighting spirit which is just dramatically more interesting.

The cast is also growing on me. Staunton was flat in the early episodes but really came into her own in the latter part of the Russia episode. Manville was great in Ep 4 as was Dalton (!).

Incidentally I have been wondering about the possibility of a prequel series, about the monarchy in the two world wars and abdication crisis. Ep 6 provides a taste of what that might look like and it would be great. Not least because we would get to see more of everyone’s favorite acerbic courtier: Tommy Lascelles. I hope someone at Netflix is seriously thinking about it.

What do you think is the agenda/perspective of the makers of this series? Are they sympathetic to the royals or critical? Do they wish to present them as normal folk in an untenable situation? Do they intend to present “what REALLY happened”?`

I tend to not see much reason for the royals, and this series certainly has not swayed my opinion. My wife views them more favorably than I, and she commented, “The show really makes them all look like a bunch of asses.”

The show runner, Peter Morgan, has a career of bringing historical moments to the screen: he is also responsible for the films The Crown and Frost/Nixon. He generally favors the monarchy, but his show is about how their personalities shaped their decisions… many times, yes: horrible personalities making bad decisions. I jokingly called him “Elizabeth’s Herodotus”, a historian who has to spin a narrative even if it means he makes up entire scenes and conversations.

The last episode takes place at the time of the handover of Hong Kong. That was on July 1, 1997.

Diana was killed on August 31, 1997. Only two months later. So in the show’s timeline, it must happen right after the end of Season 5.

What do you think is the agenda/perspective of the makers of this series? Are they sympathetic to the royals or critical? Do they wish to present them as normal folk in an untenable situation?

I think the point is loosely to show them as human beings with various good points and bad points.

I always find it challenging when watching historical fiction such as this to NOT view it as historically accurate and objective - especially when I have limited prior knowledge of the subject.

Watched episode 6 yesterday. I guess one can feel sympathetic towards Di for being in such a challenging situation, but they sure present her as a dolt. Which, accurate or not, is consistent with my prior impression. And I’m seeing less and less in the manner of personal qualities in QE2 other than someone who is willing to consistently maintain a facade as a figurehead.

There must be something wrong with me. I’m not feeling the love this time around, and I’ve watched most S1-4 episodes 3 or 4 times. Used to be obsessed with this show, and something’s gone, something’s missing now. I’ve seen 4 episodes and ordinarily wouldn’t visit a thread like this for fear of being spoiled, but I just don’t care at this point.

Part of it is the casting. I’m sorry, poor Imelda Staunton, she must be a lovely lady but the Queen did not have those close-set, beady Dolores Umbridge eyes. Of course Foy and Colman looked very little like QEII, but they were fascinating to watch in a way that Staunton isn’t, for me. There’s no delicious icy brittleness, and no heartbreaking tenderness. She is just flat to me.

Charles’s Dominic West is, as many have said, way too handsome to be playing Charles, but far worse, he seems to be missing the spot-on peevish, whiny, utter pill quality that we all came to love in Josh OConner. Leslie Manville seems just – I don’t know – dissipated. There’s no fire. All I can see is those sad puppy eyes – the character is shockingly unrecognizable as HRH The Princess Margaret.

Finally, where’s the grandeur, the glitter? I think we could do a quantitative analysis on the number of Rolls Royces seen in prior seasons, versus this one. I get that the monarchy had changed by now in the timeline, but had it really become this … drab? Perhaps I’m shallow – strike that, I am shallow – but these people and images are not what I came in for. I never thought this would happen, but I’m probably not going to finish watching the season.

…the Queen did not have those close-set, beady Dolores Umbridge eyes.

Funny, during last night’s ep, either my wife or I commented, “Boy, she sure has beady little eyes, doesn’t she?”