Perhaps, but I don’t think so. It was either DPI or it was nothing.

My understanding of illegal contact is that it’s only applicable if the quarterback still has the ball, and is still in the pocket. Once the ball is thrown, illegal contact is no longer a thing, but pass interference becomes a thing.

As @Atamasama’s link to the NFL’s rulebook says (bolding mine):

Beyond the five-yard zone, if the player who receives the snap remains in the pocket with the ball, a defender cannot initiate contact with a receiver who is attempting to evade him. A defender may use his hands or arms only to defend or protect himself against impending contact caused by a receiver. 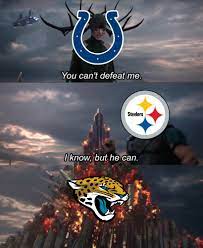 It also depends on the sequence of events.

If a WR has a route and the defender interferes with the receiver enough that he can’t run the route, due to grabbing, tripping, pushing, and so on, the ball might ultimately land in a place where the WR had no chance of catching; but were that defender not to impede the WR then it might have been catchable.

Long passes aren’t like aiming and shooting a rifle. It’s more like firing a mortar to hit a moving target. You can’t throw to a player, you have to throw to where a player will be. So you practice over and over and get the timing right so that the ball will be where the WR will end up.

I haven’t seen the play in question so this might all be moot. But just know that the ball falling in a place nowhere near the WR in no way guarantees there will be no penalty.

The rule about a ball being “uncatchable” I believe is for when a QB tosses a ball out of bounds or somewhere it’s physically impossible to make a legal catch no matter where receivers are at the time.

Since 2014, the Jaguars have won 7 games at home against the Colts.

They’ve won a combined 15 games at home against everyone else.

Asking as a Colts fan who lives in Virginia and can only watch the Colts games that are on national television (and the Jaguars games hardly qualify), can someone give me an objective opinion as to why the Jaguars are our daddy in Jacksonville? They’re a terrible fucking team, but they play like Troy Aikman’s Cowboys when they face us at TIAA.

Now that I’ve watched replays the refs had it right. The receiver was pushed down (or looked to be pushed down) and a second or two later the ball landed in the end zone (bounced off the “R”). The receiver could possibly have cut to his left and caught that ball if he was not knocked down.

I watched this video which isn’t in English but you can see it happen around the 8 minute mark. 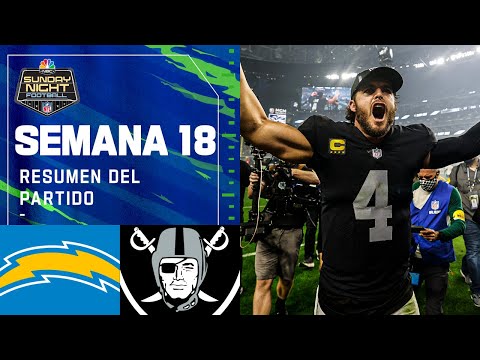 If the ball is uncatchable because the WR wasn’t able to get to the spot it landed in after being knocked down by a defender, that’s the definition of pass interference.

Maybe someone has a better video than that, but from what I can see it might have been catchable had he not fallen.

No, there’s no way he could’ve gotten to that ball. It also probably wasn’t interference at all since the receiver just tried to sell the minimal contact, but that’s at least debatable. But to catch that ball he needed to change directions and cover 25 yards in about one second.

But to catch that ball he needed to change directions and cover 25 yards in about one second.

25 yards is the distance from the center of the field to the sideline. He was pushed down as he approached the end zone and fell on the “I”. The ball bounced off the “R”. That’s nowhere near 25 yards. That’s more like 10 yards. A fast runner can make that distance in about 1.5 seconds. It’s not as uncatchable as some overreactions are making it.

Now, I do believe that there is a possibility that the receiver flopped. It doesn’t seem that obvious to me and I don’t think officials would be able to tell that in real time, but the exaggerated way he fell makes it plausible.

That’s more like 10 yards. A fast runner can make that distance in about 1.5 seconds.

A fast runner already at speed can cover 10 yards in less than a second. 10 yd/s is about 20 mph. Usain Bolt topped out over 27 mph. Which further supports your point, it was a theoretically catchable ball.

But the runner was running toward the center of the field, looking back over his right shoulder. He was just starting to change direction when the contact occurred. It was probably 15 yards from where the ball landed, but I don’t think there’s any way the runner is able turn back to his left and get to the ball. And the contact looked a lot worse than it actually was.

But, two refs threw their flags. Hard to argue against that.

There is definitely doubt he could have caught it. I’d say it was pretty unlikely that he could have changed direction and made it there in time. But the rule is “uncatchable”, not “unlikely”.

I actually turned the game off in disgust after that call. While I missed the crazy ending to the game in real time, the NFL put it on their youtube channel so I got to see it today.

And with the Lions win, the Jags, despite today’s win, have the #1 pick in the draft yet again!

Yep, even when the Lions win, they lose.

There is definitely doubt he could have caught it. I’d say it was pretty unlikely that he could have changed direction and made it there in time. But the rule is “uncatchable”, not “unlikely”.

What made it worse was Collinsworth’s constant ranting about how far away the ball landed, saying “It was on the opposite side of that ‘R’!” Well, no, it landed right on the ‘R’ and you could see it hitting the turf in the replay focused on the contact between receiver and DB,

It was pretty unlikely the WR could have adjusted to get to the ball, but we’ll never know because he collided with the DB. And then Collinsworth just would not give up on his opinion, which colored a lot of viewer reaction.

(My immediate reaction live was that the ball was clearly thrown out of the county, which Collinsworth seemed to confirm … until I actually saw the ball landing in the replay considerably closer than he claimed. It was an iffy call, but not egregiously wrong.)

It was pretty unlikely the WR could have adjusted to get to the ball, but we’ll never know because he collided with the DB. And then Collinsworth just would not give up on his opinion, which colored a lot of viewer reaction.

Yes, if I were a betting man I’d wager on the WR not catching that ball if he wasn’t interfered. But it’s not impossible which is what makes the penalty applicable. We celebrate many amazing circus catches with extremely low probability after all. Especially when you consider that the officials threw the flag without watching it on replay first, it’s not that crazy of a penalty.