Now that the Obamas finally have had their portraits unveiled, who should paint Trump's?

In a ceremony yesterday, the official portraits of Barack and Michelle Obama were unveiled – many years after the time they would traditionally have been unveiled. But there’s no way that Trump would have done such a thing. The man is a no-class act.

Barack and Michelle Obama return to the White House for unveiling of official...

Former President Barack Obama and former first lady Michelle Obama will visit the White House on Wednesday for the unveiling of their official White House portraits -- marking the return of a Washington tradition last celebrated 10 years ago.

Asked if there would be an unveiling of a portrait for Trump, the Biden White House dodged the question

At a briefing on Tuesday, a reporter asked White House Press Secretary Karine Jean-Pierre, “Would President Biden hold the same ceremony for President Trump should his portraits be done before his first term?” The presidential spokesperson, apparently anticipating the question, referred reporters to the White House Historical Association, which oversees the process on official portraits.

Why the unveiling of the Obamas’ White House portraits was overdue

Watching the Obamas return to the White House for the unveiling of their portraits was a reminder of how American traditions are supposed to work.

But that raises another question – who ought to paint the portrait? 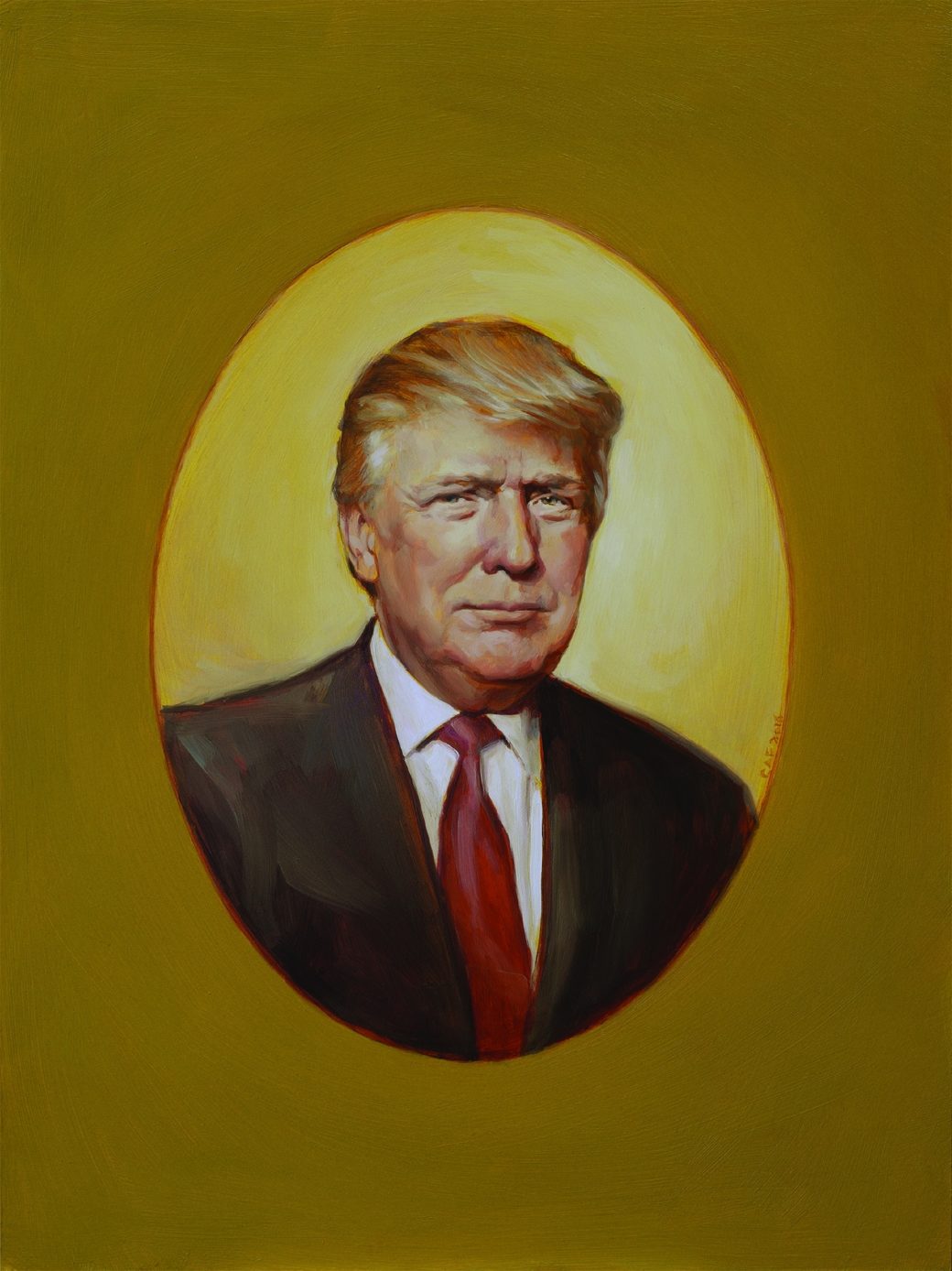 Trump might conceivably prefer one of Jon McNaughton’s hagiographic masterpieces

…although I suspect he’d prefer one of McNaughton’s less didactic works, like one of the three “Presidential Portraits”.

I’m sure that Dopers will have their own preferred choices, like Tommy Zegan’s Golden Trump statue

Opinion | Is Trumpism without Trump possible? Many conservatives seem to...

If the Conservative Political Action Conference made anything clear, it’s that Donald Trump may not last long as the standard-bearer of Trumpism.

Now that the Obamas finally have had their portraits unveiled, who should paint Trump’s?

Any 4-year-old would do a plenty good job. Besides, the artist would be a kindred spirit to the subject and would properly capture the gravitas of the subject.

Now that the Obamas finally have had their portraits unveiled, who should paint Trump’s?

W’s paintings are kind of horrific.

I believe Jim Carrey has already produced a series of Trump paintings they could choose from.

Here’s how The Simpsons portrayed him:

This article is about the character. For the guest star, see Donald Trump. Donald John Trump (born June 14, 1946) is the 45th elected president of the United States. Prior to his election, Trump had been a prominent businessman, TV host of The...

How about this Dali?

…or maybe this one 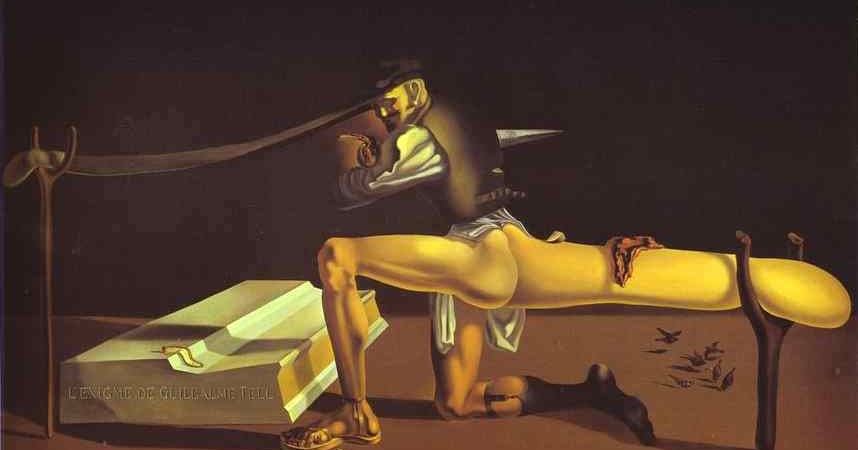 The Grotesque in Twentieth-Century Art

A brief overview by Alyson Muenzer (2004).[1] . When we consider what might make a work of art grotesque, we should probably look to Ewa K...

How about Berkeley Breathed?

He did all those "Bill the Cat as Donald Trump comic strips, ages ago 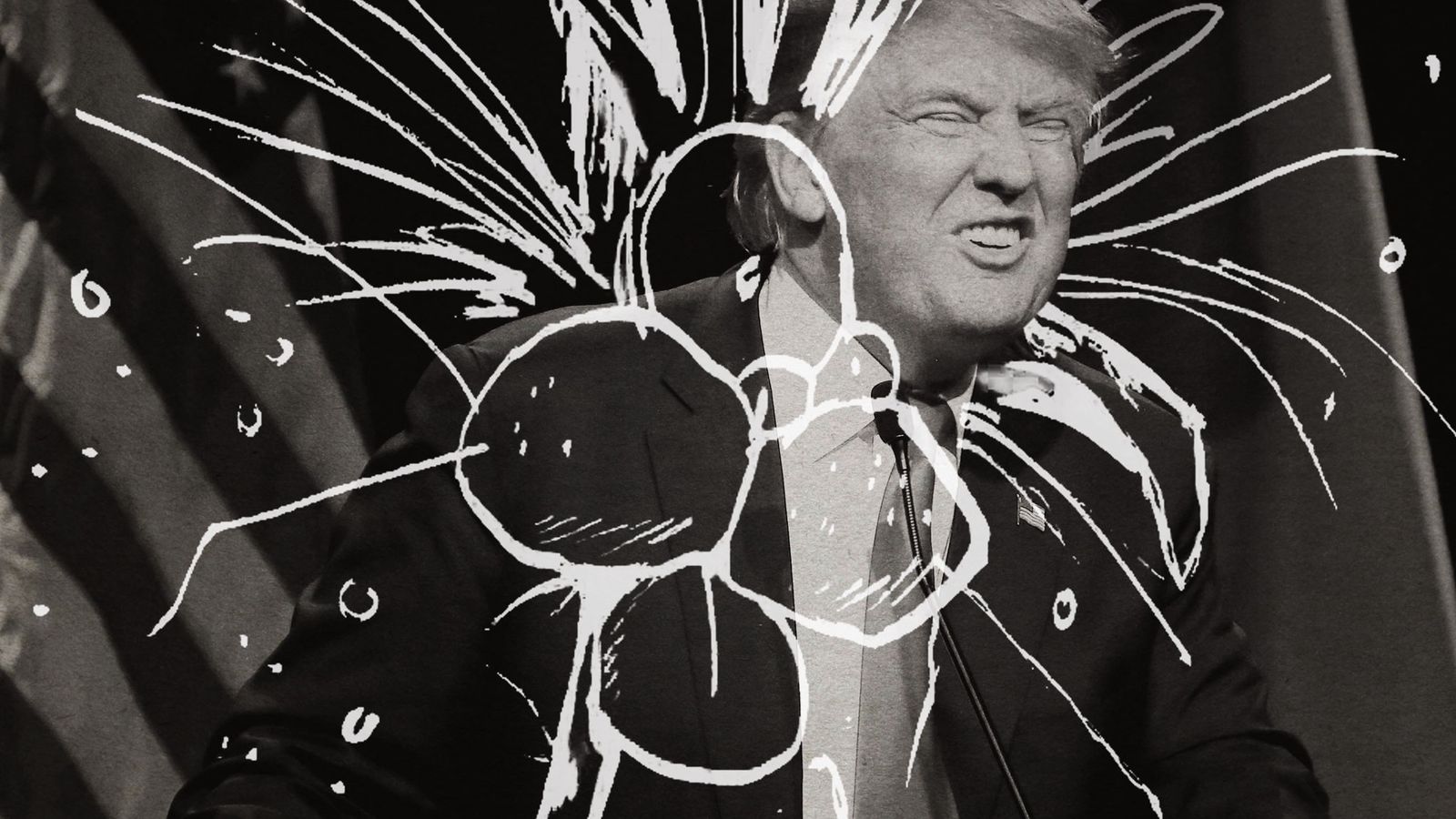 Can’t we find a chimpanzee to smear some feces on a canvas?

J. Fred Muggs (famous chimp who appeared on The Today Show in its early years) painted the cover for Mad # 38, although admittedly in paint, not feces 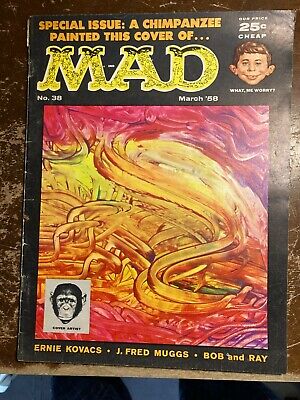 He’s still alive, so you might be able to get him to do another opus.

J. Fred Muggs (born March 14, 1952) is a chimpanzee born in the African colony of French Cameroon that forms part of modern-day Cameroon. Brought to New York City before his first birthday, he was bought by two former NBC pages and eventually appeared on a host of television shows on that network including NBC's Today Show where he served as mascot from 1953 to 1957. Muggs worked in several television shows including a short-lived eponymous series, toured the world and worked at Busch Gardens in ...

That would make him, at 70, the longest-living male chimp in captivity, by several years.

Me! Me! Choose me!
Robert Crumb would be even better, if he has time and can bear to look at him.

Jim Carry of course. In fact, they are already done. 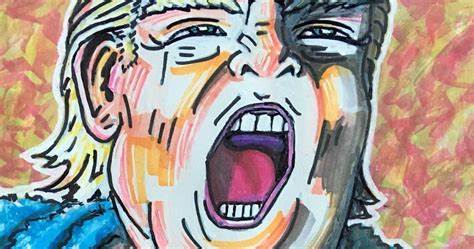 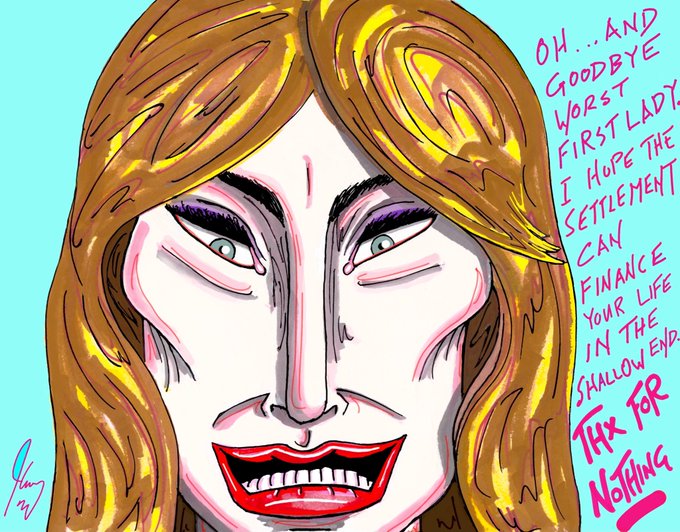 Applied with a stiff wire brush.