Is this scenario possible?
Using defects in the website coding, Russian hackers get access to the registration files-and steal millions of SS numbers (plus birthdates, etc.). they use this to open millions of credit accounts, and then steal billions from issuing banks.
Americans who have signed up now receive letters from debt collectors and credit agencies demanding payment.
Would the US Government be liable if this happened?

Anything is possible. Same goes for private enterprise; your bank, credit cards, insurance companies. Do you fear for them as much as Obamacare?

Bah, why bother with that chump change stuff? Why not hack the Social Security Administration itself?

Somehow, I think the banks would notice if their customer base moved to Russia en masse and started buying home theater systems.

But, Miller, what if the banks were IN ON THE SCAM???
(Somebody, please say “connect the dots, sheeple” so I don’t have to this time, OK?)

Just buy this stuff from Experian like everybody else. 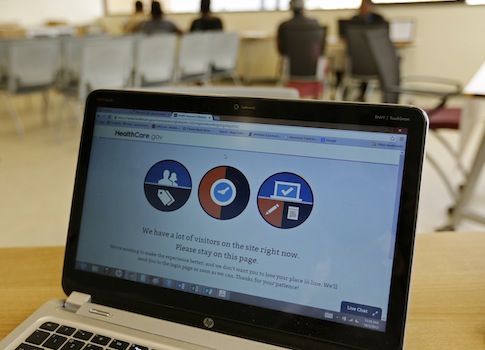 A panel of IT experts had one answer for Congress when asked if Americans should use the Obamacare exchanges on Healthcare.gov in light of its security concerns: “No.”

A panel of IT experts had one answer for Congress when asked if Americans should use the Obamacare exchanges on Healthcare.gov in light of its security concerns: “No.”

A quartet of experts testifying before the House Committee on Science, Space, and Technology cited numerous security flaws within Healthcare.gov. They attributed the risks to the complexity of its 500 million lines of code and a rushed rollout that failed to properly test the website.

David Kennedy, the founder of TrustedSec, an online security firm, said that the risks were easy to ascertain.

“Just by looking at the website we can see that there is just fundamental security principles not being followed, things that are basic in nature that any security tester, like myself or anyone that we hire to test these sites, would actually test for prior to being released,” Kennedy, formerly of the National Security Agency and a one-time cyber-intelligence analyst for the U.S. Marine Corps, said.

The experts said the personal information of millions of Americans is at risk, including Social Security numbers, birthdays, incomes, home mortgages, and addresses. Rep. Mo Brooks (R., Ala.) called it the “mother lode for identity theft.”

Kennedy demonstrated an attack in the hearing room, showing how on Finder.Healthcare.gov a hacker could breach into a computer, monitor its webcam, and steal passwords.

Hackers from Russia or China could “absolutely” breach the online marketplace, he said. 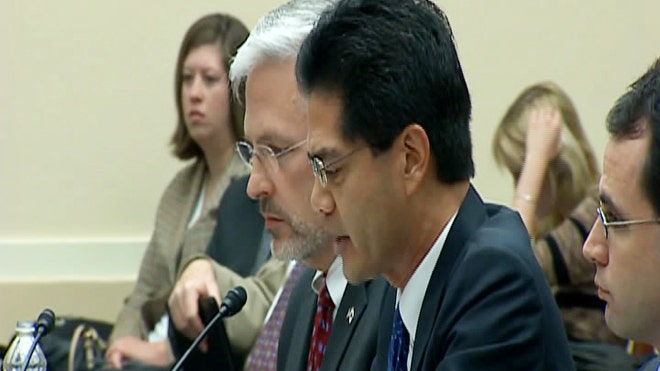 Healthcare.gov ‘may already have been compromised,’ security expert says

Not only is healthcare.gov at risk, it may already have been compromised, a security expert testified before the Senate.

Not only is healthcare.gov at risk, it may already have been compromised, a security expert testified before the Senate.

“And if I had to guess, based on what I can see … I would say the website is either hacked already or will be soon.”

Kennedy told FoxNews.com he based this on an analysis revealing a large number of SQL injection attacks against the healthcare.gov website, which are indicative of “a large amount” of hacking attempts.

“Based on the exposures that I identified, and many that I haven’t published due to the criticality of exposures – if a hacker wanted access to the site or sensitive information – they could get it”

One key problem facing Healthcare.gov is that security wasn’t built into the site from the very beginning, he said – an opinion shared by both Kennedy and Fred Chang, the distinguished chair in cyber security at Southern Methodist University.

“There’s not a lot of security built into the site, at least that’s what we can see from a 10,000 foot view,” Kennedy told the committee. And although the site doesn’t house medical records, it integrates deeply with other sites, includes ecommerce information, and houses a vast array of data that presents a very salient target.

The government should’ve given Amazon five million dollars extra and let everyone sign up for health care over there. Free shipping and handling if you spend over $35.

What, there aren’t hackers in other countries now?

Excuse me, there’s a Nigerian prince who wants my attention …

I think a database of name, address, and Social Security numbers would be a very attractive target for hackers. And if the site isn’t coded well, IMO it seems likely it isn’t very secure either.