Octopus here's your own thread to shit all over

Hey octopus, you’ve used the term “echo chamber” to describe the SDMB. Coincidentally, the same term is used to describe Parler. Have you found a home here among like-minded MAGAs?

On Parler, MAGA’s post-election world view blossoms with no pushback

The rapidly expanding social-media site has given Trump backers a platform to simply dismiss the post-election reality and reinforce baseless voter-fraud conspiracies.

Over there he would just be a small stream of piss in an ocean of urine, while over here he gets to be the big shit in a small pond.

The morons are even finding Fucker Carlson too liberal for their tastes!

If you don’t fully believe that the shape-shifting Lizard People are controlling the election, then you are a RINO, and will be thrown out of God’s Own Party.

I looked at the Parler page and was scared away by all the soft illustrations of people doing things.

My old existentialism prof had a Boston accent.

I was gonna go a more thespian-y
“the, haw…rer…
the…
(liltingly, softly) haw…
…r-rer…”
and regretting not doing so, originally.

My old existentialism prof had a Boston accent.

OW! Who threw that?

What’s the appeal of living in a bubble or a hive? I understand it for the emotionally fragile and damaged but functional adults ought to seek multiple sources of information and multiple points of view.

What’s the appeal of living in a bubble or a hive? I understand it for the emotionally fragile and damaged

Sounds like a good description of parler users to me.

I’m fascinated by one thing.

Why do you come here to a place you don’t like merely to lob the same, tired, insults? Are you just a modern-day Snot-boogie, coming into the game, but not really understanding it? 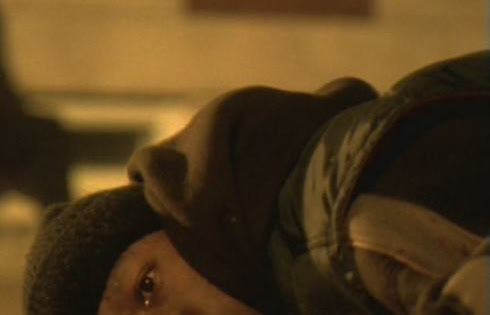 What’s the appeal of living in a bubble or a hive?

What’s the appeal of living in a bubble or a hive?

I’ve never understood why you imagine that any reasonable person would believe your accusations that the SDMB constitutes “a bubble or a hive”.

I mean, the “bubble” concept is absurd on its face: Every other minute around here there’s somebody starting a thread on some claim or other by Fox News or even Breitbart or QAnon, as well as all the cites from publications across the spectrum of the mainstream from the Guardian and the Nation to the Economist and National Review. The idea that SDMB members as a group have no awareness of what people whom they disagree with are thinking and saying is ridiculous, full stop.

And the “hive mind” whining is pretty nonsensical too. We’ve got a huge variety of divergence of opinion among posters on these boards.

Where we are all in agreement (or at least in enforced compliance) is limited to just two basic principles:

Board administration rules against hate speech, racial bigotry, doxxing, and other specific forms of antisocial behavior. Nope, you can’t come around here expecting to throw around racist slurs or misogynistic insults and get away with it under the banner of “free speech”. Those are the nonnegotiables; if you don’t like them, you’re free to fuck off over to Parler or other internet shitholes that cater to such behavior.

Overtly and obstinately anti-factual positions are not considered worthy of debate or respect. We are not welcoming to any factually baseless conspiracy theories or woo of any kind.

If you show up here spouting anything that’s just flat-out bullshit about vaccines causing autism, or the earth being flat, or homeopathic medicines curing diseases, or the existence of confirmed conclusive evidence for deities or angels or extraterrestrial aliens or a genetic basis for racial disparities in measured IQ, or climate change being a hoax, or Covid-19 being a hoax, or 9/11 or the moon landing or the Newtown school shooting being a hoax, or Donald Trump being a reliable and honest human being, or white people being the result of a selective breeding program by an evil scientist 6000 years ago on the island of Patmos, etc. etc. etc., you are going to get your dumb forensic ass kicked from hell to breakfast on every forum on these boards, by posters of all different political and ideological persuasions.

Don’t be a jerk. Fight ignorance. Those are our rules. If you think that abiding by those rules makes the SDMB a “hive mind” despite our active conflicts of opinion on pretty much everything else in the universe, well, like I said, you’re free to fuck off out of here.

(ETA) Oh oh. I guess I should not agree with you. Agreement is apparently bad beehavior.