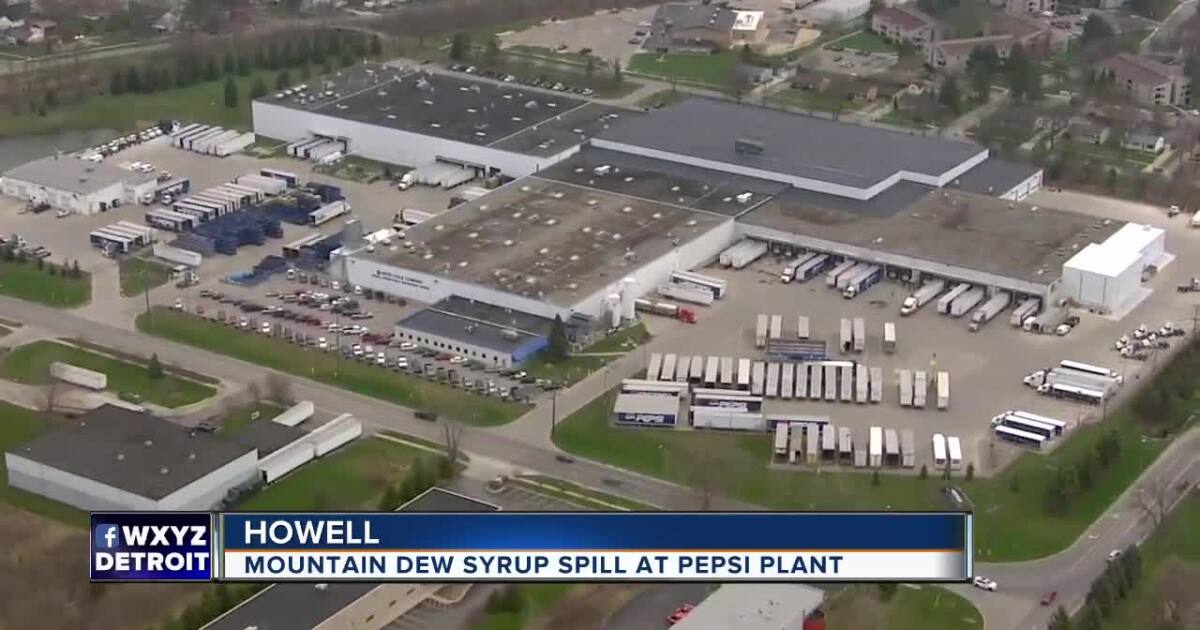 A Mountain Dew disaster gave city and state officials an unexpected jolt when a 7,200 gallon tank of the concentrated caffeinated syrup erupted at the Pepsi-Cola Production and Distribution plant in Howell on March10th.

Some smartass writer was having fun with this story.

Two days later, the city of Howell got a wake up call.

They were over dew for a spill.

Dew they know why it erupted out of the tank?

Sent from my XT1575 using Tapatalk

Fantastic. I think this is enough for a Wikipedia category on edible floods, alongside such greats as:
The London Beer Flood of 1814
The Great Molasses Flood of 1919
The Honolulu molasses spill of 2013 (what’s up with molasses, anyway?)

Though the fact that it involves Mountain Dew perhaps stretches the definition of “edible”, considering that they apparently consider it an industrial hazard.

The Great Cow Skittles Spill of 2017.

I was taken with this sentence:

Yeah, dozens of overly-caffeinated deer and raccoons terrorizing the neighborhoods…

I was taken with this sentence:

Yeah, dozens of overly-caffeinated deer and raccoons terrorizing the neighborhoods…

Not to mention if a Chihuahua got jacked up on it, you may need a SWAT team.