I have an old Maxtor external hard drive, about fifteen years old, which hasn’t been used in a long time.

I tried to plug it into my PC today, but it’s not opening.

Initially, the drive appears in My PC, but I can’t see its contents, and File Explorer is unresponsive. Then the drive disappears from My PC.

The drive appears to be working in that the fan comes on and it makes the same noises that it used to.

Googling for solutions, the first result is for a data recovery software site. Googling for info about that site, some people say it’s good, while others say it’s a scam.

Any ideas about what to do?

Open up Device Manager and open up the Disk drives section. The drive should be there initially if you see it in Explorer. But when the drive disappears from Explorer, does it also disappear from Device Manager?

It appears in Device Manager, but then Windows gives me a ‘USB device not recognised/has malfunctioned’ message and it then disappears from Device Manager.

Ok. There are a few possibilities, but the best case for you is that the box containing the drive has started malfunctioning. External drives are generally just ordinary desktop/laptop drives in an enclosure with a power supply and USB interface. If either of those are going bad, the drive itself may be fine.

I assume you want to recover the data on the drive? The physical drive itself is worthless, and should have been replaced long ago. The only reason to go through more advanced steps is to recover the data; otherwise just toss the whole thing.

Assuming you do want the data, the next step would be to disassemble the enclosure and extract the drive inside. Exactly how depends on the enclosure, but usually just amounts to unscrewing a bunch of things.

Once you’ve extracted the drive, you can either connect it directly to your PC via internal cabling, or get a USB to SATA adapter like this:

Now that I think about it, 15 years ago it might have been parallel ATA (big ribbon cable). You’ll want to extract the drive first to be sure.

Incidentally, file recovery software does work in some cases, but it won’t here. If the device disappears from device manager, the software has nothing to work with. Recovery software is only for when you have a flaky but at least semi-functional drive, or the filesystem has become corrupted, etc. Not for hardware failures that cause the drive to “fall off the bus”.

BTW, can you provide the exact name and model number of the drive?

Thanks for the advice.

It’s a Maxtor OneTouch III, 1 Terrabyte, about the size of two or more bricks. 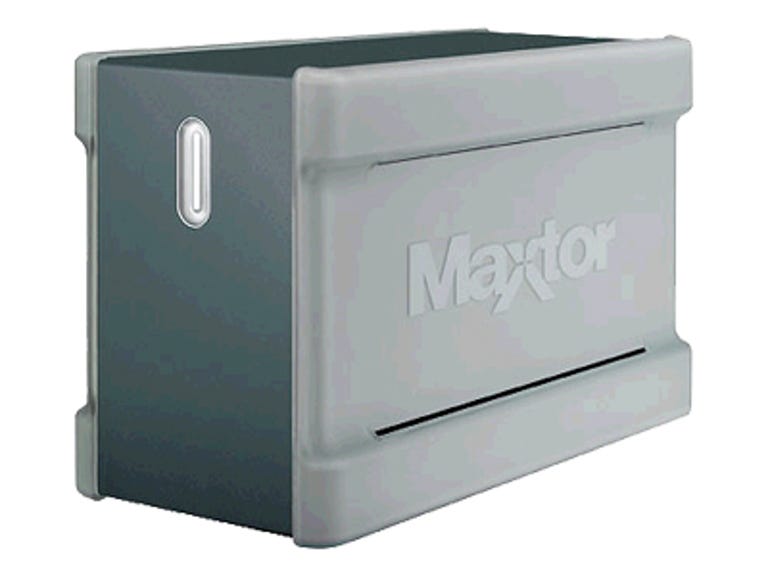 I think I’d be able to manage extracting the drive and putting it through an SATA adapter, as you’ve suggested.

I see there are various data recovery services where I live, but I also see they could cost hundreds of dollars, so it’s worth giving the SATA a shot.

I’ve probably got most, if not all, the data backed up on other drives, but I can’t be sure.

I’m not 100% sure it’s SATA, although I’d put odds on that given that it’s a 1 TB drive. You can get PATA/IDE adapters as well, so that’s not a problem, but you want to be sure before ordering. Or get a combo adapter like this:

Some external enclosures aren’t completely trivial to get into, since for strange economic reasons they’re often sold more cheaply than the bare drives and the manufacturers don’t want people to buy the external drives only to throw them away and use the drive internally. A beefy flathead screwdriver for prying is recommended in that case.

I suppose I should add that it’s worth trying on a different PC first, and with a different USB cable. It’s possible the problem isn’t with the external drive at all. Cables do go bad sometimes. It’s not the most probable failure mode, but it’s an easy thing to rule out.

Someone takes one apart here:

I’ve tried connecting with a couple of USB 2.0 A-Male to B-Male cable printer-type cables. It does also have FireWire 400 connectors, although I don’t have leads for these. 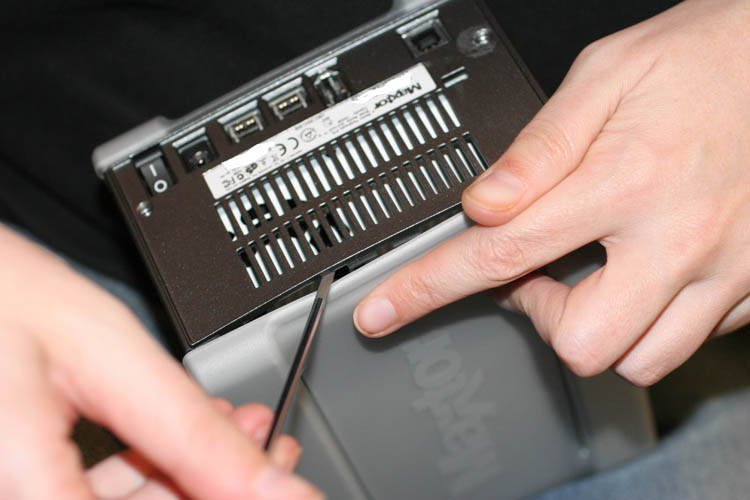 Firewire is definitely an interesting experiment since it might bypass whatever is flaky about the USB connection. Won’t help if the PSU is on the fritz or there is some more general problem with the controller board. Probably not worth buying a Firewire cable/adapter just to test that, but maybe you can find a friend with one.

Maybe it came with a Firewire cable. I’ll have to have a dig around and see. In which case, USB adapters are pretty cheap, so maybe worth a shot.

Thanks for the tips. It’s going to be a few weeks before I’ll be able to make an attempt to tackle the issue.

I’m not going to be in proximity to the drive, but I can provide an update when I get around to it if you’re interested!

That’s what I was going to say- pop the drive out and slap it in as an internal drive and see what happens.

If all else fails, you could try the following: With the drive out of the enclosure, give it a firm (but not too firm) whack with the palm of your hand or a rubber mallet. The idea is that an unused drive might have become “stuck.” This technique sometimes worked for me. Should be tried only as a last resort, though.