Oldest corporate logo still in use

I recently found this slideshow about the CBS eye. You can see the original from 1951 is nearly similar to the current CBS logo. What other corporate logos have stayed around with few or no changes for long periods of time?

It has a little different look now, but I would say Shell is one of the older ones. From a little research, looks like they’ve used the scallop shell as their logo since 1904.

Bass Beer logo? trademark registered in 1875, was probably used before then.

In doing some more looking around, the horn in the Stella Artois logo is said to have been incorporated in the logo since 1366. Pretty cool.

Apparently the oldest logo still in use in Twinings tea. They’ve been using their current logo since 1887.

The winner is actually

Okay, I’ve been ninja’d, but only because it took me ages to figure out how to do the spoiler tag! :mad:

The “Shazam” logo, on ATMs, has been in use since the company was founded in the mid 1980s. I vividly remember it, because at the time, I worked for a temp agency and helped with a mass mailing. Man, was I sick of looking at it by the time I was finished.

Boots, the UK pharmacy (now merged with Walgreens), and creators of Ibuprofen, has a logo that’s remained largely unchanged since 1883.

The Ford Motor Co. logo has been around a long time, but not that long.

Bayer aspirin logo in use since 1904

In doing some more looking around, the horn in the Stella Artois logo is said to have been incorporated in the logo since 1366. Pretty cool.

The Hudson’s Bay Company logo has been around since 1671, before Mr. Artois bought his brewery.

The GE meatball dates from 1900. It’s been slightly revised over the years, but not so most people notice. 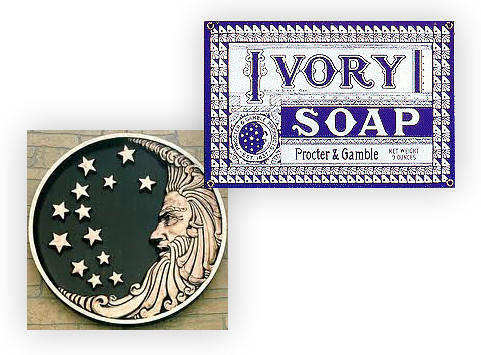 The Hudson’s Bay Company logo has been around since 1671, before Mr. Artois bought his brewery.

But they don’t use it as their company logo, at least not on their own website.

Mitsubishi’s logo goes back to about 1870.

Maybe not corporate in the strict sense, but there’s this cross icon…

But they don’t use it as their company logo, at least not on their own website.

I don’t know what to tell you. A Google Image search for “Hudson’s Bay logo” mostly turns up variations on their crest (at least it does for me).

I believe the Italian gun manufacturer Baretta has been around since the 1500s and they’ve got the familiar trident logo but my attempts to see how long the logo has been used were blocked by the company as being “Weapons” access unsuitable for work.