I was noodling through Wikipedia and checked up on the Stranglers to see if there was an update on their drummer Jet Black. I was surprised to see that he was born in 1938. Although he’s retired now he was gigging with them in 2015 despite health issues.

It got me thinking - is Jet Black the oldest punk - on stage at 77?

For the purposes of this exercise I’ll ignore my own very firm opinion of what constitutes punk and accept a band’s Wikipedia categorisation of punk / new wave, and will take age on stage as the relevant variable.

John and Tom Wright of NoMeansNo played up their ages and status as old farts, despite delivering some blistering work, but they were only born in 1954 and 1962, so are mere babies. Who else in the world of punk could push ahead of Mick Jagger in the oldies queue?

Well, I can’t think of anyone older than that, but the first who came to my mind was Iggy Pop. He’s 74 now and still active on stage.

I thought of Debbie Harry of Blondie, who was already in her mid 30s when the band was in its prime in the latter half of the '70s. She’s 76, making her older than Iggy, but not as old as Jet Black. I don’t know if she’s performed onstage recently, but she and Blondie are still making albums from time to time.

I’m not sure, but I think Rob Lind of The Sonics is 81. Not sure how recently he’s been on stage either.

I’m not sure, but I think Rob Lind of The Sonics is 81

Something is off with article: Larry Parypa is 77 years old right now. He was born in 1944. If Rob Lind is three years older, that makes him 80 or so.

Could be. His age seems strangely hard to nail down with online info. 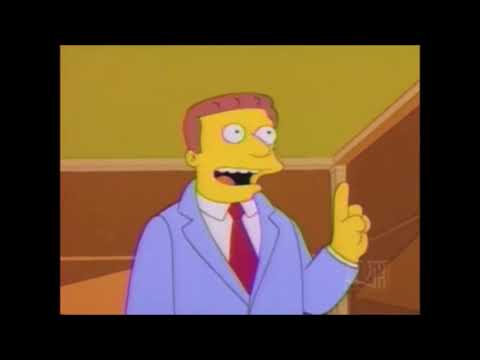 Learn more about the song The Witch/Psycho by The Sonics from the year 1965. Listen to the pop music hit, explore the lyrics, learn the history, and more!

I opened for them a few years ago and got to talk with them. If I had known it would come up, I would have asked.

Wow…just last week I was listening to the radio and they said it was Johnny Ramone’s birthday, he would have been 73. I was sorta shocked at his age. Then I thought “huh, I wonder who the oldest punk is?”

And here is this thread. Wild.

Got to interview Billy Ficca a while back, he’s only 71 though. Man had some stories – He was there when they conned CBGB’s into thinking they were a bluegrass band so they could have a punk night there. We took him and Dylan Nirvana out for BBQ.

Harry is many wonderful things, but (despite being fixtures at CBGB) I never thought of her or Blondie as punks.

Agreed. Blondie was a bit new wave and a lot chameleon.

Blondie was a bit new wave and a lot chameleon.

I don’t disagree – they were certainly more new wave than anything else, and two of their biggest hits (“Heart of Glass”, “Call Me”) were disco. But, the OP specified how bands are classified on Wikipedia as enough to qualify as “punk”, and that genre is listed among the several for Blondie in their entry, and their profile on the Rock & Roll Hall of Fame website also lists punk as among the genres in which they recorded songs (while also noting that the band is hard to categorize

They opened for Iggy Pop early on, so certainly were associated with known punk acts. Their first single “X Offender” is something that sounds and looks pretty punk to me. Some of their later hits like “Call Me” and “One Way Or Another” also sound like punk. But as you suggest they are pretty eclectic and aren’t defined by one genre.

I agree with everything that has been said about Blondie, they are eclectic and impossible to pigeonhole, but they sure always had a punkish vibe/attitude about them. Don’t forget that Debbie Harry was featured early on in photo stories in the fanzine that gave the movement its name, Punk. Yes, to me Debbie Harry is a punk icon.

Re the OP and qualifying as punk, is this close enough?

Reviewing the film [Oil City Confidential] for The Independent , Nick Hasted concluded: “Feelgood are remembered in rock history, if at all, as John the Baptists to punk’s messiahs”

I’ll ignore that “if at all” and just note that, although a mere 74 years old, Wilko Johnson is absolutely still gigging.

Some of their later hits like “Call Me” and “One Way Or Another” also sound like punk.

(bolding mine) “Call Me” is pure Euro-disco, about the furthest possible thing from punk, IMO. And one of the most scorching vocal tracks ever laid down, also IMO.

Debbie Harry is a punk icon

And since this has become the Blondie thread…
They are definitely still performing!

As OP I will make a Solomon-like decision on the place of Blondie among music genres:

Yes, they count as New Wave in being seen for their first few years as not mainstream pop. Further, Debbie Harry can burp the phonebook if she wants and it would be wonderful.