Pence: “I know the media wants to distract from the Biden administration’s failed agenda by focusing on one day in January."

Pence: “I know the media wants to distract from the Biden administration’s failed agenda by focusing on one day in January

Mr. Pence, it’s remarks like that that cause me to question whether you actually know anything at all.

That’s exactly what they did, though. As it was portrayed, George W. Bush’s record on fighting terrorism began on September 12, 2001. Which is true in a sense, but this was meant as praise. “Bush kept us safe!”
After the failed underwear bombing in December 2009, where the principal casualty was the skin on the terrorist’s leg, the mantra was “Bush kept us safe for seven years and Obama couldn’t even do it for one.” Because 9/11 didn’t count. (One of the only Republicans to ever point out how absurd “Bush kept us safe” was was, uhhhh, Donald Trump.) 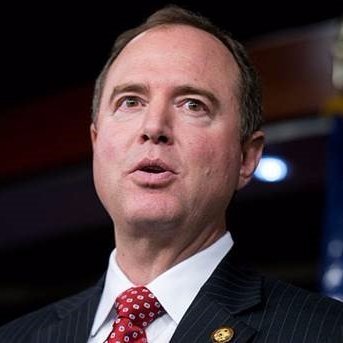 @RepAdamSchiff
They. Tried. To. Kill. You. Mister. Vice. President. https://t.co/K6xsd2oBpr

Pence is an idiot. I knew that before he was Vice President.

He’s supporting someone who sent a mob after him. That right there tells me that neither of those men should be given power over others.

It shows that Pence knows who his boss still is. What a spineless, scared little man. And it turns out that he’s more afraid of Trump than he is afraid of Those. Who. Tried. To. Kill. Him.

Cite that the Trump administration was never trying to overthrow the government?

Hey, “Remember all those other times when Caesar didn’t try to become a king?” worked pretty well for Marc Antony.

Cite that the Trump administration was never trying to overthrow the government?

There were plenty of days when he just sat around and watched TV all day.

I’m curious and quite keen to see Pence’s future plans. A former Vice President running for President four years after leaving office just proved a winning formula. I think Pence will try to make it 2 for 2. The rabid MAGA people despise Pence now. They think he is a traitor and he will never get their votes in a Republican primary. Are there enough Republicans who may have liked the policies of Trump but not keen on the man to run again? That must be what he is angling for when he makes comments like this.

It shows that Pence knows who his boss still is. What a spineless, scared little man. And it turns out that he’s more afraid of Trump than he is afraid of Those. Who. Tried. To. Kill. Him.

I think it’s more that if he can’t get back into Trump’s good graces he’ll be isolated, alone, and defenseless. Those following Trump now despise him. Those that opposed Trump from the start pretty much despised him all along. And no one trusts him.

Are there enough Republicans who may have liked the policies of Trump but not keen on the man to run again? That must be what he is angling for when he makes comments like this.

Pence was added to the Trump ticket to appeal to the religious nutballs. By and large, though, they’re followers of the Big Man and see Pence as a Judas figure, a betrayer of their messiah. The secular Republicans never cared for Pence to begin with.

Pence is not getting elected PotUS in 2024.

Pence was added to the Trump ticket to appeal to the religious nutballs. By and large, though, they’re followers of the Big Man and see Pence as a Judas figure, a betrayer of their messiah.

I disagree. I think the Christian conservatives (aka the religious nutballs) saw Trump as an outsider who would be a useful tool for advancing their agenda; the King Cyrus argument. Pence, on the other hand, is one of them. They will support Pence stronger than they supported Trump.

Pence’s problem is that he doesn’t have much appeal outside of his Christian conservative base.

But VP’s who succeed to the Presidency have to have been part of a popular administration. Nixon, Bush I, and Biden were Vice Presidents to Eisenhower, Reagan, and Obama.

Pence was Vice President to Trump; a man who couldn’t get himself re-elected. That means Trump’s coattails are pretty small. Pence is in the same camp as Quayle or Mondale.

Pence has an additional handicap that most VP’s didn’t face. Most former Presidents see their VP’s success as part of their legacy. So most VP’s can count on some support from the President they served with.

This is not true for Pence. At best, Trump will be indifferent to anyone’s success besides his own. But more likely is that Trump will see Pence (and any other Republican candidate) as a rival to his own dreams for getting re-elected.

It’s a scene straight out of The Death of Stalin, which is a historical comedy.

There’s a character (I won’t say who) who was put on the execution list by Stalin. He wasn’t killed only because Stalin died first (hardly a spoiler, given the title), so he was taken off the list. He was actually upset he was removed from the list, since Stalin couldn’t do wrong.

It’s like Stockholm Syndrome, but Trump isn’t Pence’s boss anymore. Pence doesn’t stand a real chance of winning a Republican primary either since he’s so hated by the Trumpistas, so I see literally no good reason why Pence should have said that.

I think Pence is enough of a political realist to be aware of how unlikely his chances of getting elected President are. But he’s following the path that gives him the best opportunity, even if it’s a small one.

I feel Pence is hoping that Trump will drop out for some reason and that Pence can position himself as the heir to the throne with Trump’s loyalist base. If he can add the Trump loyalists to his own Christian conservative supporters, he has a shot at winning the Republican nomination. And if he gets the nomination, the mainstream Republican machine will probably decide to swing the election for him rather than see Biden get-re-elected. Pence wouldn’t be the party’s first choice but if they could stomach Trump, they’ll be able to work with Pence.

Currently the Republican Party is a cult of personality. I seriously doubt that the Trumpers would remain a cohesive whole if Trump was not present/able to run or continue his demagoguery.

I was babysitting my 18 month old graniff ( grand-nephew) earlier this week.
He doesn’t like being separated from his mother. Even though he’s basically a happy child, a couple of times an hour he will remember that his mother isn’t around, and will go into distress mode for a few minutes. He’ll station himself at the door and cry a little bit while calling her name.
Then his mom came home and took him in her arms and he was the happiest creature on earth at that moment, he was back where he belonged.

That is how Mike Pence feels about Donald Trump’s ass. When his face is buried in it, he’s home where he belongs. Also, you really need to realize that Mike Pence truly believes, to the depths is of his soul, that being given the privilege of tonguing Donald Trump’s asshole is special gift bestowed on him by God. God told him this was his destiny, his place in the world and the reason he was brought onto this earth. Mike Pence really believes this.

The books written post-election portray Mike Pence as a man desperate to keep pleasing Donald Trump. At no point was he standing up to a bully or trying to be his own man. He searched high and low for a credible legal opinion that would let him do what Trump wanted and became increasingly desperate and frustrated when the answer was always no.

The best tidbit had to do with his call to Dan Quayle, when Quayle told him that no, no sane interpretation of the Constitution described any scenario where the sitting VP got to choose the next President. But I thought the funniest part was Pence taking the trouble to find the video record of Dan Quayle counting the votes in 1992 and announcing that Clinton had won the Presidency. Apparently Pence watched this over and over and over. He told Quayle he’d done this and Quayle laughed at him (let that sink in). I think he thought if he watched it enough times it would eventually end differently and he’d get to see Quayle gaveling in Bush as re-elected, thus solving his problem.

I know the prevailing narrative is that Pence finally got courage and stood up to Trump the bully, but I don’t see it that way at all. I think Pence truly believed that it was God’s will that he help Trump steal the election and that he still feels he let God down by not finding the path. Now he has been cast out from the MAGA realm, a lost and lonely soul, a failed warrior of the Lord, desperate for redemption.

(Sometimes I mention to Christians that if God had truly wanted Trump to win in 2020, he would’ve made so Trump won in 2020, maybe by not sending a plague of something. They don’t like it when I say that.)

I’ve always marveled at the willful cluelessness that lead Mike Pence to bring his family to work with him on January 6th. I used to think it was his desperate attempt to prove to himself that he hadn’t help create a dangerous situation, a suicidal trust exercise.
Now I think he was scared he might not be able to do what he had to do, the thing he had to do that he really didn’t want to do and that he totally wasn’t convinced was the right thing to do, without his mommy sitting in the room.

I’d really like to hear his wife or daughter speak out about that day, but they probably won’t defy him.

That’s a great post. Pence is indeed both cowardly and stupid.

He also polls around the one percent mark among GQPers.

Thanks, Ann! Your analysis is wonderful (and wonderfully schadenfreundy). I looked for your “Fund my Coffeetable Book” site and couldn’t find it… get moving on that!

He also polls around the one percent mark among GQPers.

I knew I didn’t trust those One-Percenters!