Teddy definitely looks like she wants to stay!! Border collies are among the most intelligent of breeds and it seems to shine in her eyes. Lovely doggie!

I’m hoping for a “foster fail” (I hate that phrase).

I prefer to think of it as foster success. You found him a forever home, didn’t you? All parties are happy, right? Success all around. Even Buddy’s new internet friends are happy!

– and @ThelmaLou, cats get comfortable in what to humans look like very strange positions, don’t they?

I figure she’s hanging her head so all the blood can rush to her brain and help her think up new ways to make life interesting for me.

@burpo_the_wonder_mutt She is a looker, for sure! As a border collie, does she have the tendency to herd people, other animals, etc. My late husband had a border collie in his first marriage and when his kids were little, the dog would herd the kids into the corner of the back yard and keep them there.

As a border collie, does she have the tendency to herd people, other animals, etc. My late husband had a border collie in his first marriage and when his kids were little, the dog would herd the kids into the corner of the back yard and keep them there.

Teddy is very geriatric and has cataracts developing and several large fatty tumors; her herding days are over, but she still rolls over on her back when outside and kicks the air like there’s no tomorrow.

I love Teddy! Senior dogs are my favorite. And I do have a soft spot for… well… spots.

Senior dogs are my favorite.

Last year during quarantine, my daughter became aware of a sad situation involving senior dogs. The owner died of COVID. She had four morbidly obese little dogs. My daughter helped place them, taking one “Benji” into her home to live with “Jax” her terrier. 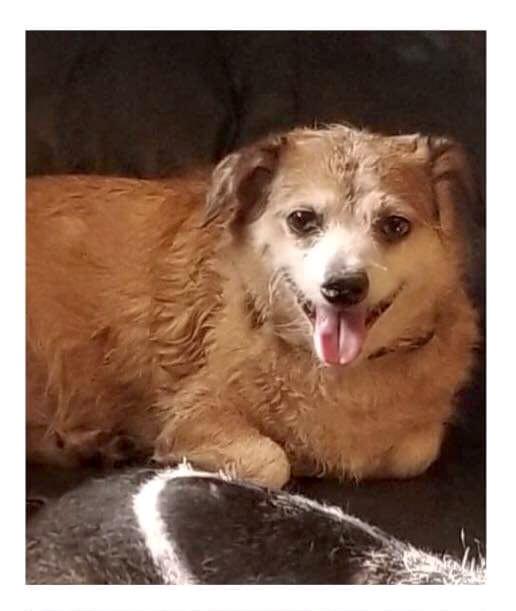 Benji at the shelter. Could barely walk due to obesity. (25 pounds) 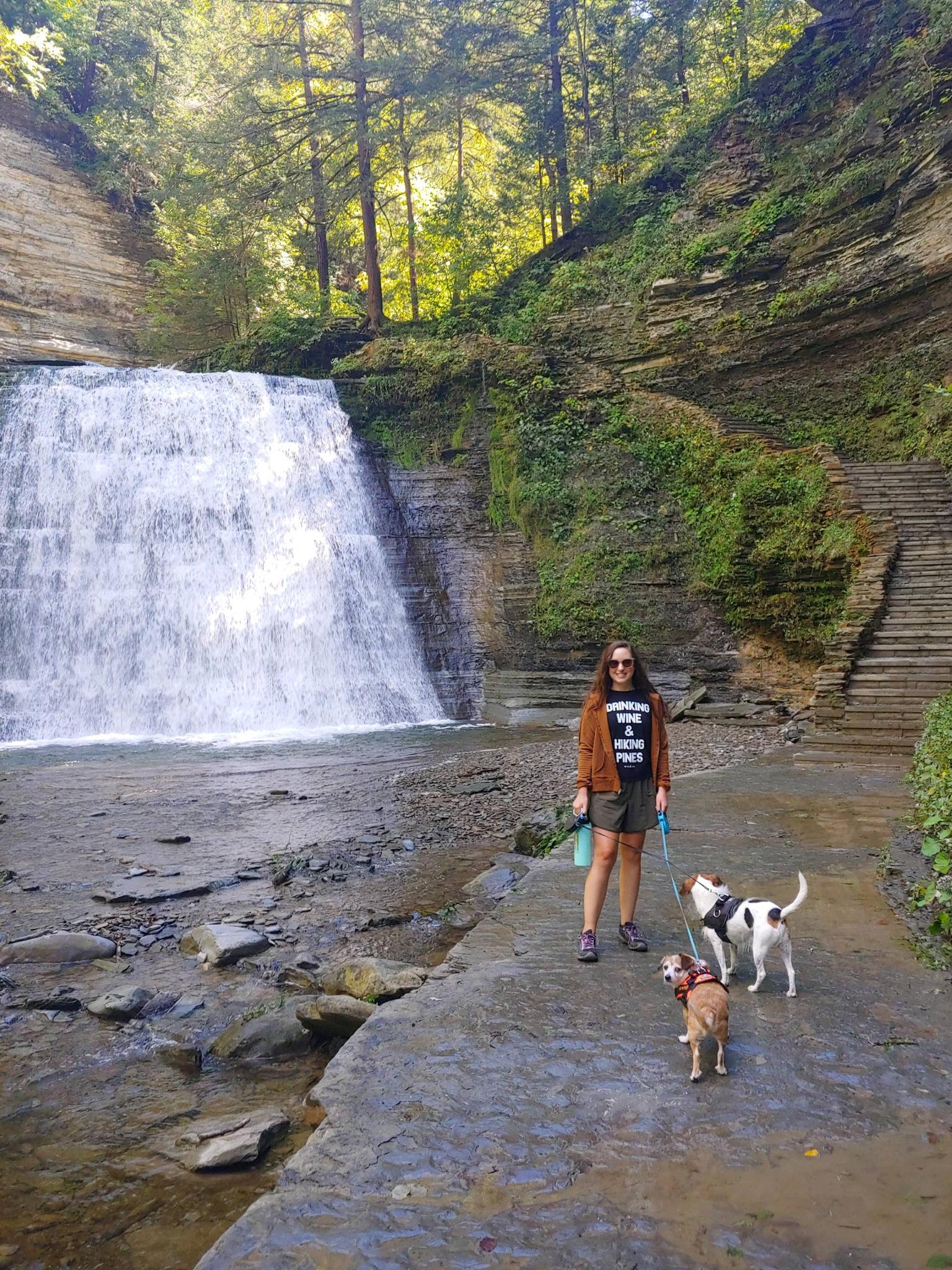 What a very happy story!! I needed that badly this morning. Yay Benji and yay @kayaker’s daughter!

That is great! What a success story with a happy ending.

This is Summer (yellow) and Trei. They are two rescue kitties. I’ve had Summer about seven years and Trei about four. I’m posting this picture to illustrate a story. 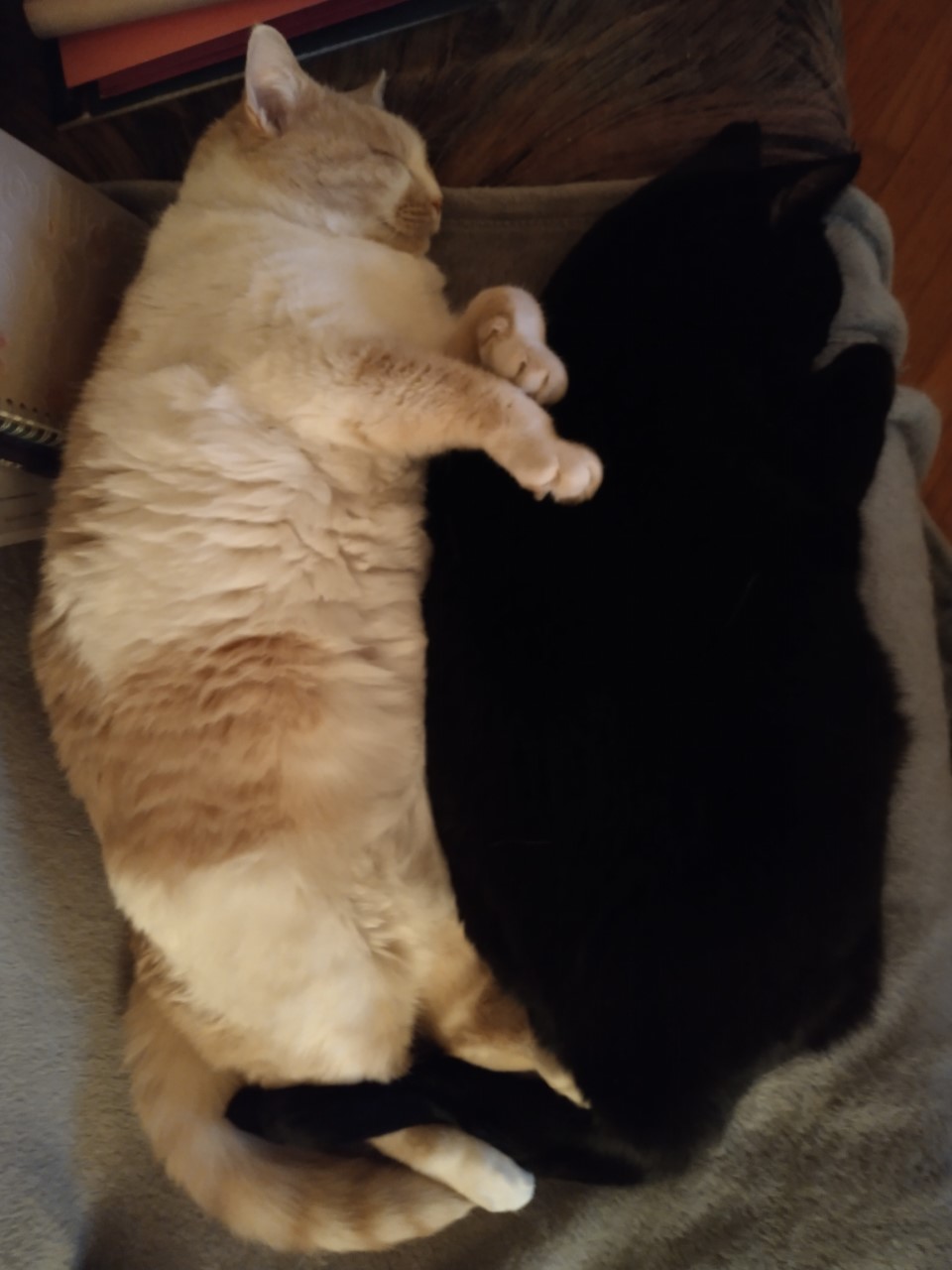 Summer and Trei are great buddies and love to sleep together. They sleep on the couch in this position all the time. Tonight I was watching TV and they were both asleep. Suddenly, Trei leaped into the air. This startled Summer who leaped up and bounced off the back of the couch. They both landed and Trei seemed a little stunned. She must have been having a really bad dream. Summer tried to act like nothing had happened and started licking her back leg. I was laughing so hard I had to pause the movie I was watching.

This is better picture where you can actually see Trei’s beautiful little face. It’s so cute the way they always sleep with Summer in the back and Trei in the front. Always. 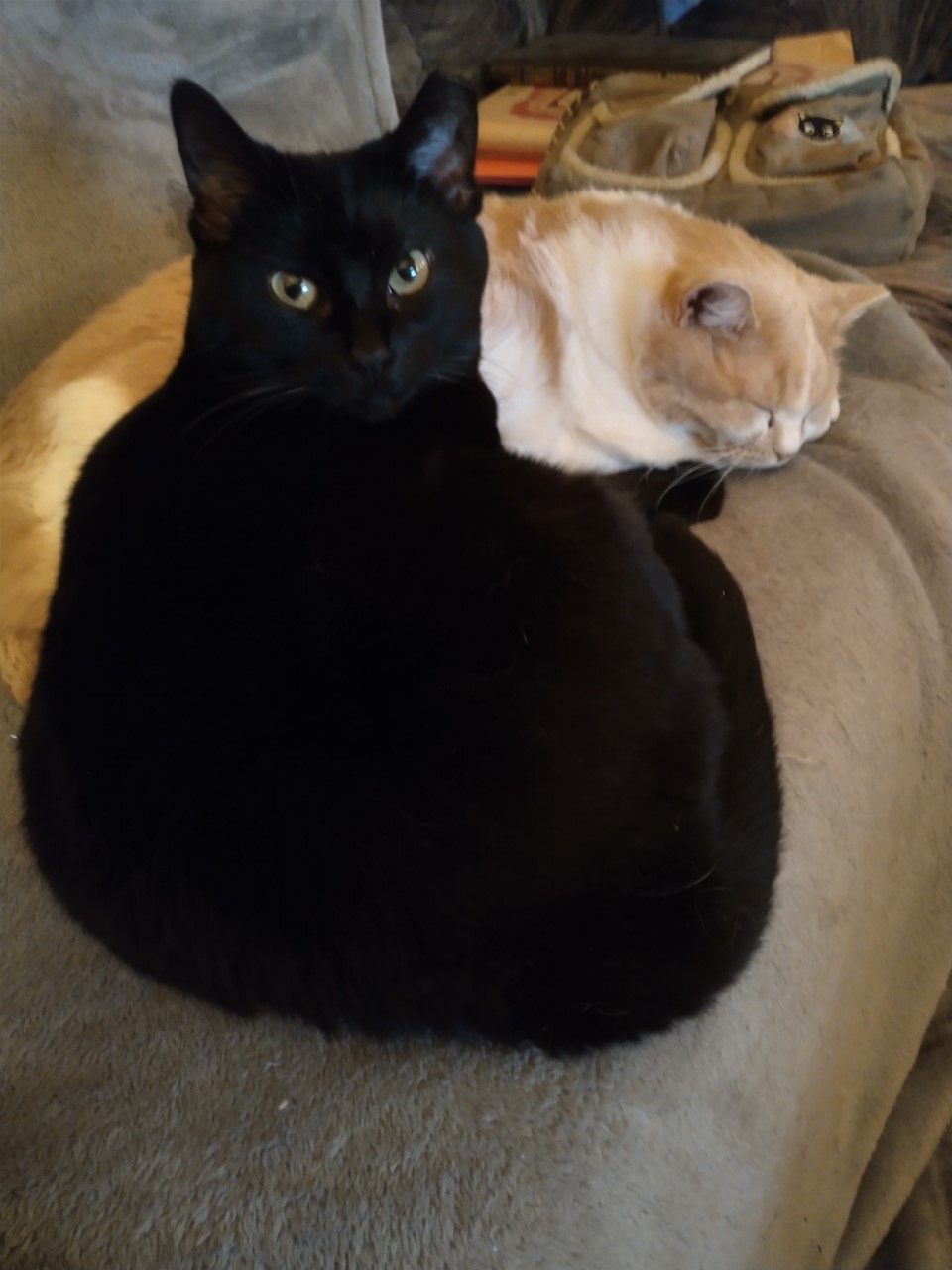 I am totally jealous of your successful black cat pics. Your kitties are beautiful and so sweet.

George is 5 and a half months old now and at 9.4 lbs is a little cat. I kinda want another kitten even if they are total jerks.

Here’s George dressing up the house: 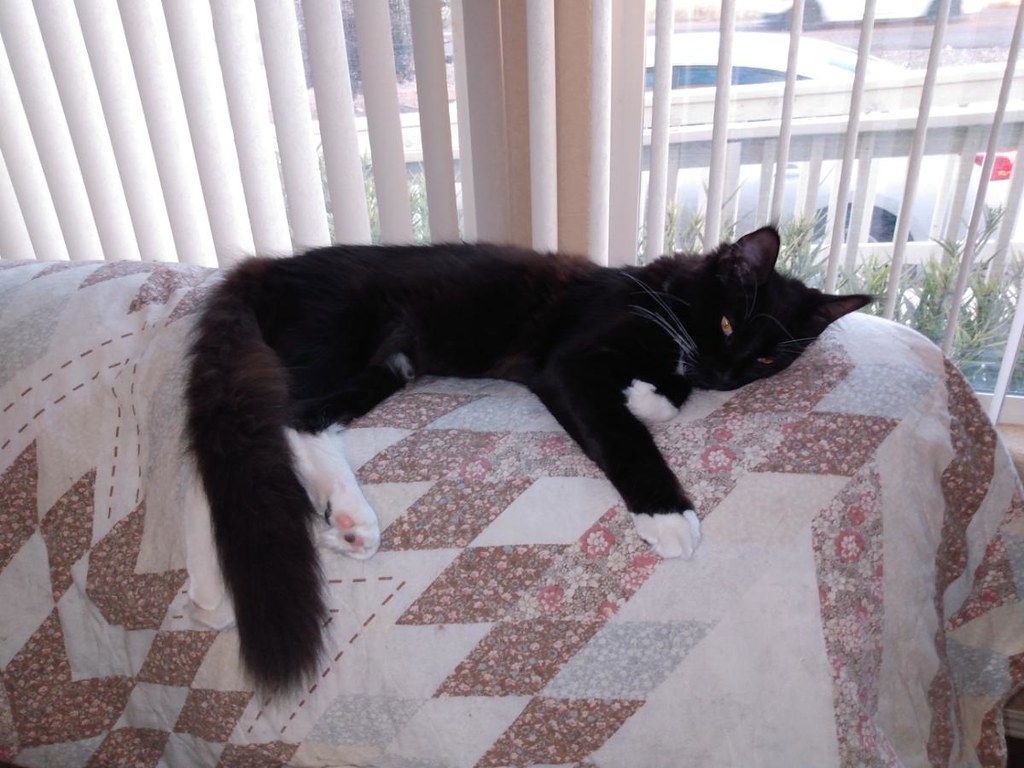 We call him George of the Fabulous Tail when we aren’t calling him Get Down You Little Jerk!!!

We call him George of the Fabulous Tail when we aren’t calling him Get Down You Little Jerk!!!

Made me laugh out loud~thanks!

We have never had a cat as spoiled as Sir George is going to end up being. When he was too small to jump on the counters, I would pick him up and his head would go on a swivel. I could almost hear him thinking “Wow, this looks great, I can hardly wait until I’m big enough to get up here!”

Now that he’s big enough to get on the counters I got some double sided tape to help him learn that he’s not allowed on the counters. Hubs the softhearted doesn’t want me to use it because George will get scared and it will pull his hair. Isn’t that the point?!?

I kinda want another kitten even if they are total jerks.

Foster! There’s usually a surge of kittens in the fall and shelters and rescues need foster homes, especially for those too young to be adopted yet or a little undersocialized and in need of some one-on-one cuddling and play. That way, you get to have as many kittens as you could possibly dream of without ending up with thirty-two cats. And right around the time you start thinking “why did I do this? I’ve had enough of these little heathens,” it’s time to send them on to their new homes.

These two recently popped up in my Facebook memories, both senior dogs I had at the ends of their lives, both times I swore I was done with senior dogs because my heart just couldn’t take it anymore. Both times, of course, that lasted exactly until the next time I laid eyes on another white face and turned into a total sucker again.

This was Autumn Lily. At the time she came to the shelter, we actually had two other dachshunds named Lily plus a cattle dog mix also named Lily. The first had originally been named Summer, then was adopted and had her name changed to Lily. So when she was returned, we called her Summer Lily to distinguish her from the other Lily. Then came Lily the dachshund puppy, who became Spring Lily. Autumn Lily had been abandoned and didn’t come in with a name, but it was only right that she get to be another Lily. She was one of those that came in and the kennel manager said we were full, but she was a million and two years old and could barely walk and she needed someone’s help, so I took her home with me. She only lasted about three more weeks, but I hope it was a good three weeks. She loved burrowing under blankets and just being held or on someone’s lap. 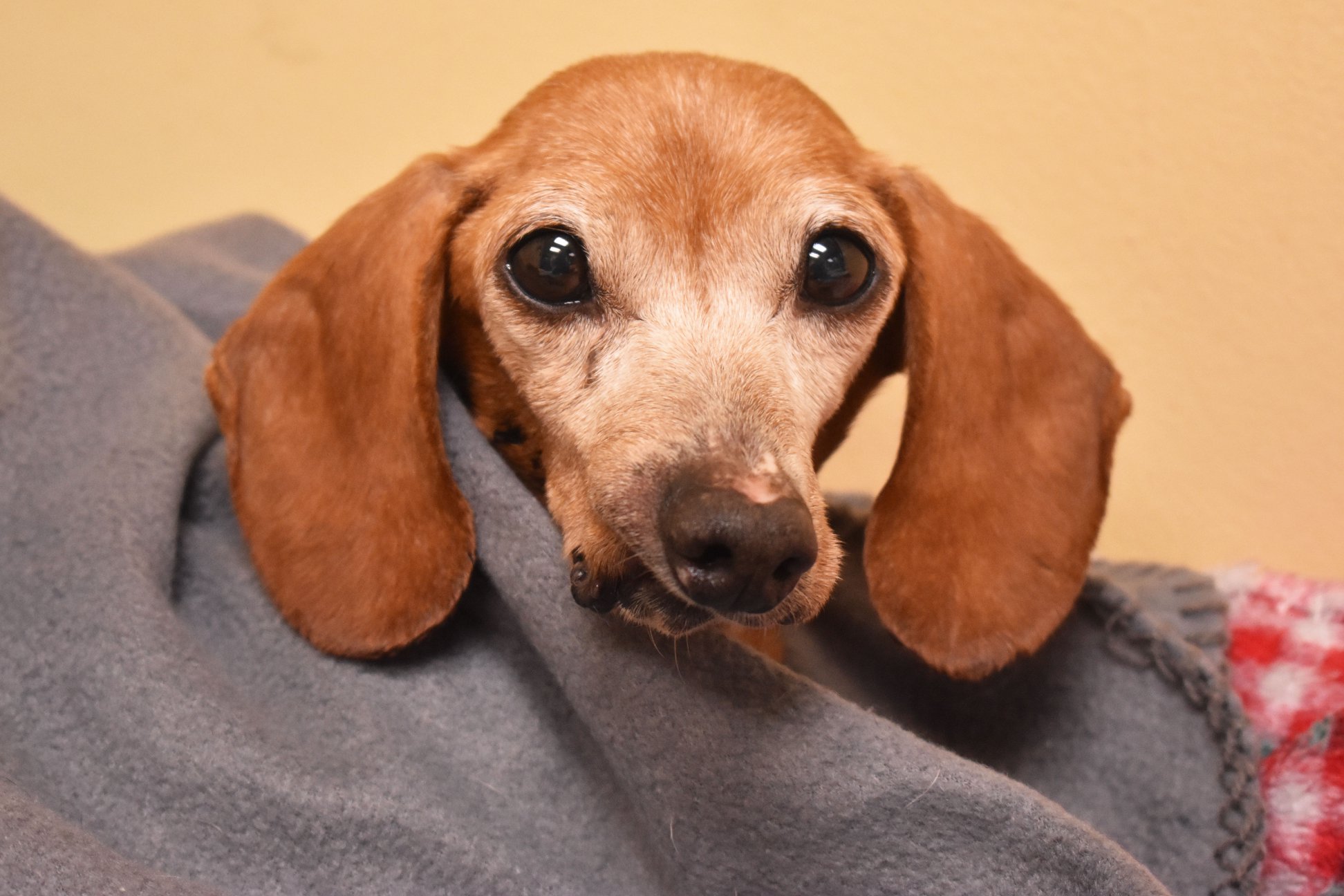 And this was Teensy. Teensy’s person had been in ill health for a long time and had not been able to adequately care for her eight dogs (or herself, from what I gather) and had refused help from family. She died the night before Thanksgiving, so there were no other shelters open to take the dogs, who were all underweight, undersocialized, and sickly and needed a lot of care. Family could cover the four youngest, but that still left four in need of a place immediately. Three of them were around 4-6 years old, but Teensy was ancient and blind and had pyometra and bladder stones and the shelter was not the place for her. She was kind of exhausting to take care of because she would wander around and then just start barking when she hit a wall (literally) or got confused, which was often. All day and night. But damn did I love her sassy, demanding little queen-of-the-world attitude. She was calmest when she was being held, so I would do my work with her in a baby sling to keep my hands free. She loved music and being out in the rain. She recovered well from her previous life and when she went, it was the sort of thing where, two days earlier, you could have sworn she’d live another five years. 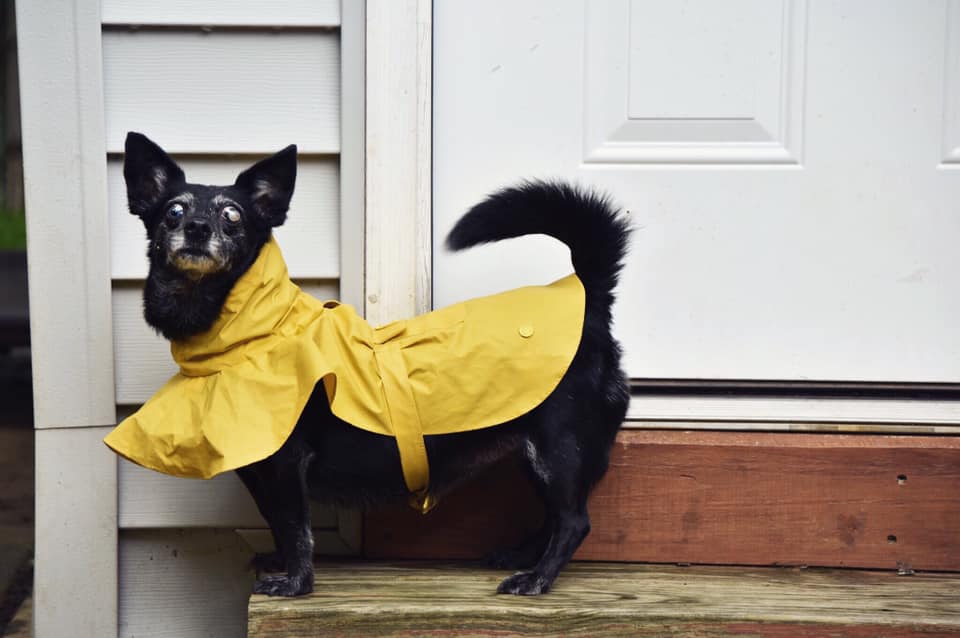 Anyway. Even if they didn’t have a home or a family when they died, I still want them to be remembered. They were still so loved.

Anyway. Even if they didn’t have a home or a family when they died

How could you possibly say that? Those beautiful ladies were so very lucky to have had your home to live in and you to love.

We used to foster, but currently are wondering what we are going to do with our friend’s cats when he goes. Which I think is going to be in the next month or so. Friend had some mental issues when we met 20 years ago and the slight hoarding issues he had back then went untreated. Last time Hubs was in his single wide trailer, there was a big hole in the floor that had been covered with plywood. That was 8 years ago. It’s really bad.

We know that he has at least 6 cats in there and we know that he feeds them well because Hubs orders his cat food with our monthly Chewy order. We have never ordered litter for him.

It’s all a mess and I’m afraid that its going to be our mess shortly. At least I know all of his cats are fixed.

You’re really quite a wonderful person, @SurrenderDorothy. I hope you know that.

I have thought that for quite a while!

I used to foster kittens for the local Humane Society. It was great fun cuddling them and watching them discover the world. I fostered nearly sixty over the years and only kept one. (Although I found homes for four others with family members.)

My Milo has finally taken a brief rest. 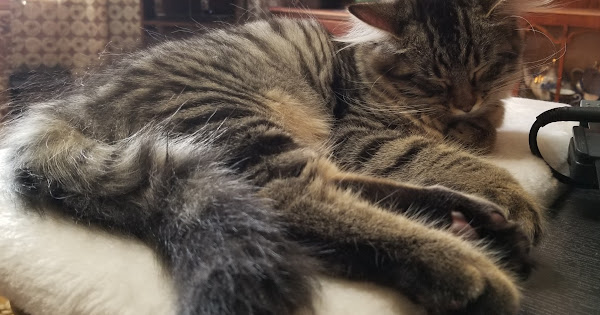