I’m writing a book in which I refer to pie-throwing as a kind of crude slapstick in old movies. But I don’t know who actually did this. The Three Stooges? Buster Keaton? Someone I never heard of? Was it common to many comics? Am I wrong in thinking it dates to early films? How early?

Pieing has its origins in the "pie in the face" gag from slapstick comedy. It appears on stage in the music hall sketches of the English theatre impresario Fred Karno. It was first seen in film in the 1909 Essanay Studios silent film Mr. Flip starring Ben Turpin. In the story, Turpin has a pie pushed into his face for taking liberties with several women. Beginning in 1913 with That Ragtime Band and A Noise from the Deep, filmmaker Mack Sennett became known for using one or two thrown pies i At le...

I count that scene in Mrs. Doubtfire as an official pie gag.

Supposedly, Ben Turpin received the first pie in the face on camera in 1909 (it wasn’t thrown, though, just smashed into his face).

It quickly became a common gag in silent films. Pies were blueberry because that showed up better on camera. They were also of a standardized size and weight so they could be thrown accurately.

Buster Keaton never threw a pie in the silent days (though he was the recipient a few times in the early days). He had to learn how for one of his sound films.

Contrarily, Charlie Chaplin was never hit by a pie (though he threw them); his comedy was based upon his gracefulness, so he would be able to dance around one. He did get a meal in the face in Modern Times.

Perhaps the biggest pie fight on film was this one from The Great Race.

Perhaps the biggest pie fight on film was this one from The Great Race .

@elfkin477’s Wikipedia link claims that that movie is “known for having the largest pie fight in cinematic history,” giving this link as a cite:

LIFE Magazine is the treasured photographic magazine that chronicled the 20th Century. It now lives on at LIFE.com, the largest, most amazing collection of professional photography on the internet. Users can browse, search and view photos of today’s...

The Three Stooges definitely indulged in pie throwing in their short subject films. Moe Howard was said to have particularly excellent aim and reflexes.

Laurel and Hardy also engaged in pie fights. There are film clips.

On television in the 50s and 60s, Soupy Sales was known for getting hit in the face with a whipped-cream pie, though I don’t recall him doing it all that often. Soupy used to host a telethon on a local station in my hometown in the 1970s, and if a company pledged $10,000, they could hit Soupy in the face with a pie at the end of the telethon. Someone always did. Soupy then would do the same to one of the station’s news anchors.

Perhaps the biggest pie fight on film was this one from The Great Race.

The Bugsy Malone one isn’t small. 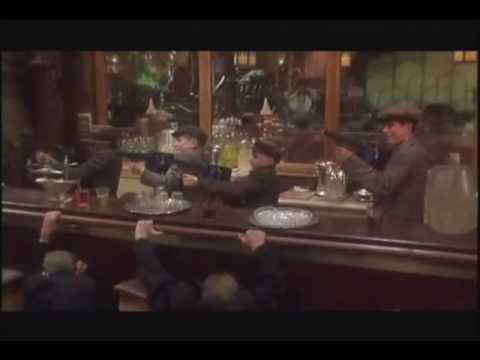 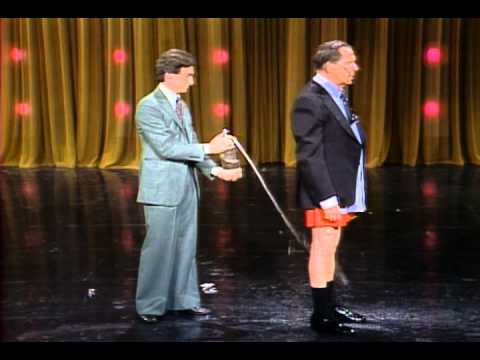 And one that didn’t happen, but almost did, was at the end of Dr. Strangelove. The ammunition was on the table with the food.

This is great. I’ll look for clips of the Stooges, cuz that’s what I tentatively wrote.

I’ll look for clips of the Stooges, cuz that’s what I tentatively wrote.

Here’s the short mentioned in the Wikipedia article: In the Sweet Pie and Pie. (The pie fight is at the end.)

I should probably be ashamed to admit that I remember this, but in one episode of Donny and Marie Donny came out with a pie, obviously intending to throw it at Marie. Instead, he was carried up a ladder and thrown into a giant cream pie. 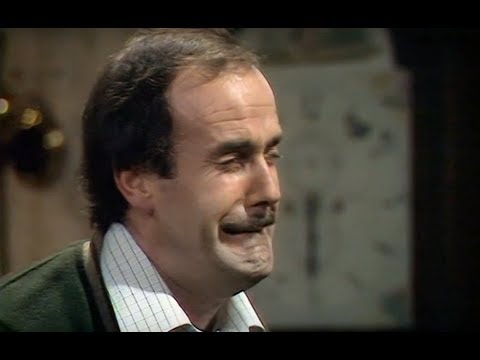 Here’s the pie fight from Blazing Saddles. As crude slapstick goes, I don’t think it ranks in the top five in that movie alone. 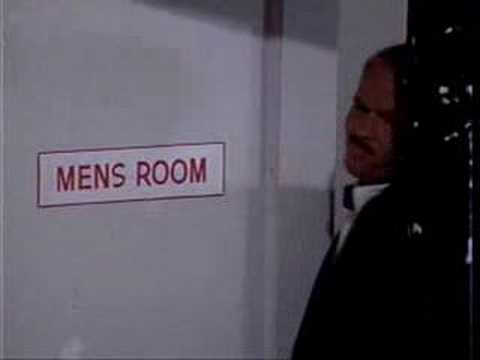 Pie fight in a TV commercial

Pie fight from I Love Lucy 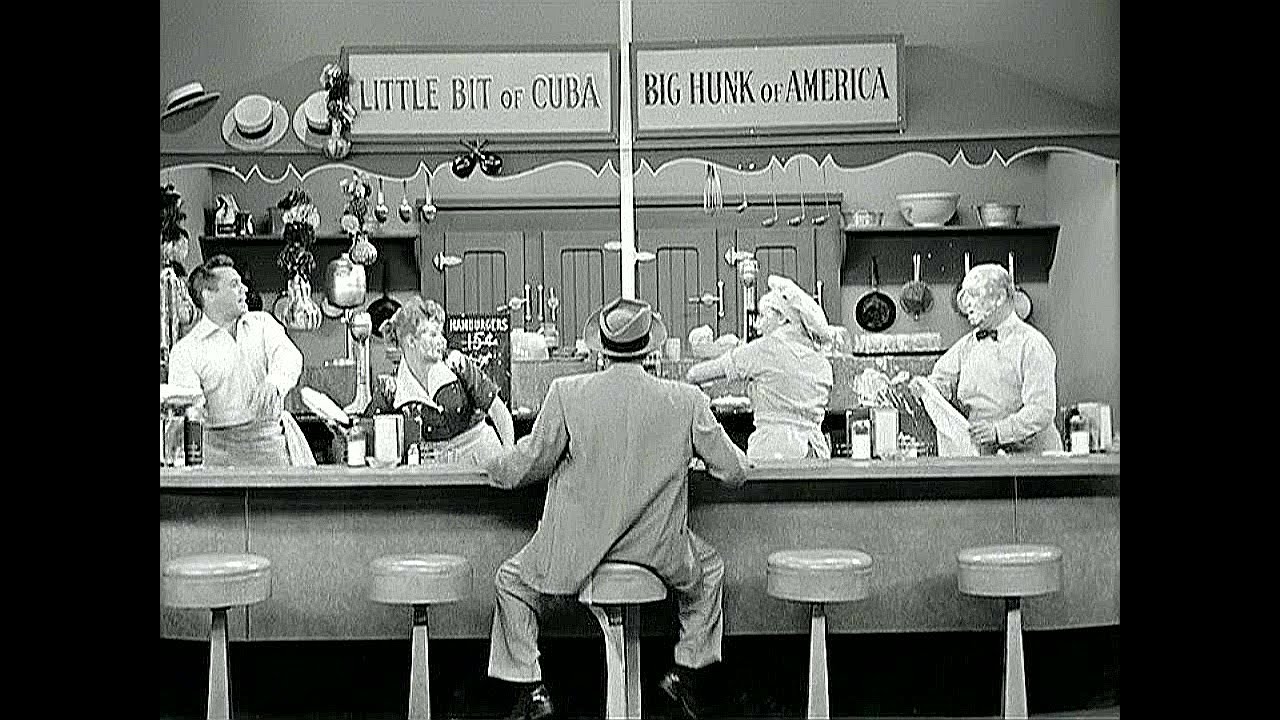 And a pie fighting instructional video from clown school. 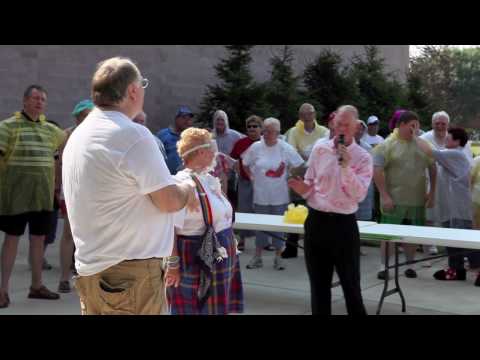 I’m always annoyed when they cheap out with a paper plate filled with whipped cream. Not only does it look like a fake pie, but they don’t actually have the heft to be thrown so they need to just be pushed into the target’s face.

That said, this is pretty amusing around 1:40 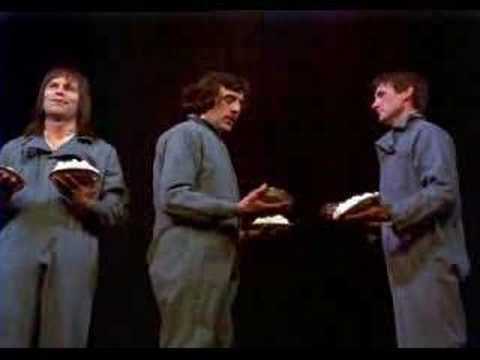 And one that didn’t happen, but almost did, was at the end of Dr. Strangelove. The ammunition was on the table with the food.

It was filmed but cut in the editing.

Critic Alexander Walker observed that “the cream pies were flying around so thickly that people lost definition, and you couldn’t really say whom you were looking at.”[16] Nile Southern, son of screenwriter Terry Southern, suggested the fight was intended to be less jovial: "Since they were laughing, it was unusable, because instead of having that totally black, which would have been amazing, like, this blizzard, which in a sense is metaphorical for all of the missiles that are coming, as well, you just have these guys having a good old time.

It seems to be a gag that cannot be overdone: 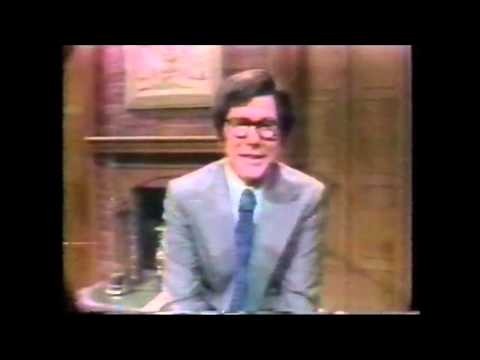 As I recall it, afterward he said that the crew tasked with the job had seldom shown so much enthusiasm for their work, that it was nice to see people who loved their work so dearly!