Why am I certain that everything Dumbass has been taught about race relations would make a pretty thin book?

Self-published and listed as “fantasy”.

Sometimes I think I went to sleep and woke up in the Twilight Zone. We are banning menthols because they kill black people? Can we stereotype more? Cut down on KFC because fried chicken has too much cholesterol, killing blacks? Prop up watermelon farming? I mean, this goes against everything I have been taught about race relations.

Why am I certain that everything Dumbass has been taught about race relations would make a pretty thin book?

You’re not wrong about his perceptions. Not only does he not know much about race relations, but he obviously wasn’t reading the thread very carefully, either.

But I honestly, I think his ignorance gets to the heart of how such a ban would be perceived by a large number of people: as a racist act. It is a “for your own good” type of legislation, and it would disproportionately affect black people—so it will likely be seen as paternalism (or worse) rather than an attempt to reduce smoking in everyone.

Plus, while most people were not making the argument that UV decried: I did notice at least one poster making such an argument: our beloved “doctor” and Pit target DrDeth. I wouldn’t mind letting the two of them go at it, myself.

Why not wear masks forever?

Well, he’s not obviously a lawyer, so people could be forgiven for confusion if he doesn’t explicitly rule out no less plausible (even if highly implausible on its face) professions.

UV compares eating breakfast to gassing people with Zyklon B. I guess Count Chocula has an evil side, but it seems like a stretch even for him.

Arizona to use Zyklon B to kill prisoners Great Debates

I think that is unfair. Regardless of one’s feelings about the DP, just because one uses the same method of execution the Nazis used doesn’t mean that the executions themselves are comparable to Nazi genocide. I’m sure that the Nazis ate breakfast in the morning, but just because I do that doesn’t make me a Nazi.

West Virginia’s dumbest lawyer has decided he is the sole arbiter of when to celebrate the end of slavery.

Why is June 19th marked as the holiday? The Thirteenth Amendment wasn’t ratified until December, 1865 and slavery was still legal in (at least) Delaware at the time. I don’t oppose a holiday to celebrate the end of slavery. It was a stain on our country. But to put June 19th as the date is just false history.

If you have to ask if this enactment of the Idaho state legislature is an accurate description of CRT, then you are a fucking moron:

The issue I have is that nobody can really say what it is. If you ask, you get one of many vague statements which are all wonderful sounding, but if you ask, “Well, does it mean this [bad thing]?” the answer is no, of course it is not that, stop watching Fox News!!!

But then Idaho “bans” CRT and I read the text of the bill, the pertinent portion is thus:

Sorry for the formatting.

Those three things seem very reasonable not to require a student to adopt. Is that CRT? If so, I’m out. If not, then why are several articles saying that Idaho (and other states) are “banning” CRT?

That is why I mentioned many times in discussions that the conservative moronors governors are going full Orwellian with their followers.

CRT scholars do not adhere to i and ii, the reverse of what the governors ** and the legislatures in those states claim. As for iii, CRT deals with discriminatory policies from the past and the ones still being used today.
.
.
.
.
** Republicans are indeed going for the ideals that ‘War is peace. Freedom is slavery and Ignorance is strength.’

As for iii, CRT deals with discriminatory policies from the past and the ones still being used today.

But it doesn’t deal with who is “responsible” for it. It’s not trying to blame people. It’s identifying problems to be fixed. So that’s still wrong.

Yep, still wrong. But it was the item that was not Orwellian.

I got you, yes, good point. It wasn’t total “doublespeak”; “We have always been at war with Eastasia”. Just a fundamental misunderstanding.

Actually, I found his responses in his own thread on this subject much worse.

If you have to ask if this enactment of the Idaho state legislature is an accurate description of CRT, then you are a fucking moron

I am a fucking moron. Dunno about UV, I just cannot for the life of me wrap my head around this particular topic.

MrDibble’s post about a teacher applying critical race theory in their curriculum was helpful to me because it was concrete. My history teachers would point out how Columbus, Andrew Jackson, &etc were far from saints.

I will keep reading up on the discussions. Maybe after I finish these two current topics I can go through the old ones, then there are a couple ‘what is CRT’ articles I have queued up. If I have any questions left I will feel like I earned the right to ask.

You’re certainly a lot more self-aware than UV is. In that thread, he seems utterly unaware of his own blind spots and the continued existence of racism in the US.

I am a fucking moron. Dunno about UV, I just cannot for the life of me wrap my head around this particular topic.

Well, note what the conservative legislatures and governors that are banning the teaching of CRT think it is, think the reverse. Oh, and remove links to sources or de-friend “friends” that think like those governors.

Oh, and remove links to sources or de-friend “friends” that think like those governors.

For the record, my friends and acquantances are CRT-morons too. They admit so much, we’re all pretty much on the level, ‘what the heck is this thing? Governor Ronny says its bad. Yeah well he’s a moron. Why is it in the news, why do I care? Who knows, put on the baseball game already’

As I have written before, one of the things I come to the SDMB for is exposure.

Well, for starters, one should go to the horse’s mouth:

Legislators are calling Critical Race Theory divisive and pushing to ban it in classrooms. NPR's Audie Cornish speaks with Gloria Ladson-Billings, one of the first to apply the theory in education.

CORNISH: So first, tell us. Someone lands on this planet. They’ve never heard of it. How would you describe your scholarship on critical race theory?

LADSON-BILLINGS: So critical race theory is a series of theoretical propositions that suggest that race and racism are normal, not aberrant, in American life. It relies on several tenets that include things like interest convergence - the notion that, well, you can get something done if you can convince the opposition that it’s in their interest, too - things like counter-storytelling or narratives. And I know when people hear storytelling, they say, well, that’s not empirical. But if you’ve ever been in a court of law, everybody’s telling a story. They have the same set of facts. They tell the story differently.

CORNISH: How does it apply to the classroom, if at all?

LADSON-BILLINGS: I don’t know that it does apply to the classroom. But from an educational policy standpoint, it applies to things like suspension rates, assignment to special education, testing and assessment, curricular access - you know, who gets into honors and AP, who doesn’t.

CORNISH: It sounds like what you’re saying is this is a theory that allows you to look at all of these policy concerns and education and say, it’s not just about the kid or the kid’s home or anything like that. It’s also because there’s some institutional racism.

CORNISH: What are some of the wildest things you’ve seen described as critical race theory that has made you just, like, gawk at your computer?

LADSON-BILLINGS: The thing about saying one race is better than the other. I can’t find that anywhere in any of the literature that I’ve read. This notion that we’re trying to make people feel bad - you know, it boggles the mind, but I guess it tugs at the hearts of people. And so I am seeing, you know, examples of board meetings and, quote, “town halls” where people are giving testimony that their children feel bad about being white. And it just - where was all this furor about the way people feel back in the 1950s and '60s, you know?

I think about someone like the Little Rock Nine. They were feeling bad, too. You know, I think about the young woman who integrated the New Orleans schools for us. You know, these brave people were willing to fight against racism in a very direct way, put their own bodies on the line. And yet what I’m hearing bears no resemblance to the work that I’ve been dedicated to studying for the past 30-plus years.

BTW since it is a framework, one has to check papers and journals from the ones using CRT to see research that has to be looked at on a case by case basis as the subjects and conclusions have to be checked to see how they hold up, just like other research does.

I believe you cited that in the boogeyman topic, because I’ve already got that one. But let’s not hijack this pitting, I’ll work my way through the GD discussions on my own.

Of course, the basic lesson is that what the conservative governors are going for is beyond stupid.

More information on the subject: 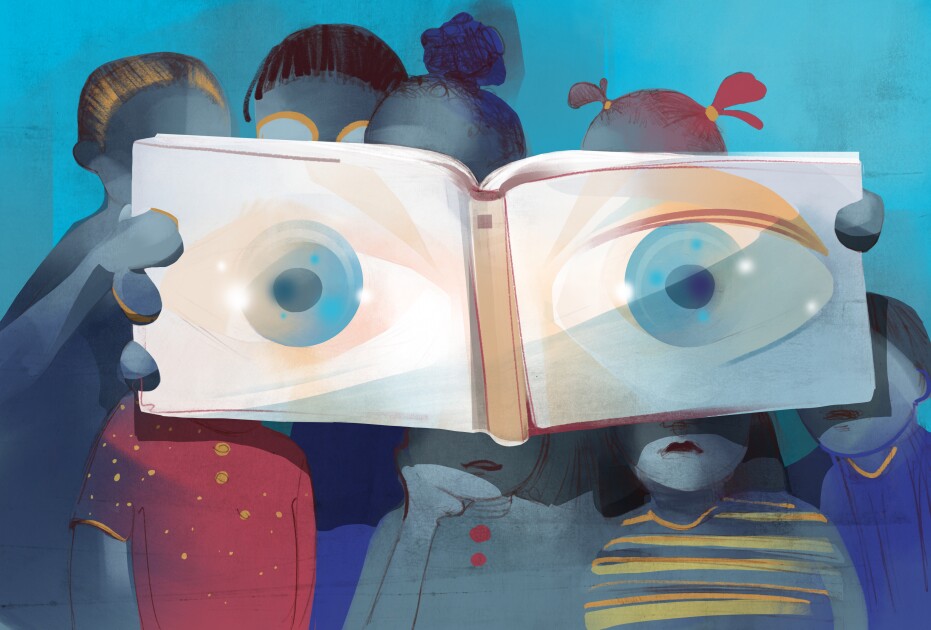 What Is Critical Race Theory, and Why Is It Under Attack?

Debates about critical race theory are coming to your district, board room, and classroom. Here's what you need to understand about the academic concept—and how it's portrayed in political circles.

Critical race theory is an academic concept that is more than 40 years old. The core idea is that racism is a social construct, and that it is not merely the product of individual bias or prejudice, but also something embedded in legal systems and policies.

The basic tenets of critical race theory, or CRT, emerged out of a framework for legal analysis in the late 1970s and early 1980s created by legal scholars Derrick Bell, Kimberlé Crenshaw, and Richard Delgado, among others.

A good example is when, in the 1930s, government officials literally drew lines around areas deemed poor financial risks, often explicitly due to the racial composition of inhabitants. Banks subsequently refused to offer mortgages to Black people in those areas.

The thing about saying one race is better than the other. I can’t find that anywhere in any of the literature that I’ve read. This notion that we’re trying to make people feel bad - you know, it boggles the mind, but I guess it tugs at the hearts of people. And so I am seeing, you know, examples of board meetings and, quote, “town halls” where people are giving testimony that their children feel bad about being white. And it just - where was all this furor about the way people feel back in the 1950s and '60s, you know?

I think about someone like the Little Rock Nine. They were feeling bad, too.

Bringing up the Little Rock Nine sounds counterproductive to the claim that they are not trying to make people feel bad. The most charitable interpretation is that unless your injustice is greater than anyone else’s injustice ever, you have no right to complain.