Because on the first assertion, he is wholly wrong – and that’s the one I was asking him to support.

I’m happy to posit you were the flawless in your posts in that thread. Others just piled on. People kept bringing up the strawman that you can’t stop people from going from one state to another, others just expressed disbelief that such a law could even be possible.

I just get sick of his “can’t dazzle 'em with brilliance so baffle 'em with bullshit” approach.

It was pure bootstrapping for him to pretend he was arguing all along that states have a constitutional right to pass whatever laws they choose, and it’s disingenuous as hell. That was not what drove my request for a cite. It was his garbage pretense that states do this stuff all the time. They don’t. Martin_Hyde says the same in one of his more recent posts in that thread.

Here’s the thing: States have typically ceded interstate issues to the Feds. That’s why the only examples being presented are based in federal law. It is novel, as Martin_Hyde points out, for a state to attempt to assert jurisdiction over conduct occurring in another state. Among many other dangerous – and at the moment, likely unconstitutional (Roe) precedents – the Texas law seeks to abridge the power of the Feds to maintain this distinction.

I am always, always open to being shown I am wrong and I certainly don’t claim any superior expertise in law to most lawyers. But UV resorted to simple misdirection, and as is often the case with him, it works.

A leisurely breakfast at Mi Tierra

“Strawman”? I, for one, brought up the fact that freedom of movement between states has long been enshrined as a fundamental right in the US Constitution, and even before that, in the original Articles of Confederation, and by decades of precedent in the Supreme Court. That’s not a “strawman”, it bears directly on whether a law infringing that right is constitutional.

Not trying to drag the debate over here, but just wanted to address that one point.

Not trying to drag the debate over here…

Agreed with @MrDibble that he’s run the mods out of patience, as they gave him more than enough rope, but not that he’s melting down. Yet.

Once they get to the point they start taking proactive action, like a cooling off suspension or a temporary topic/tactic ban, then he’ll start melting down.

Then again, back at #638 he’s gotten a lot worse, and IMHO more obvious, causing me to slap an ignore on him. And that such a pattern has lead to flame outs and bans before. May it come soon.

shakes head How is this guy not a troll?

UltraVires , you may want to seriously consider not making 9 posts in a 43 post thread if you know nothing about the subject.

Under that logic, I think @UltraVires should “seriously consider” not posting in any thread, anywhere.

That right there is textbook concern trolling from UltraVile. The disingenuous line of arguments about how oh so sincerely worried he is that this reactionary candidate might win and oh those poor French liberals might not see it coming because they’re so meeeeeaaann to all the racists who would support a candidate like her that the racists just clam up and don’t respond honestly to polling. If only racists could air their views openly, we could totally dissuade them of their bigotry. But instead they’ve become a silent majority while relegated to the shadows…for now.

Here’s what worries me.

UltraVile has an appalling legal mind. Unfortunately, so do lawmakers and judges in Texas, and so does most of the US Supreme Court as well now thanks to the depredations of the GOP and the systemic failure of the Democratic Party to effectively manipulate the levers of power where and when they can.

So while things shouldn’t work the way Texas is trying to make them work, I fear they will. And UltraVile and likeminded bigots will be bouncing up and down with glee.

This is not normal.

Which thread are you talking about?

He’s doing the same thing with the insurrection as he did with the Russian attack on the 2016 election. He’s focusing on one tiny aspect of an enormous undertaking, and pretending like that accurately describes the whole thing.

The insurrection is described as people trespassing and breaking shit. This ignores like 95% of the insurrectionist activity. He will post this repeatedly despite being corrected.

14th Amendment - Section 3: Can it apply to someone running for president?

Not just people trespassing and breaking shit on one single day.

With the 2016 election it was, “My understanding was that the Russians just put out garbage on Facebook and other social media.” This ignores like 95% of the insurrectionist activity. He posted this repeatedly despite being corrected every time.

I note he’s also doing the faux-innocent “Why would Disney care if we don’t teach sex ed to K-3 kids?” question, which ignores both the rather larger issues with what the law will do and why a sizable percentage of the public don’t want Disney to support it.

I note he’s also doing the faux-innocent “Why would Disney care if we don’t teach sex ed to K-3 kids?” question

Considering that sex ed in those grades is mostly about recognizing, avoiding, and reporting sexual abuse, my question is why does @UltraVires not want kids taught about that?

Kind of (not really) miss Bricker for this sort of narrow, technically correct but morally repugnant arguing over legal points. He was a lot better at it. Never really fooled anybody but you rarely caught him making outright false or logically inconsistent/incorrect statements, unlike our at least theoretically learned colleague from West Virginia.

… unlike our at least theoretically learned colleague from West Virginia.

Considering that sex ed in those grades is mostly about recognizing, avoiding, and reporting sexual abuse, my question is why does @UltraVires not want kids taught about that?

Because (gasp) the teacher might also acknowledge that Heather has two mommies.

My son had a friend in k-3 who DID have two mothers. We went out to pizza with them a couple of times, and one of the moms recommended a dentist with a good hygienist, whom we went to for years. Personally, I think the teacher shouldn’t be fired if a kid asks a question about that, and the teacher answers it. But hey, who am I?

Personally, I think the teacher shouldn’t be fired if a kid asks a question about that, and the teacher answers it. But hey, who am I?

Of course the teacher shouldn’t be fired. As long as their answer is to contact CPS and have the children taken away from a household living in sin, anyway.

/s in case there is any confusion there.

/s in case there is any confusion there.

if only ending Satan was as easy as typing a “/”. 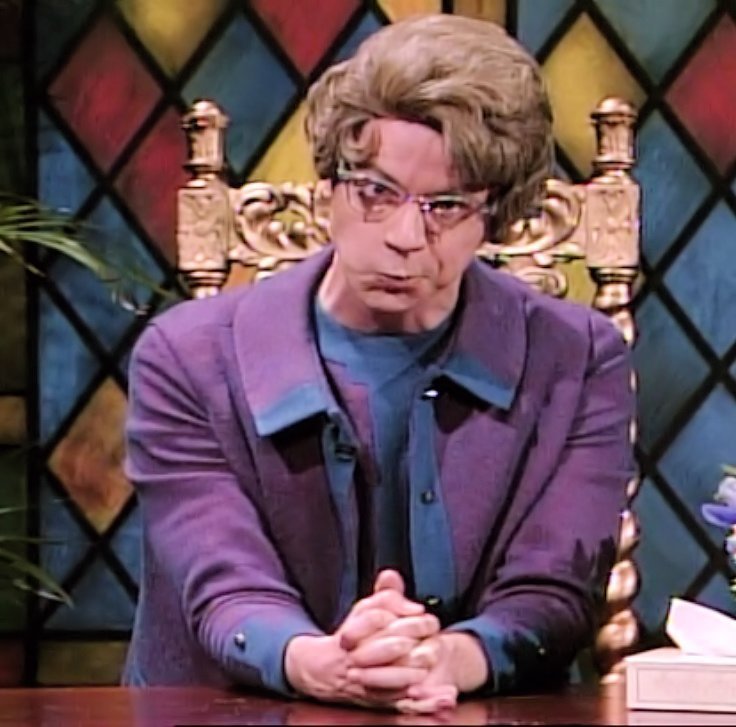